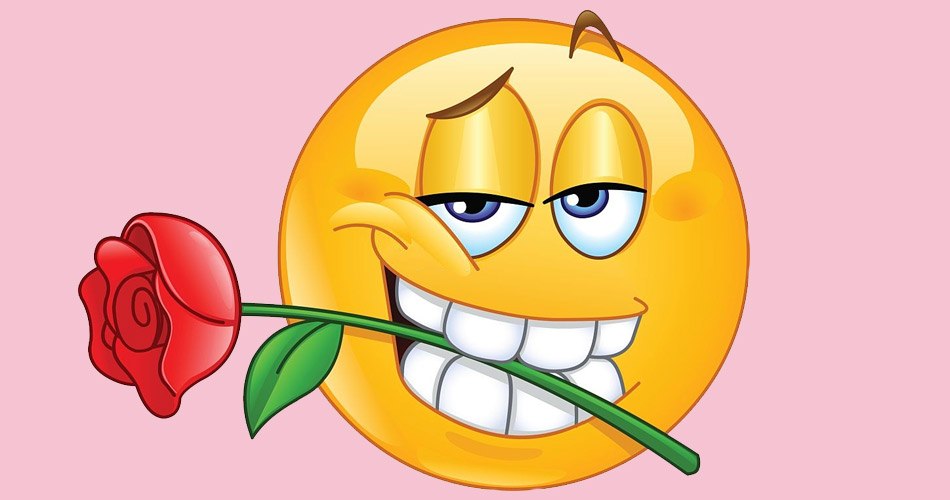 Digital interactions have become an entity of their own. To be fluent with it, you need to make sure you know the meanings behind popular and most used emojis. In this article, we’ve listed down ten emojis you can use to flirt with anyone effortlessly successfully. These emojis will take your texting and commenting game to new heights.

If you want to make the most out of responding to a thirst trap story or a post, comment with the drooling emoji, and you’re sure to get your meaning across effectively. You don’t have to use it every time so as not to lose its meaning. You can use the drooling emoji for its original meaning—just drooling when somebody posts food.

Everyone knows the meaning of the eggplant emoji. Its phallic shape corresponds to a male body part, but both genders can use this emoji to convey cheekiness. Use sparingly, and in the right context, to prevent being vulgar. It’s more effective to use with an accompanying message, something that may or may not involve a double entendre.

Another emoji that resembles a body part, the peach emoji, is popular for “behind” the scenes conversations. Its fuzzy appearance looks like a derriere, and it can be effectively used for when you want to explore the wild side. For girls, it can also be used for looking over-the-shoulder ass-showing pics for Instagram. Got a thirst trap waiting to be posted? Then peach emoji it is. It will get your message across succinctly.

There’s nothing more flirty than randomly sending a heart eyes emoji on a story, a post, or even a DM. It’s straightforward in meaning, and the message won’t be misconstrued at all. It’s plenty flirty, just the right enough appreciation and playfulness at the same time.

Nothing is more obscene than a tongue emoji paired with the right kind of sexy emojis. But as a standalone, the tongue emoji can also be playful and teasing as is, so use it accordingly. Suppose you want to stir the conversation into a sexier mood, couple this emoji with the peace hand emoji or the eggplant emoji. Only use it for flirty messages and read the room if it is warranted.

Do you see those fire emojis in the comment section when a super attractive girl or boy posts a thirst trap? Well, that should say something. The fire emoji conveys that you appreciate the other person’s post, but you’re also all hot and bothered by it. Using the fire emoji also means that you find them very attractive, so when it’s time to get this emoji out, utilize it in droves.

Another great emoji for flirting, the flexed bicep emoji, denotes something akin to strength, but it can also be loosely used for “power,” “gym,” and “muscles.” When you comment this emoji on a post, story, or even just sending it as a reply, you are saying that you appreciate the person’s grit, grind, and persistence. Sweat, muscles, and iron connotes another kind of sexy, so use this to your advantage.

The see no evil emoji is the one with a monkey that’s lifting both its hands in possible embarrassment. To effectively use this emoji for flirting, you would need to have a confession first. Or for when you are sending something sexy to the other person. Following those up with the see no evil emoji means you’re embarrassed, at the same time looking forward to what they think.

This is another straightforward way to make known that you are being cheeky, naughty, and downright flirting. The devilish grin emoji is perfect for when you are being forward – in terms of what you want and how you want it done. Use it in direct messages as well as chats, but make sure you clarify its context.

They say that red is an attractive color. Well, the hot lips emoji embodies just about everything sexy about the color red. It could mean many things: a kiss, a seal of approval, even oral. So the next time you want to get your man or woman’s attention, try sending them the hot lips emoji and see how they react! If they’re agreeable about it, then you should get it on!

Flirting online is a whole new skill to master. The emojis listed above are the basic emojis you can add to your default library of most-used emojis to boost your chances of likely snagging that date with the cutie you’ve been eyeing for quite some time now. What are you waiting for? Make your move with the help of these emojis!