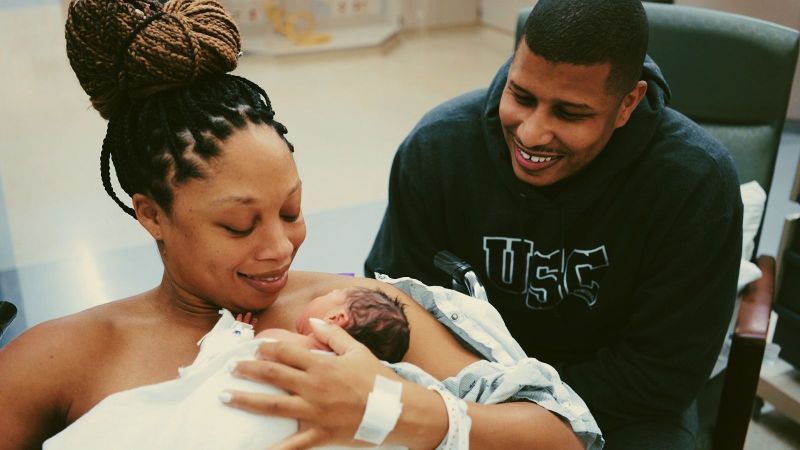 Less than a year after welcoming her first child via an emergency cesarean section, Olympic gold medal runner Allyson Felix broke a record to move her past the fastest man alive.

On Sunday, Felix, 33, won gold at the track and field World Championships in Doha, Qatar, while racing in a mixed-gender 4×400 meter relay, according to CNN.

This latest victory means Felix now has 12 gold medals at the World Championships — which breaks a tie she held with fellow Olympic medalist Usain Bolt, considered the fastest man in history, who earned 11 gold medal wins at the championships before his retirement.

Related Topics:Allyson felix
Up Next

Ghanaian Pizza brand, Pizza Inn has opened a new branch in East-Legon and has FREE pizza pies and more to share this christmas season. END_OF_DOCUMENT_TOKEN_TO_BE_REPLACED

Dancehall act, Stonebwoy has hinted that his legal team is taking serious action against his former signee Kelvynboy for comments he made after he was attacked in Ashiaman recently. END_OF_DOCUMENT_TOKEN_TO_BE_REPLACED

Internet sensation and “King of Gh Rap”, AY Poyoyo has caught the international audience with his unique style of music. END_OF_DOCUMENT_TOKEN_TO_BE_REPLACED

Canadian singer, Justin Bieber has reacted to the sexual assault allegation made against him by a Twitter user identified simply as “Danielle” with evidence. END_OF_DOCUMENT_TOKEN_TO_BE_REPLACED