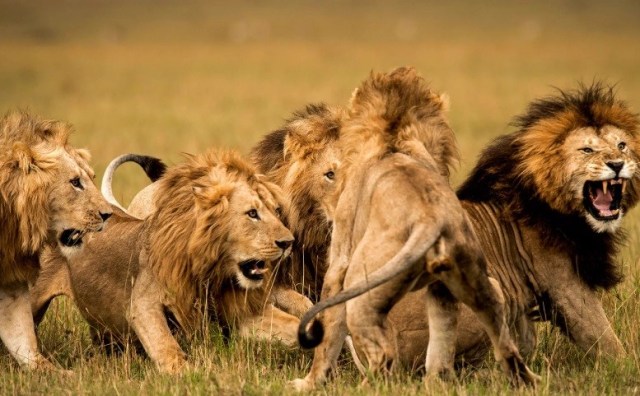 A pride of 14 lions have escaped from the Kruger National Park, Limpopo in South Africa.

The group of lions were spotted roaming near a mine in north-east South Africa, prompting warnings from local officials. Residents living in and around Phalaborwa have been warned to be very careful.

Rangers are monitoring the animals, and authorities plan to capture them and release them back into the reserve.

Limpopo province officials warned civilians to “be alert at all times”.

LimpopoLEDET confirms the sighting of about fourteen lions roaming around Phalaborwa Foskor Mine. “It is suspected that the lions escaped from Kruger National Park. The Limpopo Department of Economic Development, Environment, and Tourism (LEDET) has allocated field rangers to closely monitor the pride’s movement prior action to be taken,” LEDET said.

“A meeting held between LEDET, The Kruger National Park and Greater Balule concluded that the lions are to be captured and released back at Kruger National Park. Employees at Foskor Mine and members of the public are hereby advised to be alert at all times.”

The area is largely fenced off, and it is unclear how the lions left the park.

Just two days ago, Kruger National Park confirmed one of its staff member’s children had been mauled to death by a leopard. The leopard was later tracked and shot in an attempt to prevent the animal from harming another person.

A federal judge signaled on Wednesday that she plans to order disgraced R&B superstar R Kelly to pay more than $300,000 to one of his victims in a decades-long scheme to use his fame to sexually abuse young fans. END_OF_DOCUMENT_TOKEN_TO_BE_REPLACED

Coolio, who rose to fame in the ’90s with hits like “Gangsta’s Paradise” and “Fantastic Voyage,” has died. END_OF_DOCUMENT_TOKEN_TO_BE_REPLACED

NBA YoungBoy welcomed a new addition to this family recently as his fiancée Jazlyn Mychelle gave birth to a baby boy. END_OF_DOCUMENT_TOKEN_TO_BE_REPLACED

Lil Wayne is on the move. END_OF_DOCUMENT_TOKEN_TO_BE_REPLACED