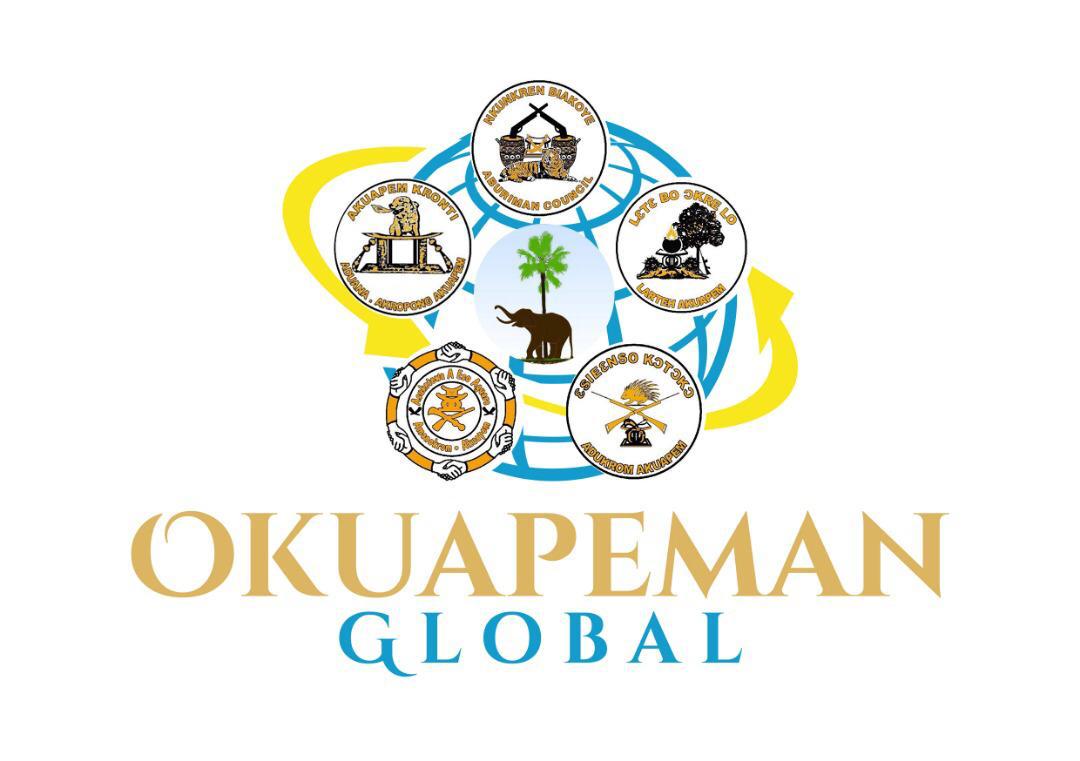 Okuapem Global, a foundation working towards the mobilization of material, human, socio-cultural, and financial resources to support the development of citizens of Akuapem through effective and efficient leadership, has issued a statement to condemn the actions of Instagram-star, Rosemond Brown.

The Foundation found the need to issue the following statement because Rosemond is more popularly referred to as ‘Akuapem Poloo’. The statement signed by Nana Bekoe Dankwah (General Secretary) reads:

We of Okuapeman Global, have taken note of the activities of a certain Rosemond Brown whose showbiz name is Akuapem Polo.

Much as we are excited for the use of the name “Akuapem” in her showbiz name even though she is or not in any way a citizen of ‘’Akuapem’’ we state in very clear terms that we are beginning to get worried over her acts which seem to be always controversial and which put her in a terribly bad light.

For us we think that some of her acts, especially her present nude pictures in front of her son and sharing the said nude pictures with the whole world and the very puerile excuses she gave for undertaking the said act will make her a good patient for psychiatric examination and we humbly request of her to consider taking an immediate visit to the hospital in that regard.

As for the indecent exposure and all that comes with the said picture, we leave it for the appropriate state institutions.

However, it is our expectation that Rosemond Brown, in the use of the word “Akuapem” which is the identity of Akuapems who are known for being well cultured and well brought up, she will do everything to keep flying high the image of the name which attracted her to its use instead of the collateral damage the use of the name ‘’Akuapem’’ as part of her showbiz name vis a vis her controversies seem to be doing to our image as a people of Akuapem decent. 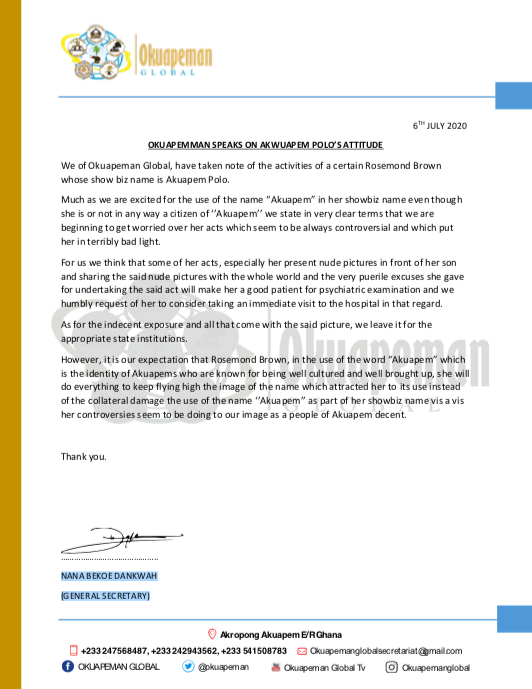 Meanhwile, Akuapem Poloo has been arrested by officers from the Criminal Investigations Department (CID) of the Ghana Police over her controversial nude photo with her son.

According to Nana Yaa Konadu of Peace FM who confirmed Poloo’s arrest on Peace FM this afternoon, Akuapem Poloo was picked up and sent to the headquarters of the Domestic Violence and Victim Support Unit in Accra.