The final burial rites for popular veteran actress, Beatrice Chinery popularly known for her role as  ‘Miliky MiCool’ on ‘Kejetia” has been announced.

According to her funeral poster which is circulating on social media, she will be buried, July 11th. Her memorial is expected to happen at their family house in North Kaneshie. 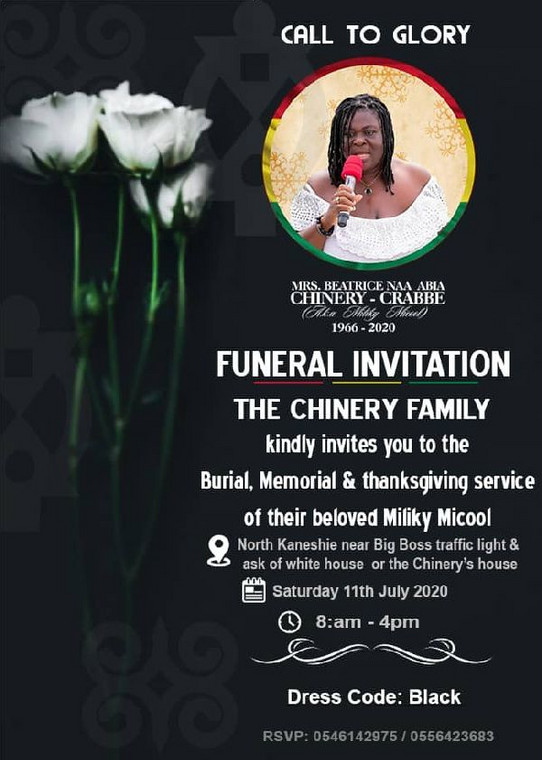 Legendary Ghanaian highlife musician and performer, Kwabena Kwabena has revealed what inspires him to get his lyric juices flowing.  END_OF_DOCUMENT_TOKEN_TO_BE_REPLACED

Ghanaian Media Personality, Jessica Opare Saforo has stated that working for close to two decades in the media took the best parts of her life. END_OF_DOCUMENT_TOKEN_TO_BE_REPLACED