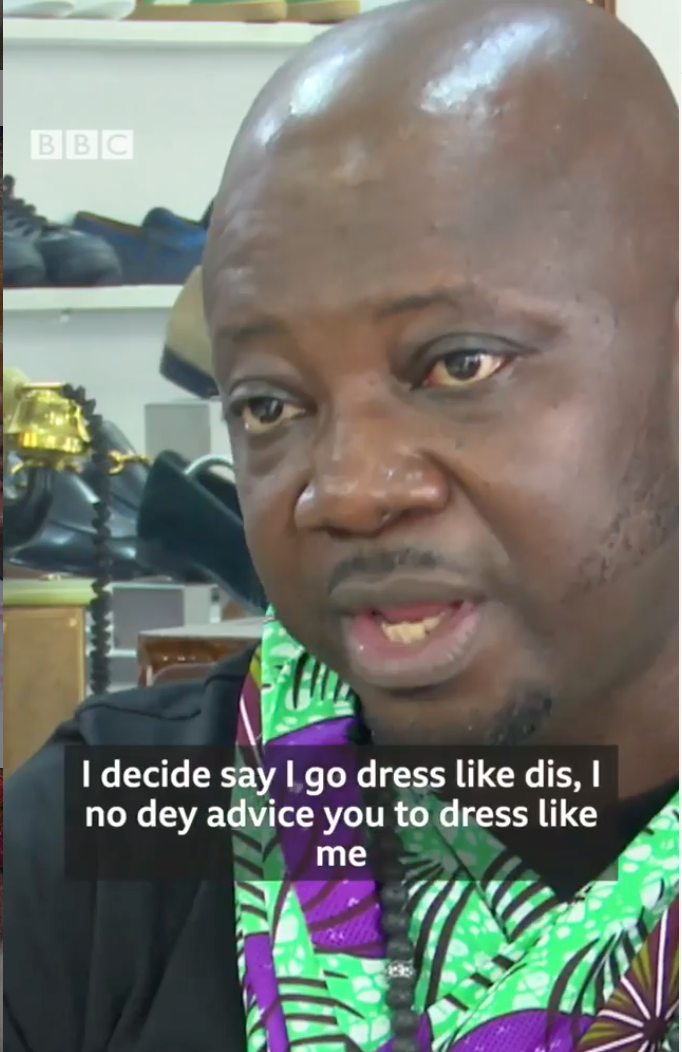 Owner of Zara Boutique in Accra, Richard Brown, popularly known as Osebor has been featured on the BBC network.

The baby daddy of General Manager of GhOne TV, Nana Aba Anamoah has been causing quite a stir with his sense of fashion over the last few months.

His unique sense of style captured the heart of the BBC who has since done a feature on him.

The feature which has been posted on the BBC Pidgin page on Instagram sees Osebor describing his sense of style as “fashion madness.”

“When God says yes, who are you to say no. Your time will come soon. Don’t stop praying, is just a matter of time. Just be focus on your dreams,” Osebo says as he shares his excitement of being featured on the BBC.

Ghanaian actress, Yvonne Nelson, has come to the defence of veteran actor, Psalm Ajetefio (TT), over his “plead for leftovers” scandal that has hit the country over the past couple of days. END_OF_DOCUMENT_TOKEN_TO_BE_REPLACED

Despite public opinion that actress Yvonne Nelson has gone silent on the current ruling party, the New Patriotic Party (NPP), she begs to differ. END_OF_DOCUMENT_TOKEN_TO_BE_REPLACED

Caring Volunteers Network (CAVNET), INC, a Ghanaian based Non-Governmental Organization has received approval as a tax-exempt organization under the Internal Revenue Code (IRC) section 501 ( c ) (3) of the United States. END_OF_DOCUMENT_TOKEN_TO_BE_REPLACED