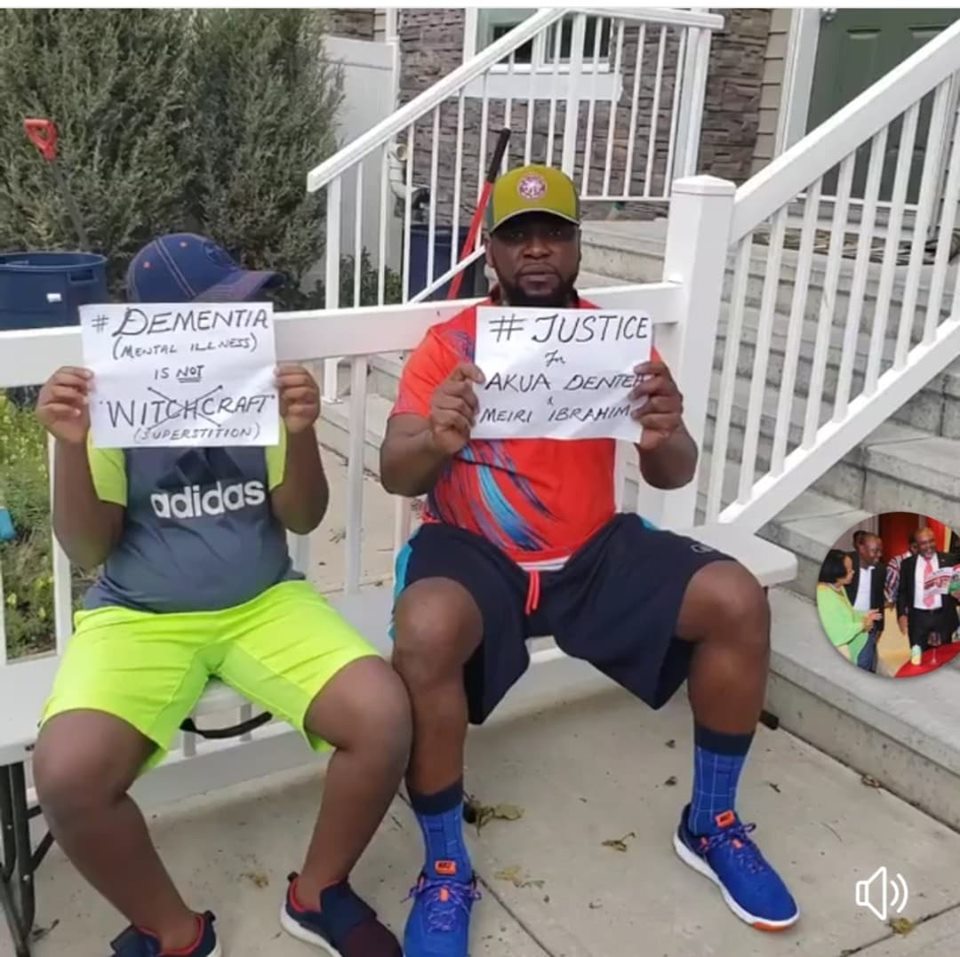 Mr. Nurudeen Benjamin Thompson has called on stakeholders to initiate programs towards protecting the vulnerable segment of the populace.

Speaking in an interview, Mr . Nurudeen said, the avoidable death of madam Akua Danteh was unfortunate, stressing that ‘’its pure ignorance that led to the lynching of grandmother Akua Denteh and others. It’s about time for the public  to appreciate the reality of how the brain slows down after being subjected to shock, trauma, stress and other related challenges’’

Mr.Nurudeen   Thompson, who is currently using the power of sports to create the awareness and prevention of Dementia on social media explained that, dementia affects everyone differently, but it commonly diminishes the victim’s abilities such as language, recognition, memory, purposeful movement, sensory perception and reasoning. Any changes in these psychomotor skills can signal damage to the brain.

He admonished what he referred to as ‘profiling our precious but innocent mothers as witches’.

According to him, the confessions as claimed by their assailants are all born by the victims inability to connect   with the right frame of mind because of dementia.

Mr. Thompson continued ‘’how shockingly Ghanaians couldn’t take the lesson from the instant murder of Captain Maxwell Adam Mahama  at Denkyira Obuasi,in central region. So therefore, I would like to implore the powerful media, community leaders and civil societies to strengthen the campaign against instant justice or mob attacks in Africa’’

Whilst lauding the swift response leading to the arrest of suspects in connection with the gruesome murder of 90-year-old Akua Denteh, Mr.Thompson appealed to the judicial service of Ghana to act accordingly, and ensure justice for the late Akua Danteh who was accused of witchcraft in Kafaba of the West Gonja Municipality of the Savannah Region of Ghana.

Emirates returns US$ 1.4 billion to customers in refunds

Self-Management for Depression and Anxiety