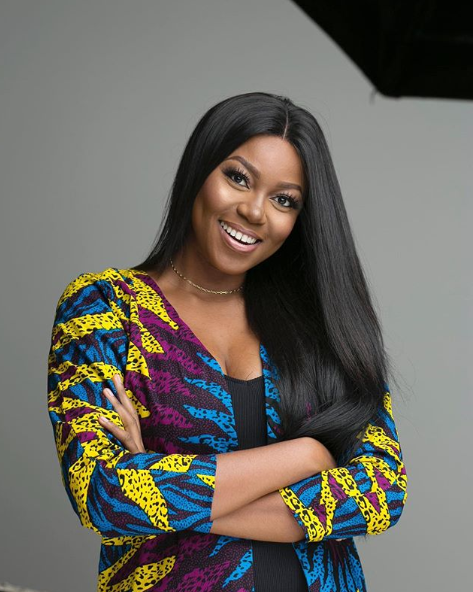 Ghanaian actress, Yvonne Nelson, has recounted a moment in her acting career where she believes strongly that “juju” was used on her.

In a recent interview on Kingdom FM, the award-winning actress stated that at the time when they were shooting “Material Girl,” she almost lost her sight due to severe pain in her eye.

According to Yvonne, right when she walked onto the set and was revealed as the lead character, her fellow actors were not happy and she felt a weird energy around them. She therefore believes they subjected her to “juju.”

“I would say once..ever since I joined the industry, it was just once that I felt that somebody may have done something to me. I was actually talking about it during my production meeting yesterday. When I got home after shooting on set one day, I realized that my eyes had turned red but I took it for granted. So because of that, I was wearing sunglasses throughout the movie. Because I was the only lead actor in that movie titled ‘Material Girl’ I knew a lot of actors on the same set were not happy for me. I just felt the energies around me that people were not happy,” she narrated.

“When I first made an appearance on set, everybody was asking why me, where they brought me from and at that point I knew that there was something wrong. After several treatments at various eye centres, I saw no improvement in my eye. It was serious to the extent we had to take a break on set because my eyes became very reddish. I locked myself up in a room all day crying and praying to God, the next day my eyes started clearing up. It was getting better,” she added.

I may marry a Ghanaian girl- Joeboy