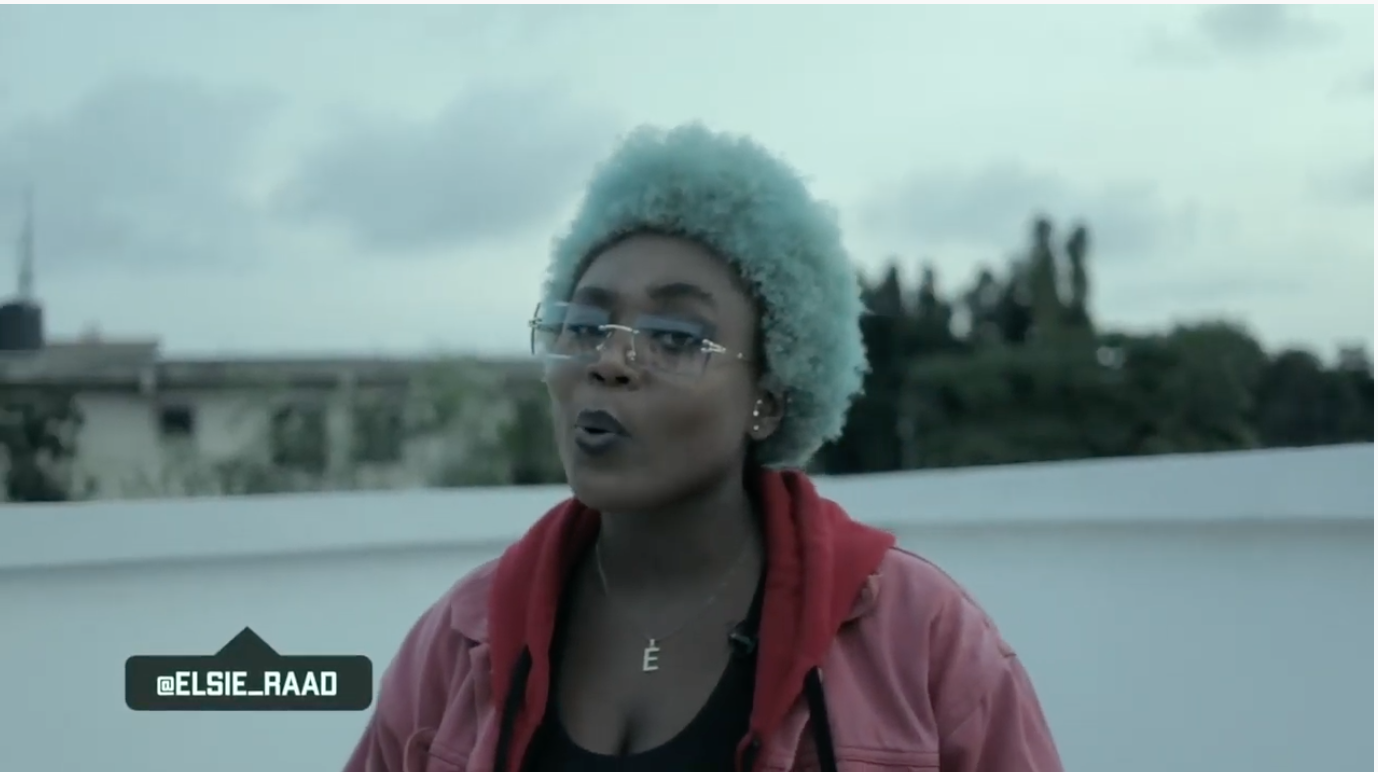 The rap and hip-hop scene in Ghana is male dominated. Although some females have broken through the ceiling and carved a niche for themselves in the genre, there’s still a lot more to be done to bridge the gap.

Creative produced and directed by PurpleLovesBlue, an artistic visionary when it comes to indie women in rap and music, the”Purple Wars All Women’s Cypher,” seeks to celebrate Ghana’s best women rappers and illuminate their significance in a space and genre that is largely dominated by men.

The cypher, DJ’d by DJMJ and hosted by Dabi Diamond features rappers Edna FG, Elsie Raad and Ms Fu, all women. All beats are original and were produced by Ghanaian, British sound engineer, Anae Music.

The recording and its visuals is a ground-breaking masterpiece set to uplift up and coming Women lyricists and to also serve as a stepping stone for existing women talents to take up the centerstage of the hip-pop genre on the continent of Africa and beyond. 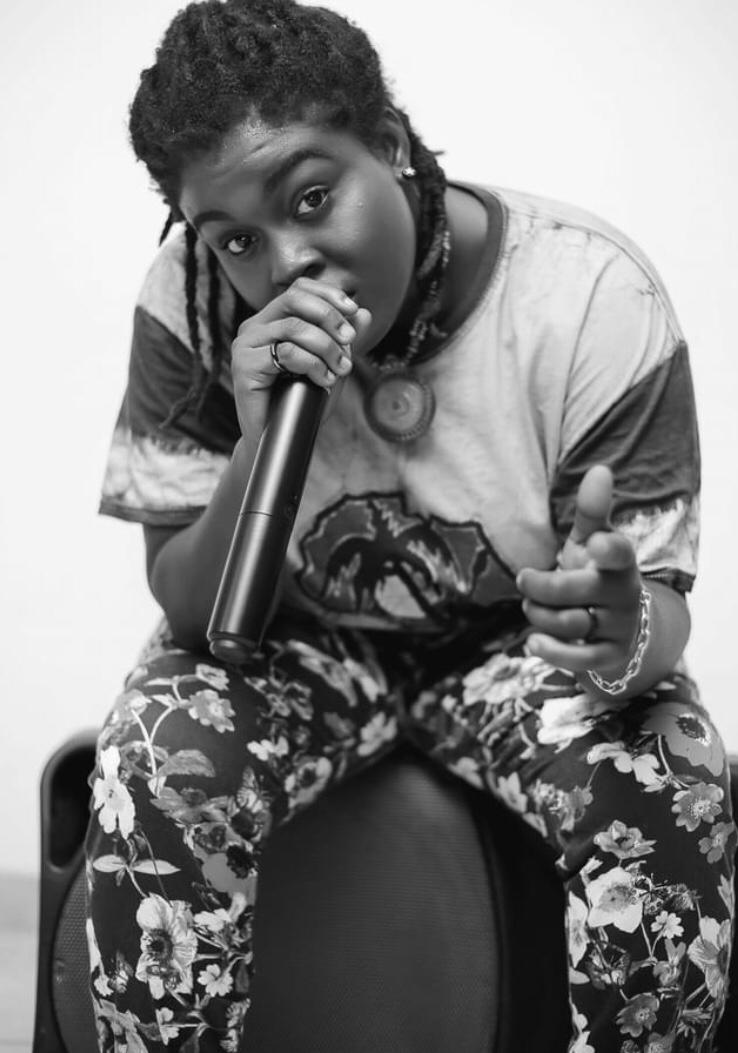 About Edna FG Born Edna Arthur, her decision to become a full-time musician at age 16 was made after her discovery of her musical talent at age 14. Edna FG lost her parents at a very tender age and had to fend and care for herself. It was at this point that she discovered music as her destiny. Thirteen years later and having to face the harsh reality of misogyny and sexism in the music industry, Edna FG is set to release her debut album in October 2021. Her hit singles, “Testimony” and “Accra City” sum up her struggle and pain and the harsh reality of living life as an independent Artist in Africa. Edna FG runs an NGO called Fertile Ground Dream Foundation, where she lends support to single mothers and orphans who don’t have anyone to care for them. Her inspiration for founding such an organization came from her own life experience as an orphan. She also operates an eco-tourism company called Grounded Hike, which encourages people to experience nature through hiking and other outdoor adventures in the Kokrobite municipality. Follow Edna FG: Twitter: @Ednatherappa Instagram: @fg.edna

With her understanding of survival, Edna FG brings an unadulterated rawness to this cypher that you simply cannot manufacture. She sets the bar high when she’s on stage or in the studio and anyone who dares share the space with her is forced to rise to the occasion. 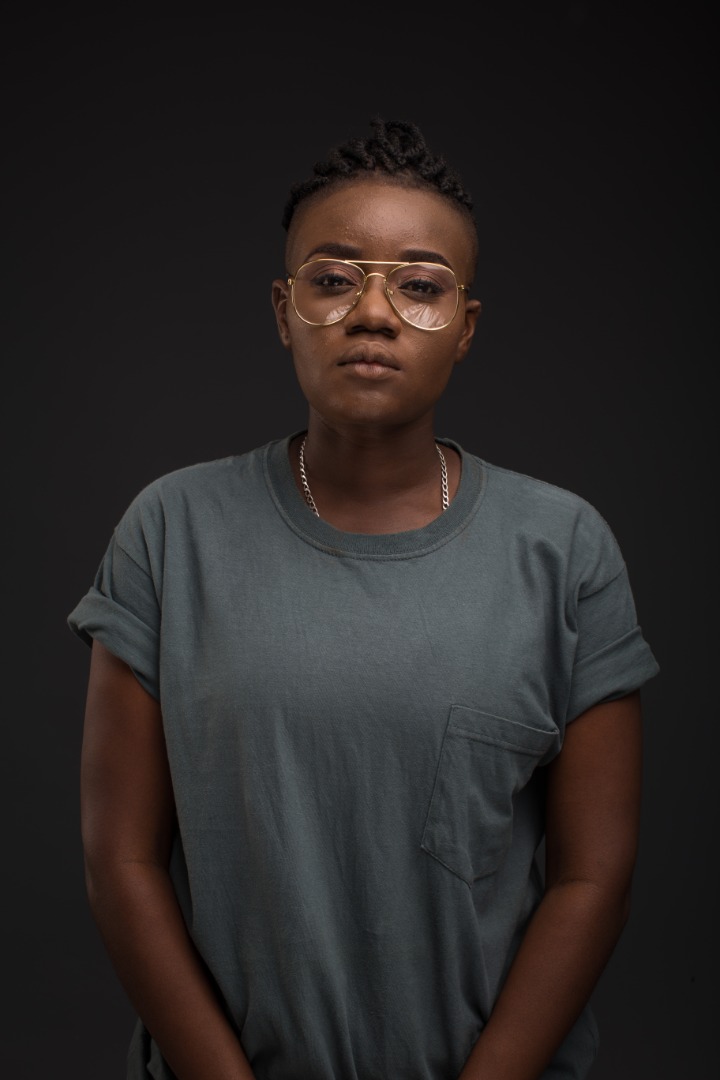 ABOUT MS FU No stranger to the GH hip-hop scene, Ms Fu has had the time to etch her name in the books as one of the dopest lyricists in the game. Although prone to creative absences, she has always delivered talent worthy of the claim. She has released several songs since outing herself as a rapper including a self-reflection tape named Note 2 Self (June 2018). The project also comes with a short film directed by Ms Fu and Summit Boahene (https://youtu.be/X9cTDvp9DU0). Ms Fu also has some collaborative projects under her belt, teaming up with five other talented women to release an empowering debut project for the Black Girls Glow initiative; Mother of Heirs (https://soundcloud.com/blackgirlsglow/sets/mother-of-heirs). Black Girls Glow is an initiative focused on fostering more female collaborations between women in a music space that is often male dominated. The twelve-track project highlights thoughts and emotions women go through in their lives. Having been under the management of one of Ghana’s finest lyricists, C-Real, Ms Fu’s style has developed into more conscious art forms which explores her mind and offers her a chance to express herself more as an artiste and human being. In her own words, being gifted with the talent of music means given the responsibility to affect lives the way music affected hers. Listen to Ms Fu here: https://soundcloud.com/pimpdaddyfu

Fu adds a playful and clever poise to the cypher through her witty lyricism. She has a classic hip-hop flavor that woos her listeners and fans with the delivery of every line. She is hypnotizing. About Elsie Raad Elsie Raad’s solo career began in 2014 in high school. She has received rave reviews from critics and fans for her emotional lyrics. She comes from a long line of musicians. Her mother like herself was a rapper, who used to win rap battles at City Hotel, now Golden Tulip Hotel in Kumasi, with the likes of Akyeame and Joe Frazier. It was Elsie’s mother who gave Joe Frazier his first ever microphone to perform on stage. Her aunt was a gospel sensation and her uncle is an amazing guitarist. Her late uncle till he passed was a rapper as well and used to have the likes of Lord Kenya, Okyeame Kwame, Okyeame Kofi, Andy Dosty and many more around the house. Music chose Elsie. It was practically waiting to happen and she is glad she chose music back. Her inspirations are mostly a combination of personality and emotions. She hopes to leave a mark on the global music scene and hopes to be able to touch on delicate and sensitive topics in her lyrics. Elsie has worked on collaborative projects in the past like a Cypher produced by Jayso https://music.apple.com/gh/album/0106-vol-5/1514932738 She also featured on the WEIRDGENUIS Vol 1. Tape

Elsie can rap at a pace comparable to Twista, which we all know is no easy feat. She brings a calm and confident fluidity to the cypher dynamics with her lyricism and her delivery. 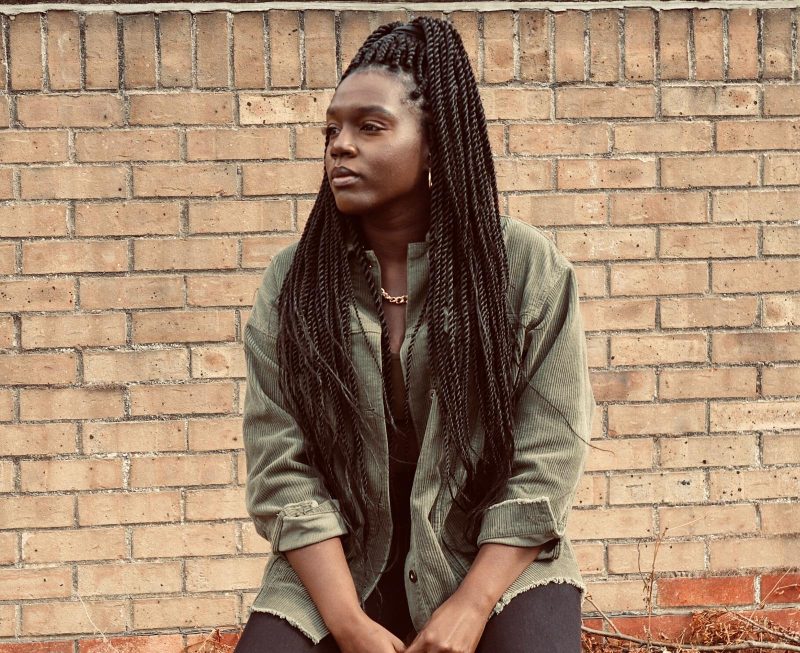 About Anae Anae is a British Ghanaian producer based in London. Having started off rapping at a young age, Anae slowly turned her interests into music production, a skill that she has been developing over the last the few years. Drawing influence from producers such as J Dilla, Timbaland and Darkchild to name a few, Anae sees herself as developing a style of beats that draws you in through hard hitting drum patterns and eventually connects to you on a deeper level, through soulful chord progressions and melodies. Anae has some projects under her belt. She self produced ‘Pillow Talk’ Mixtape with Ms Fu as Blac Cousins and then she released “The Sounds You Make – Vol 1 Hip Hop Edition which is an instrumental EP all in 2020 Follow Anae: Twitter: @Anaemusic

“I can’t date a broke person. I drive a Range Rover so if you’re coming into my life, you must drive something better” – Moesha

Caring Volunteers Network (CAVNET), INC, a Ghanaian based Non-Governmental Organization has received approval as a tax-exempt organization under the Internal Revenue Code (IRC) section 501 ( c ) (3) of the United States. END_OF_DOCUMENT_TOKEN_TO_BE_REPLACED

The Adentan Circuit Court on Tuesday, 18 January 2022, issued a warrant for the arrest of Deputy Minister of Tourism, Arts and Culture Mark Okraku Mantey. END_OF_DOCUMENT_TOKEN_TO_BE_REPLACED

KiDi’s global hit “TOUCH IT” which went viral on social media has been nominated for ‘Outstanding International Song’ at the 53rd National Association for the Advancement of Colored People (NACCP) Image Awards. END_OF_DOCUMENT_TOKEN_TO_BE_REPLACED

Actress Adowa Pee who is famed for her role in the popular Sunday Cantata drama on GTV has been hit with a health condition she is struggling to manage and has publicly called for help. END_OF_DOCUMENT_TOKEN_TO_BE_REPLACED