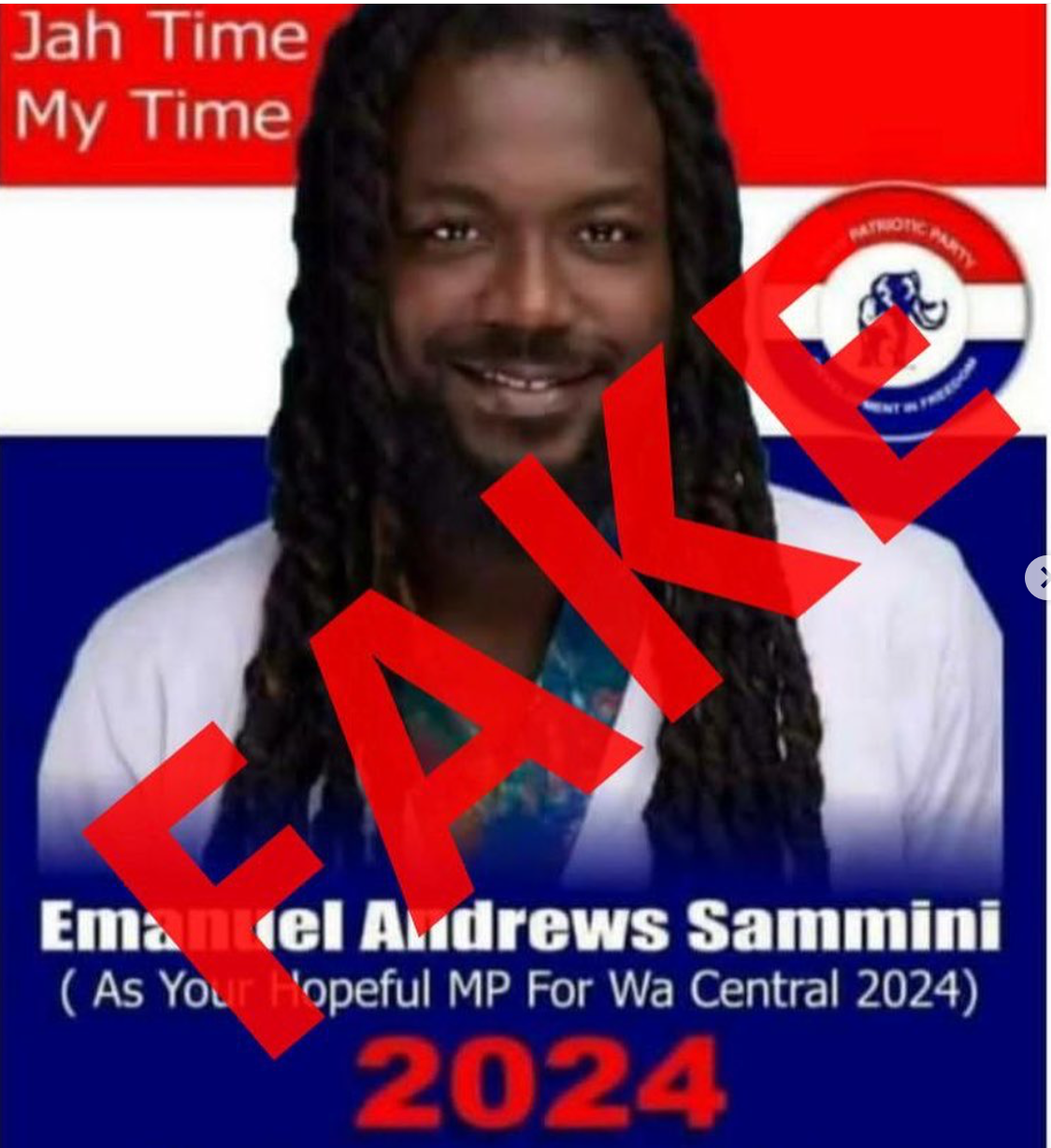 Reggae/Dancehall artiste, Samini has denied rumours that he is disappointed in President Nana Akufo-Addo for not giving him a deputy ministerial position in his second-term of office.

According to news circulating on social media, Samini stated that he is disappointed in the President for promising him a deputy ministerial position in the Tourism, Art and Culture Ministry but failed to do so.

The statement also added that he believes Nana Addo failed on his promise due to tribal reasons.

Reacting to the news on social media, Samini cautioned his followers to disregard the false news because he hasn’t made any comments regarding the deputy ministerial positions.

“It has come to my notice that some unscrupulous people are drawing my name into needless political debates. Please be informed that I have neither made any comments regarding my disappointment or otherwise of a political position nor declared my intent to run for office anywhere. NO ONE has promised me any political role and I am not anticipating any call up whatsoever to that effect,” he wrote on Instagram.

Samini also condemned the tribal remarks stating that comments like that could bring destruction to a nation.

“Much as it is in everyone’s interest to serve his nation should the opportunity arise, I think we should all condemn needless and childish political gimmicks that pitch one tribe against the other. It is sentiments like those that ignited the Rwanda genocide and I strongly condemn it! Please disregard any social media post that suggests that I plan to take political office or expressed disappointment at any party or political figure for whatever reason,” he added.

The “Linda” hitmaker however, assured his fans that should he decide to run for office in the future, he’d make it official through his social media handles.

“Should I ever consider running for office, I will make it known via official public statements on my official handles,” he concluded.

Ghanaian actress, Bisa Gbekle became the talk of town over the past few weeks after she flew all the way to Turkey to undergo body enhancing surgery. END_OF_DOCUMENT_TOKEN_TO_BE_REPLACED

Ghanaian actress, Bisa Gbekle became the talk of town over the past few weeks after she flew all the way to Turkey to undergo body enhancing surgery. END_OF_DOCUMENT_TOKEN_TO_BE_REPLACED

Ghanaian actress, Yvonne Nelson, has come to the defence of veteran actor, Psalm Ajetefio (TT), over his “plead for leftovers” scandal that has hit the country over the past couple of days. END_OF_DOCUMENT_TOKEN_TO_BE_REPLACED

Despite public opinion that actress Yvonne Nelson has gone silent on the current ruling party, the New Patriotic Party (NPP), she begs to differ. END_OF_DOCUMENT_TOKEN_TO_BE_REPLACED