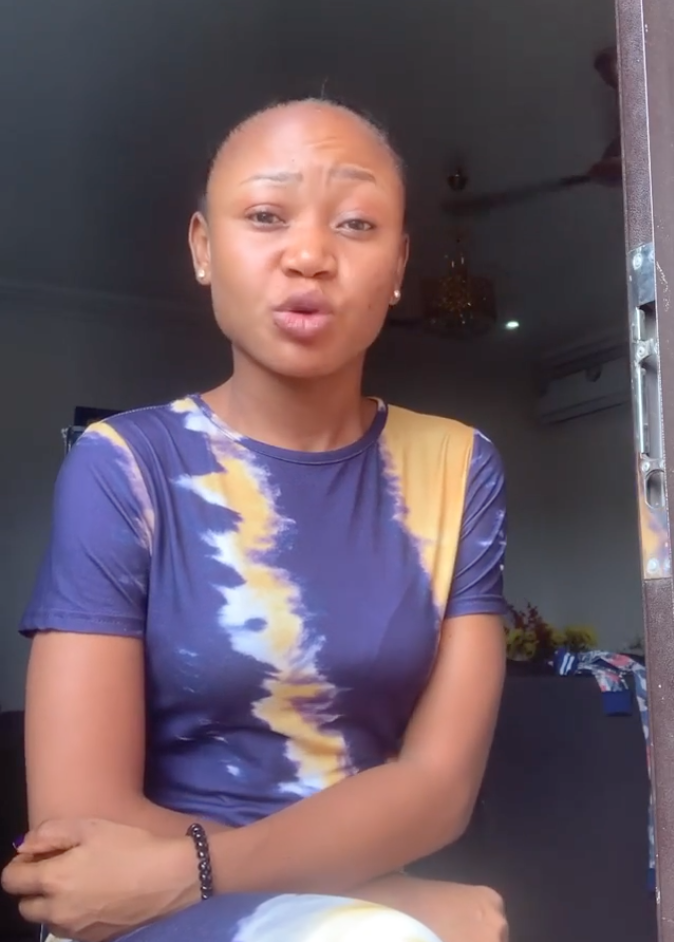 Ghanaian actress, Rosemond Alade Brown, popularly known as Akuapem Poloo has revealed she has not received any money in the form of donations during her recent conviction, and sentencing.

Akuapem Poloo was recently jailed for posing nude with her 7-year-old son and sharing the photos on social media.

During the course of her conviction, her best friend in the industry, Comedian DKB started a campaign on social media to raise funds on her behalf to aid in her legal fees and the upkeep of her son while she was away.

However, Akuapem Poloo has shared in a recent video that she has not receive a penny from DKB.

“Since I came back from jail, a lot of people have been calling my business line to inform me that they have sent money to be given to me. When I got back, I got their numbers to say thank you to them. You guys know Poloo appreciates every little thing that anyone does for her, not to talk of someone giving me money to support me. I want to say that aside @those_so_called_celebrities who was given money to be sent to me through my mother… I haven’t received money from any other person,” Akuapem Poloo narrates in the video.

She added; “since I got back from jail, people have been calling from the US and UK to tell me they have given money to someone to be sent to me but I didn’t say thank you to them and so I’m ungrateful. I’ve not received any money from anyone. A woman by the name Maa Alice called yesterday to inform me he has given DKB 4000 cedis to be given to me and I haven’t called to say thank you to her.So I called DKB to ask him about it and he refused to pick up and hasn’t returned my call till now.
Watch video below;

Some members of popular feminist group in Ghana, “Pepper Dem Ministries”, have called out ace-broadcaster Nana Aba Anamoah over recent comments she made about taking up traditional roles at home. END_OF_DOCUMENT_TOKEN_TO_BE_REPLACED

Aisha Modi has returned to social media by showing off her newly acquired body. END_OF_DOCUMENT_TOKEN_TO_BE_REPLACED

UK-based Ghanaian international singer and performer, Stephanie Benson has made a shocking revelation about her sexual life that has left fans agape. END_OF_DOCUMENT_TOKEN_TO_BE_REPLACED

Ghanaian actress and movie producer, Yvonne Nelson has opined that special treatment and incentives given to politicians should rather be enjoyed by teachers and doctors. END_OF_DOCUMENT_TOKEN_TO_BE_REPLACED

American rapper DaBaby, has shared his experience with officials at the Lagos airport. END_OF_DOCUMENT_TOKEN_TO_BE_REPLACED