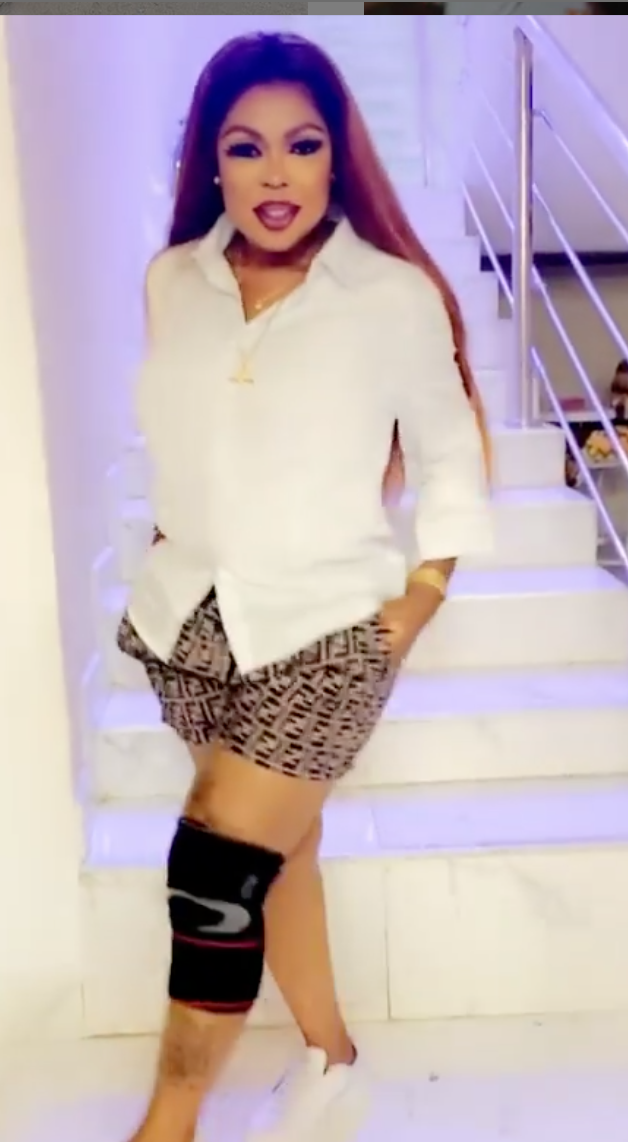 Over the last couple of weeks, Ghanaian Comedienne, Afia Schwarzenegger has been seen walking around in a bandage on her knee cap.

According to the mother of three, her Doctor has diagnosed her with Osteoarthritis, reason for the bandage and her newly developed limp.

In a video posted on her Instagram page today, Afia Schwarzenegger in a bit to inform well-wishers about her condition, explained that her Doctor has requested that she has some surgery alongside some anti-inflammatory medication.

She added that there was a third recommendation which she cannot say;

According to Afia, her doctor said;

“He said if I know how to use it, I should boil some and drink or smoke it. So with all due respect, I am putting it before Ghana police. I stopped smoking it a long time ago. So Ghana police help me, it is you guys who know those who sell wee and if you can provide me with a permit” she said.

Marriage has changed me- Patapaa