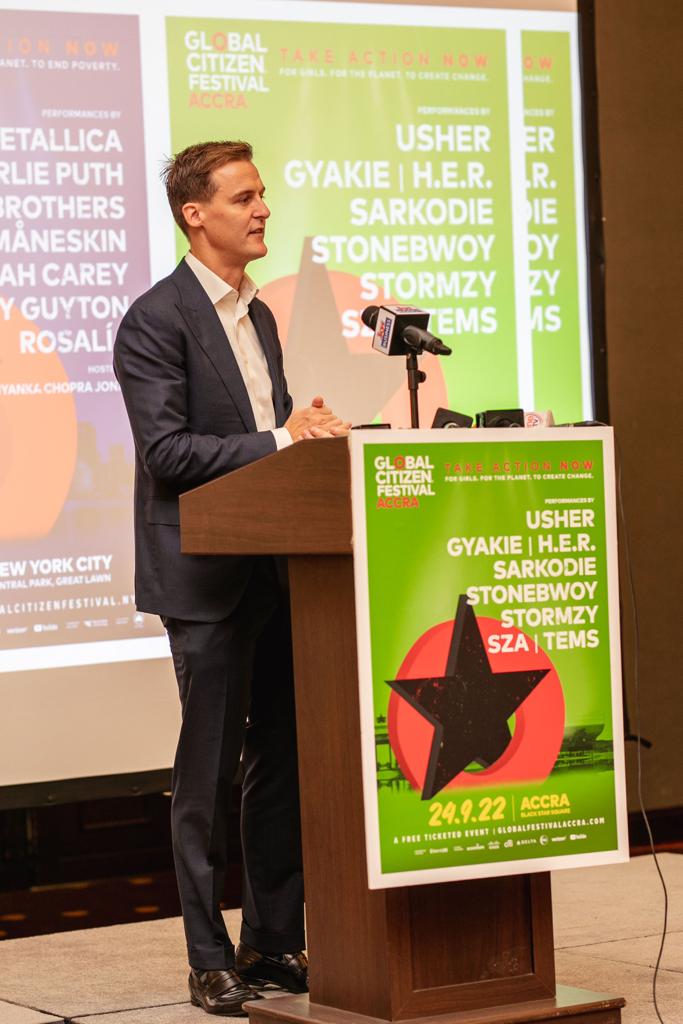 Global Citizen is an international advocacy organization and a global movement with a mission to defeat extreme poverty NOW, defend the planet, demand equity and achieve the UN Global Goals.

In attendance at the launch included a number of special guests including; Global Citizen’s CEO and Co founder Hugh Evans, together with one of our local artists who will be performing at September’s festival – Gyakie – with the the rising young poet Nakeeyat Dramani Sam, closing the event with an inspirational poem highlighting the need to uplift and empower girls and young women across our continent. 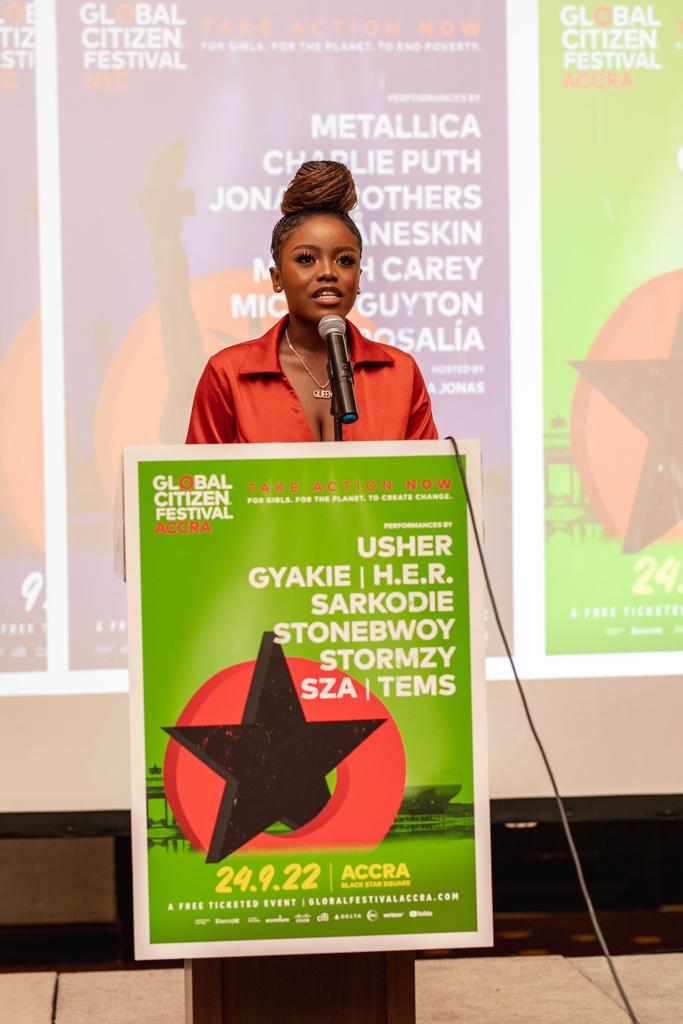 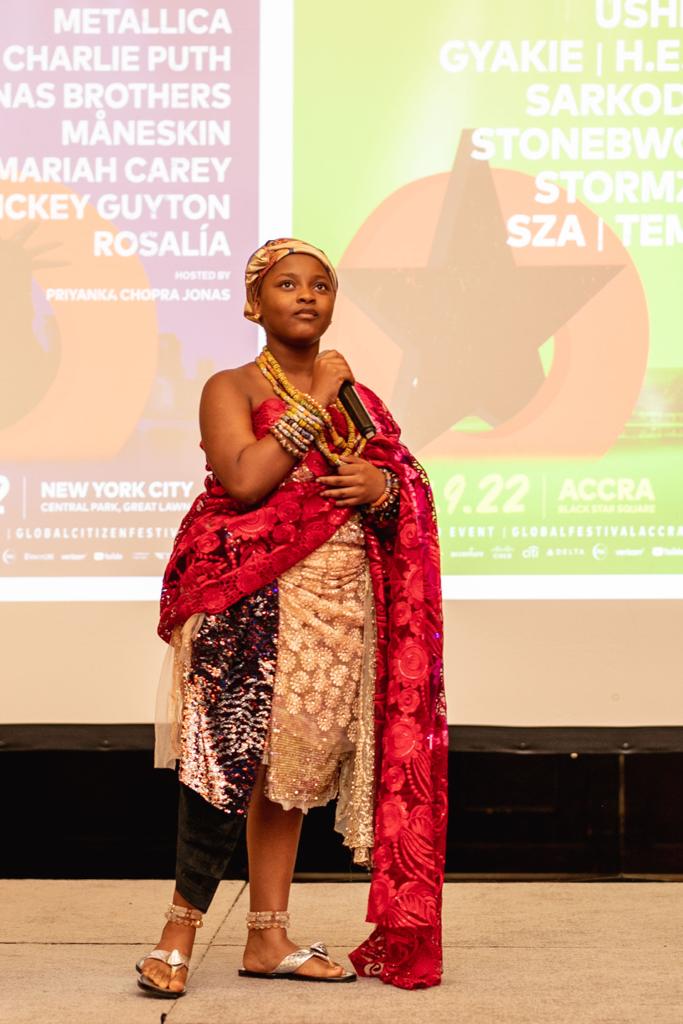 The Global Citizen Festival is much more than a concert: it’s a movement – an urgent rally cry that governments from the world’s richest countries simply cannot ignore.

This year, Global Citizen’s End Extreme Poverty NOW campaign focuses on: : empowering girls and women with education, health, nutrition, and more; taking climate action now to slow the impact of climate change; and breaking the systemic barriers that keep people from prospering. As a part of this global campaign, the Festival in Ghana will serve to celebrate regional leaders who are stepping up, committing resources, and going further, to ensure we act now and leave no one behind.

Global Citizen’s campaign, calls on our leaders to: 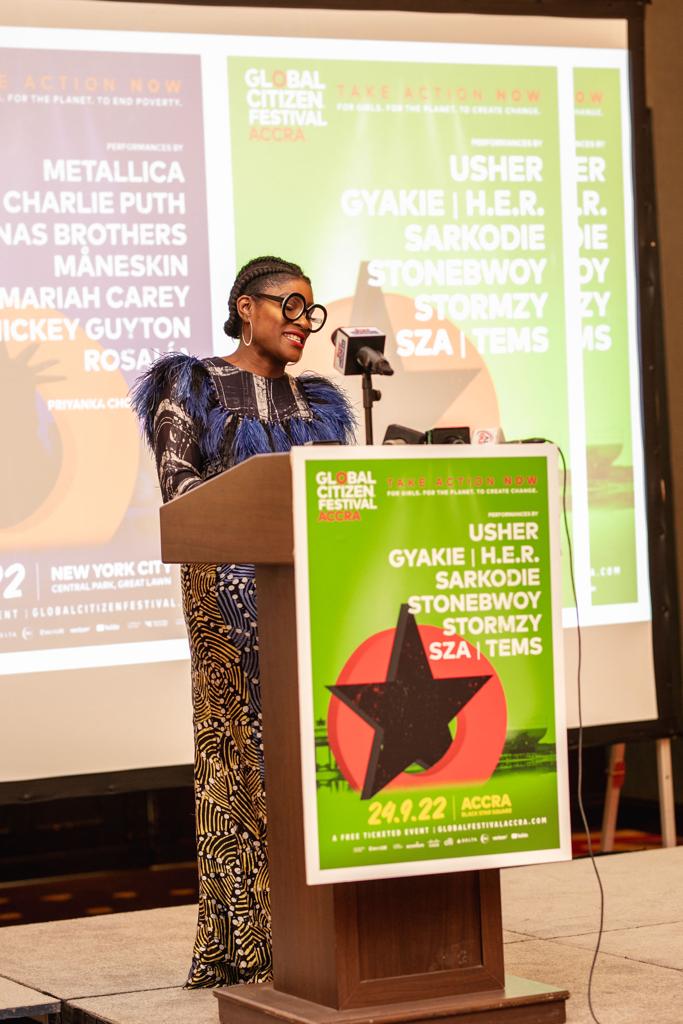 Along with celebrating 10 years of Global Citizen Festivals, this year marks the 65th anniversary of Ghana’s independence, together with the 20th anniversary of the African Union, a powerful group of nations who will help set the trajectory of the continent for the coming decades.

In 2018 Global Citizen traveled to South Africa to celebrate Nelson Mandela’s centennial. Mandela 100 laid the foundations for a movement on the continent advocating on behalf of the world’s most vulnerable.

Since the Mandela 100 Festival, in 2018, more than $4.7 billion of the total $7.2 billion in funding announced during the monumental event has been disbursed by commitment makers to communities and organizations on the front lines of extreme poverty impacting the lives of over 117 million people in South Africa and across the world.

Watch video from the event below;

Broadcaster, Serwaa Amihere has advised women not to put too much stress on their men as they may be going through a lot. END_OF_DOCUMENT_TOKEN_TO_BE_REPLACED

Dr. Edem Mahu from the University of Ghana, has received the “Africa Award for Research Excellence in Ocean Sciences” from AGU. END_OF_DOCUMENT_TOKEN_TO_BE_REPLACED

A brand-new Alisa Hotel location in Tema was unveiled on Friday, September 30, 2022 in pomp.  END_OF_DOCUMENT_TOKEN_TO_BE_REPLACED

With effect from October 1, 2022, Brussels Airlines will be one of many European airlines utilizing Aviance Ghana Limited’s services for all of its passenger and ground handling activities. END_OF_DOCUMENT_TOKEN_TO_BE_REPLACED

Music producer and artist Nektunez has a new family. END_OF_DOCUMENT_TOKEN_TO_BE_REPLACED