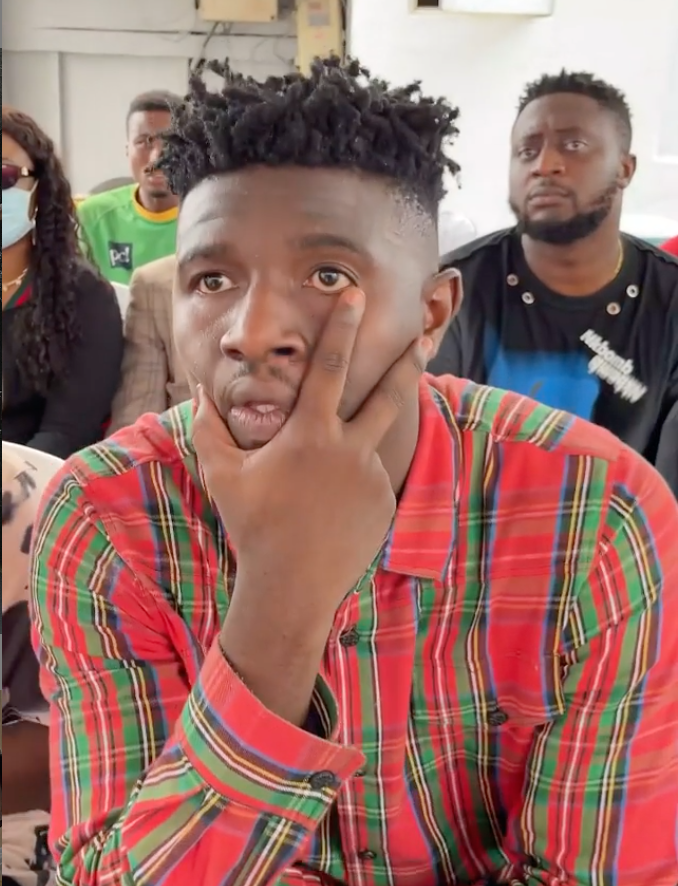 Nigerian Content Creator NastyBlaq has taken his first ever trip to Ghana, and first outside of another African country.

On his arrival, Tuesday, the popular Instagram funny guy passed through Ameyaw TV’s studio for a chitchat with Zeinat Issahaku.

In the conversation, Nasty shares his experience with Content Creation, how it all began for him and what we should expect on his first visit to Ghana.

Narrating how Comedy began for him, Nasty told Zeinat that growing up in secondary school, he used to be the funny guy in the classroom.

He however, decided to take it a notch further in 2016 when he began sharing his funny skits online.

Speaking on his experience about coming up with fresh ideas every time for his skits, Nasty said;

“It’s a level. The content creating space is a level. There was a time I was chasing comedy, but now I feel like it is chasing me. I don’t have to sit down and think deeply about content, it just comes to me naturally.”

NastyBlaq is hoping to create content with some of Ghana’s funny guys on the internet, including Comedian Warris and a host of others before he leaves back to Nigeria.

If they are a fan of what you do, they participate willingly- NastyBlaq on celebrity appearances in skits

This is why Sarkodie and Dee Money are trending on Twitter

Ghanaian actress, Bisa Gbekle has revealed that it’s not all rosy when going under the knife to get your body enhanced. END_OF_DOCUMENT_TOKEN_TO_BE_REPLACED

Ghanaian actress, Bisa Gbekle became the talk of town over the past few weeks after she flew all the way to Turkey to undergo body enhancing surgery. END_OF_DOCUMENT_TOKEN_TO_BE_REPLACED

Ghanaian actress, Bisa Gbekle became the talk of town over the past few weeks after she flew all the way to Turkey to undergo body enhancing surgery. END_OF_DOCUMENT_TOKEN_TO_BE_REPLACED

Ghanaian actress, Yvonne Nelson, has come to the defence of veteran actor, Psalm Ajetefio (TT), over his “plead for leftovers” scandal that has hit the country over the past couple of days. END_OF_DOCUMENT_TOKEN_TO_BE_REPLACED

Despite public opinion that actress Yvonne Nelson has gone silent on the current ruling party, the New Patriotic Party (NPP), she begs to differ. END_OF_DOCUMENT_TOKEN_TO_BE_REPLACED