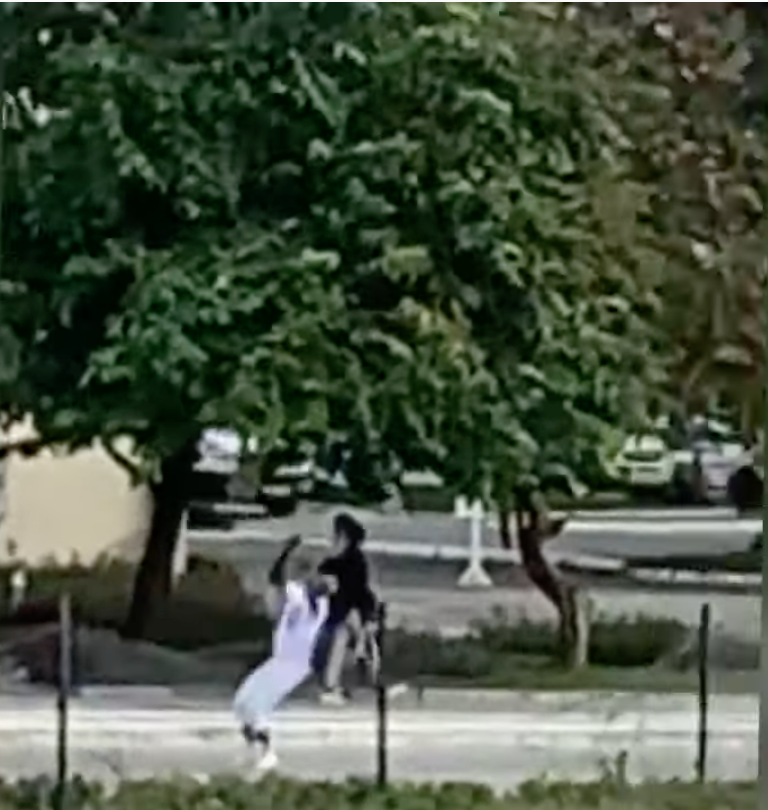 A final year student of the University of Education, Winneba (UEW) has died after a bizarre turn of events on Tuesday, September 7.

Sani was a known gymnast with the Department of Health, Physical Education, Recreation and Sports who has represented the school at competitions performing various complicated maneuvers.

But on that Tuesday, the deceased and his colleagues were walking from the examination hall in jubilation when he attempted to execute a backflip.

Unfortunately, Abdul failed in the stunt during the somersault and landed awkwardly on his neck.

A video sighted by myjoyonline.com shows students expressing a sudden shock, bringing the celebratory mood to an abrupt halt.

Another colleague of his explained that Sani had, moments earlier, successfully performed a set of acrobatic moves prior to the one caught on camera which he believes may have left him slightly destabilized

According to reports, Mr Sani was rushed to the Trauma and Specialist Hospital in Winneba for treatment.

He was subsequently transferred to a health facility in Accra where he is said to have died on Thursday.

The school’s Students Representative Council (SRC) has commiserated with the family of the deceased. 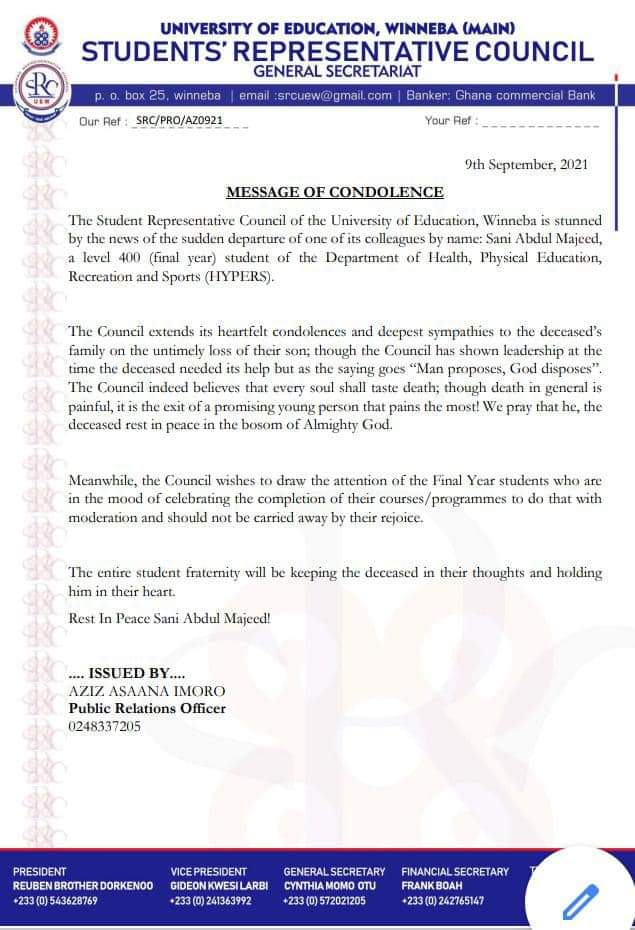 Listen UP: Abonda out with ‘Rising’

Some members of popular feminist group in Ghana, “Pepper Dem Ministries”, have called out ace-broadcaster Nana Aba Anamoah over recent comments she made about taking up traditional roles at home. END_OF_DOCUMENT_TOKEN_TO_BE_REPLACED

Aisha Modi has returned to social media by showing off her newly acquired body. END_OF_DOCUMENT_TOKEN_TO_BE_REPLACED

UK-based Ghanaian international singer and performer, Stephanie Benson has made a shocking revelation about her sexual life that has left fans agape. END_OF_DOCUMENT_TOKEN_TO_BE_REPLACED

Ghanaian actress and movie producer, Yvonne Nelson has opined that special treatment and incentives given to politicians should rather be enjoyed by teachers and doctors. END_OF_DOCUMENT_TOKEN_TO_BE_REPLACED

American rapper DaBaby, has shared his experience with officials at the Lagos airport. END_OF_DOCUMENT_TOKEN_TO_BE_REPLACED