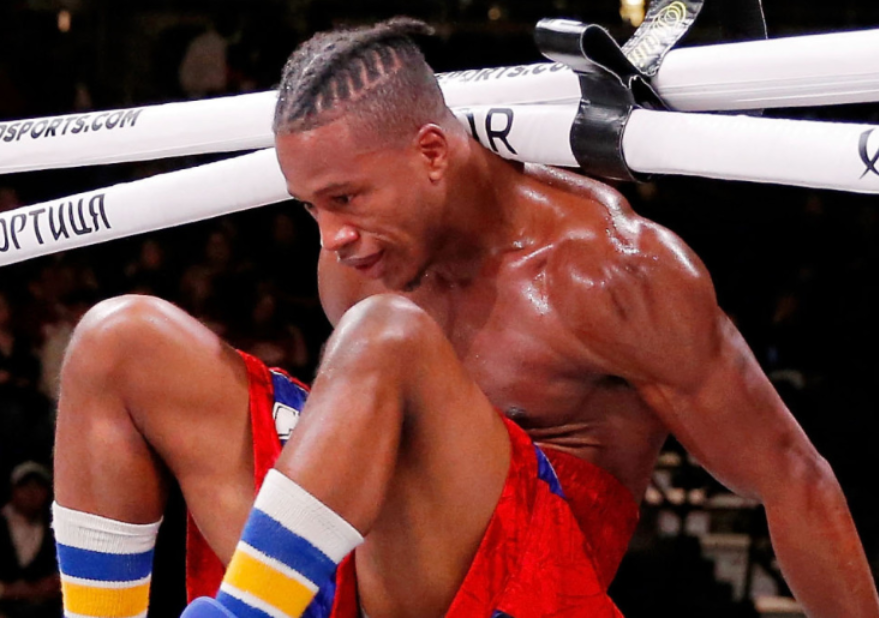 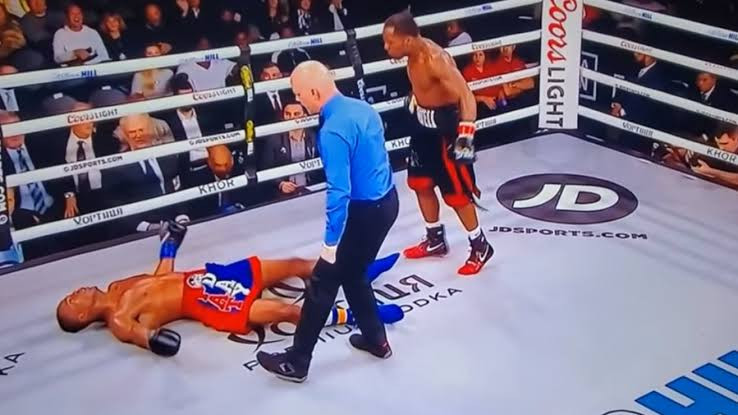 Day was knocked out in the 10th round of his welterweight bout with Conwell on Saturday (see video of the Brutal knock out here) and immediately the referee noticed he was unconscious, he called for paramedics who rushed him to North Western memorial hospital in Chicago were he had been in a coma.

He finally passed out on Wednesday night, and his promoter Lou DiBella confirmed the news to pressmen. 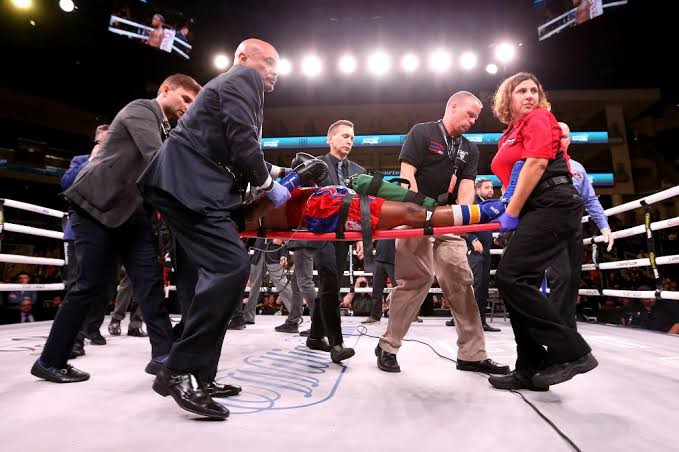 ‘On behalf of Patrick’s family, team, and those closest to him, we are grateful for the prayers, expressions of support and outpouring of love for Pat that have been so obvious since his injury,’

‘Patrick Day didn’t need to box. He came from a good family, he was smart, educated, had good values and had other avenues available to him to earn a living. He chose to box, knowing the inherent risks that every fighter faces when he or she walks into a boxing ring. Boxing is what Pat loved to do’

‘It becomes very difficult to explain away or justify the dangers of boxing at a time like this. This is not a time where edicts or pronouncements are appropriate, or the answers are readily available. ‘It is, however, a time for a call to action.”

“While we don’t have the answers, we certainly know many of the questions, have the means to answer them, and have the opportunity to respond responsibly and accordingly and make boxing safer for all who participate. ‘This is a way we can honour the legacy of Pat Day.’ DiBella said in a statement.

Conwell, the winner of the fight and the one whose punches led to Day’s ultimate death revealed on a ‘get well’ post on Sunday on twitter that he has considered retiring since the ugly incident, wishing him safe recovery nut unfortunately Day night on Wednesday. 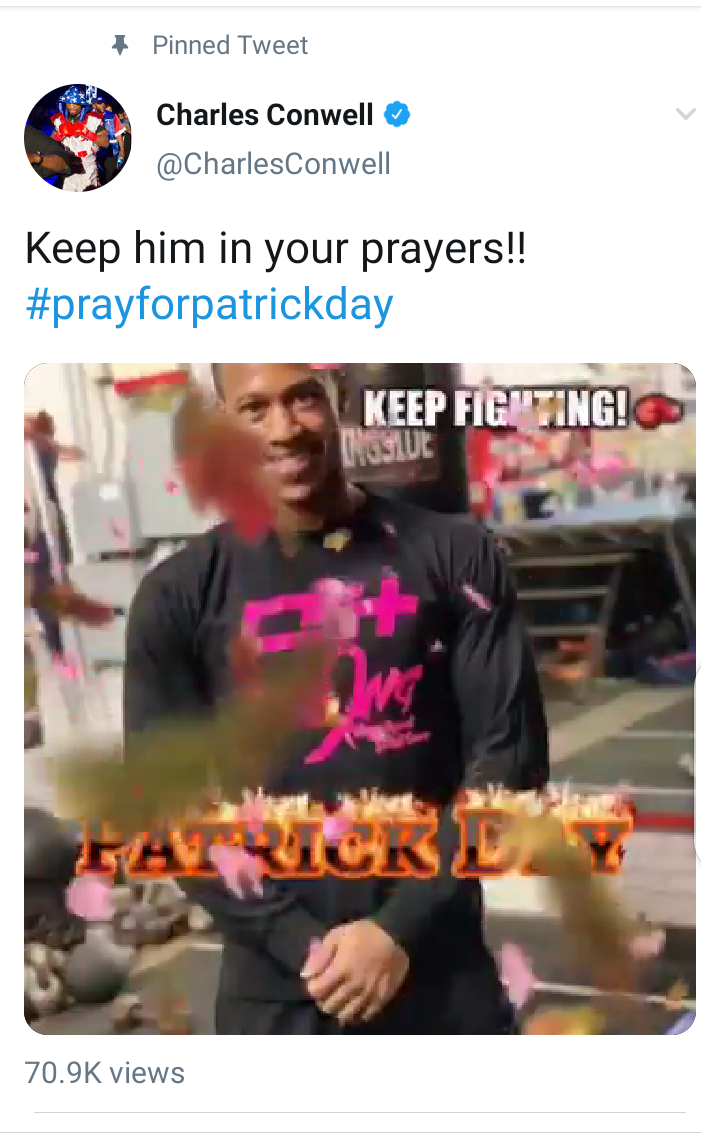 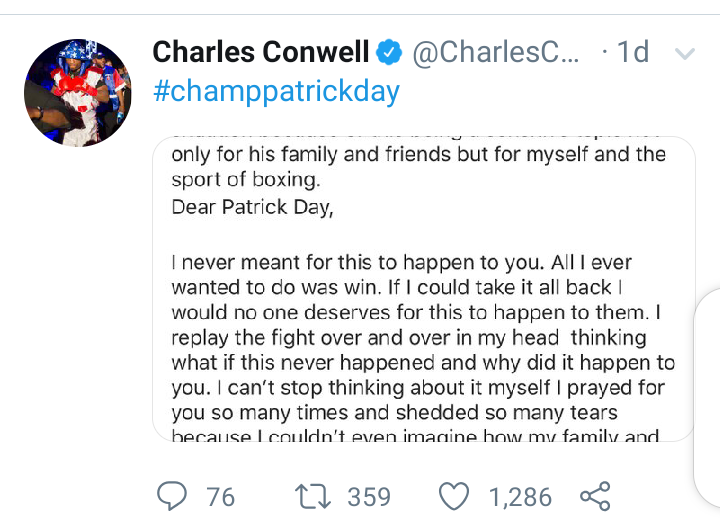 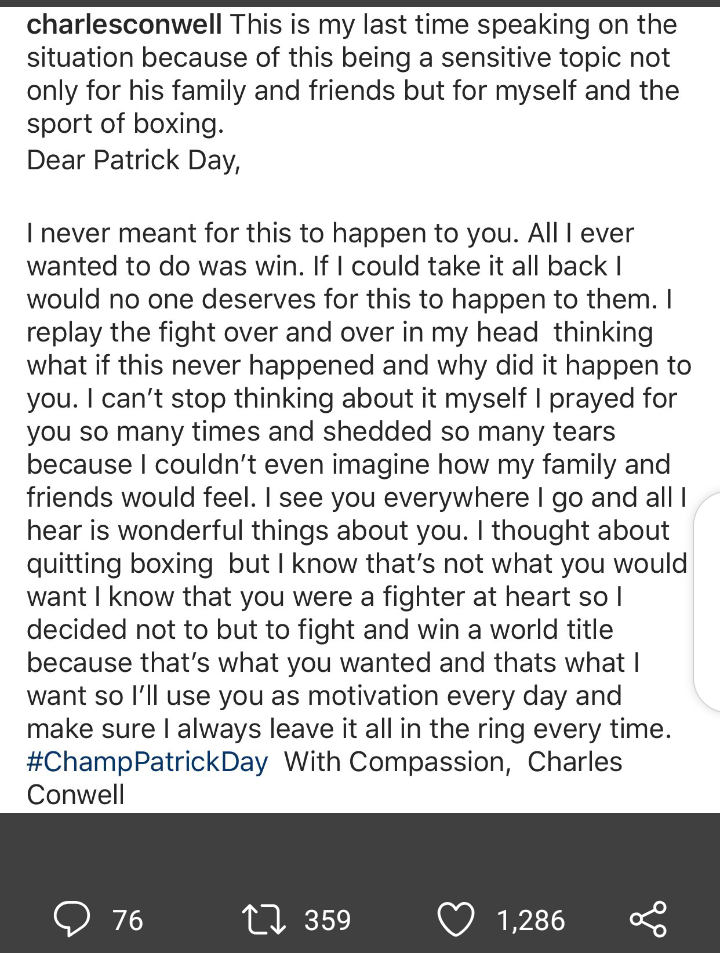 Ways to declutter your home

Jennifer Aniston to receive “The People’s Icon of 2019”