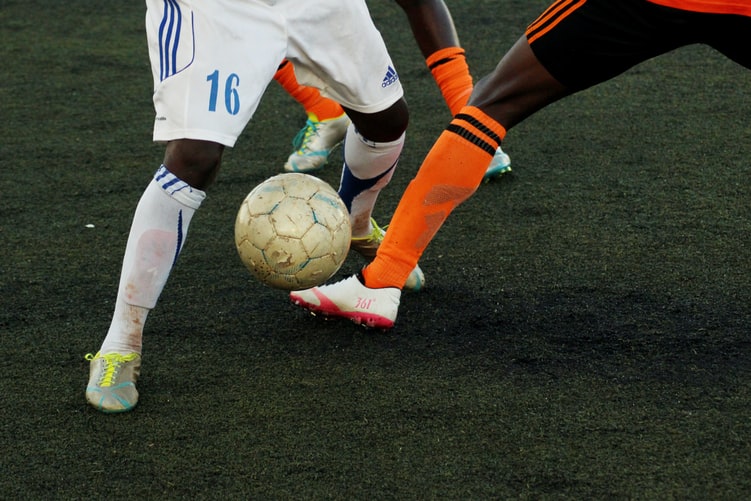 African players are some of the most revered, exciting, and successful in the world right now.

Liverpool’s Sadio Mane and Mohammed Salah are just the latest in a long line of African talents who have the taken unconventional route to the top that many players from the continent are often required to take. They, like many before them, have become European champions, and are a sign of a revolution of great African players set to make their mark on the game.

With another AFCON on the horizon and a huge year ahead as football tries to catch up on a schedule decimated by the coronavirus pandemic, which African players will step forward and make 2021 their own?

Through no fault of his own, the myth of Kalidou Koulibaly has taken on a life of his own, making the Selengalese defender someone every fan wants in their defence, despite having likely never seen him play.

A victim of the transfer rumour cycle, football fans all over the world have been flocking to apps like Betfair Casino to try and win big on predicting which huge side will win the Senegalese defender’s services (if you want to join them make sure to check out the Betfair review from OnlineCasinos first).

For the moment, Koulibaly is still a Napoli player and an absolutely colossal one at that. Although the Naples side has experienced an under-par season by their recent standards, Koulibaly has continued to show why he’s so highly rated and sought after, remaining a commanding presence even the most experienced Champions League strikers fear coming up against.

Whether he moves on from Italy or not, 2021 presents a year in which Koulibaly can finally make his star on a worldwide scale. If he gets his big move he will surely one of the most expensive defenders of all time, likely playing in the Premier League.

If Senegal are to qualify for the 2021 AFCON, then Koulibaly, along with Mane, will be one of the driving forces behind the country’s attempt at international glory. With Napoli unlikely to find Serie A or Champions League success, should Koulibaly stay put in Italy the January 2021 AFCON would mark a great chance to start the year with silverware.

A player destined for great things, it’s amazing that people are only just catching onto the quality of Wilfred Ndidi.

Potentially Leicester City’s best signing since their miracle 2016 Premier League title win, Ndidi is a player in the mould of one of the best players in the club’s history, Ngolo Kante.

While taller in stature than his French counterpart, Ndidi is a midfielder with the same enthusiasm for winning back the ball and playing the crucial buy often overlooked pass before the assist. He’s developed significantly since Brendan Rodgers arrived at the club, playing as part of a tremendous midfield three also including Youri Teliemans and James Maddison.

Big-name clubs have had Ndidi on their radar for a while, and it’s hard to see a midfield in the league he wouldn’t add to if not dramatically improve. Whether he stays with Leicester and continues their goal of breaking up the Top 6 dominance or moves on and becomes the missing piece of the puzzle for a top midfield, we’re predicting Ndidi will be one of the top midfielders throughout 2021.

One of the most exciting and talked about midfielders in the world, Thomas Partay is a player almost ready-made for a huge Premier League move.

The 25-year-old has made a name for himself as a powerful defensive midfield force in Diego Simeone’s Athletico Madrid side. He’s not just the lazy pundit stereotype of “quick and physical” though. Partay possess an excellent eye for a pass, and a viciousness to his play that makes him a better playmaker than he is often given credit for.

If he can bring these talents to a side not competing with Barcelona and Real Madrid for success every year, then Partay could have a 2021 filled with high-profile games and trophy success. He’s apparently Mikel Arteta’s number one target as he looks to revolutionize his Arsenal side.

Should he get the move, he could be dominating midfields all over Europe very soon.

Football is supposed to be exciting. A back and forth contest that keeps you on the edge of your seat.

Managers may be frustrated by his youthful exuberance and how he throws himself wildly into a game, but you can’t say Achraf Hakimi isn’t entertaining.

The Moroccan winger/wing-back on loan at German club Borussia Dortmund from Real Madrid has a bright future ahead of him at just 21 years old. 2021 presents a crossroads for the player, as his loan with Dortmund will have ended and he will have to either fight for a place at Real Madrid or find a new club.

Rumours are Madrid manager Zinedine Zidane isn’t a huge fan, but fans of German football sure are. Hakimi is lightning fast, not afraid to go for goal and the kind of player who thrives in an open, end-to-end game. He may not be the best positionally, but he’s not afraid to drive his team forward and take chances.

Even if Hakimi doesn’t have the most successful 2021 from a trophy standpoint, he’ll capture the heart of many new fans, wherever he ends up.

With an international tournament bringing all the best talent back to the continent and key players hitting their peak, 2021 is set to be an exciting year for African football.

Related Topics:4 African Footballers We’re Betting On Having A Great 2021
Up Next