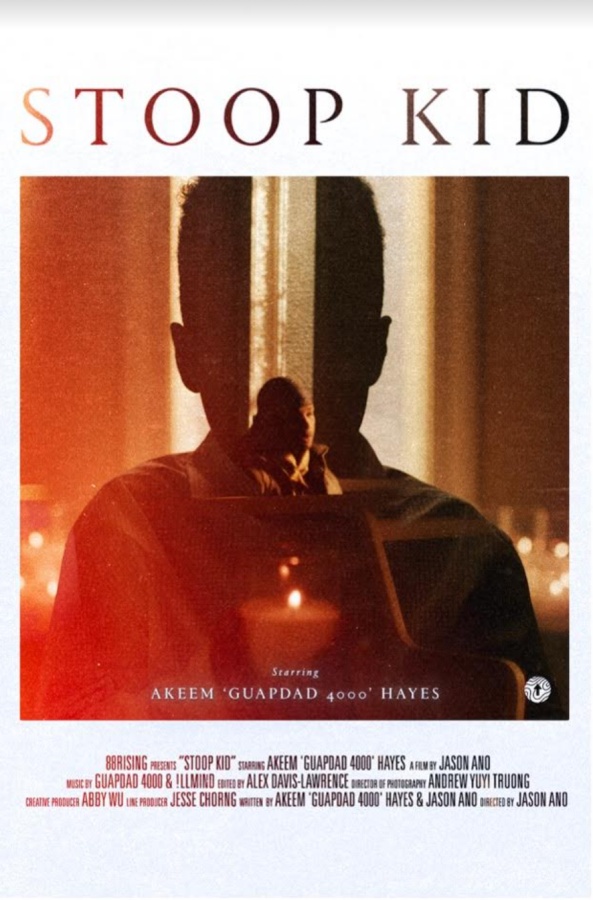 Airing on Amazon Music and Prime Video, the artist formerly known as Guapdad 4000 presents the film as a part of his partnership with 88rising’s sister label, PARADISE RISING, which highlights Filipino artists and culture.  PARADISE RISING also supported the release of his collaborative album with !llmind, 1176 – the companion to the film, which set the stage for both his name change and new self-titled EP, GUAP.

Hip hop has always celebrated Asian culture, which edifies the genuine understanding that led 88rising founder and CEO Sean Miyashiro to partner with GUAP, whose Black and Filipino origins and the impact they both have had on his music, are representative of the core tenets of 88rising’s platform.

Read Also: I don’t like weed but it should be legalized – Amakye Dede

“GUAP is a modern day storyteller, and I’m so proud to have this glimpse of his life growing up in the bay told on film,” says 88rising CEO and founder Sean Miyashiro. “I’m from the Bay as well, so when we first connected, and he was talking about all these different stories and places he went – it resonated with me big time.” -Sean Miyashiro, founder and CEO of 88rising

One of the first artists for 88rising to be highlighted from the Bay Area, GUAP’s poignant and masterfully-shot short film, ‘STOOP KID’ highlights his upbringing and is a uniquely apropos representation of the influence and meshing of Asian and Black culture in the city. Boasting a completely Asian crew, the film, directed by Jason Ano, is a rarity in focus and highlight of the unique intersection and diaspora of GUAP’s Black and Filipino heritage amidst the Bay Area inner city of Oakland, CA. A deeply personal coming-of-age story, the film follows Akeem “GUAP” Hayes’ experience making sense of his multicultural identity amidst the challenges and unique struggles he faced, including poverty and homelessness, as the film tracks the highs and lows in his captivating journey to stardom from living in his car to becoming a Grammy-nominated artist for his work on Dreamville’s Revenge of the Dreamers III.

“GUAP as an artist and a human has so many layers to him that I think people sometimes miss whole sides to this guy,” shares TWNSHP founder, Sam Lancaster. “‘STOOP KID’ gave us the opportunity to tie it all together visually and show viewers and listeners what the people, places and lifestyle of the folks in this region really is, and the impact they have on GUAP.”

‘STOOP KID’ follows his new self-titled EP, GUAP, which highlights the various aspects of who Akeem ‘GUAP’ Hayes is today. In direct conversation with the film,’ the EP acts as a representation of where Akeem aka ‘GUAP’ has landed in the evolution of his identity and sound, following the unique cultural upbringing he experienced in the Bay. The EP, GUAP is available on all streaming platforms now via HERE.

“When I was originally pondering changing my name from Guapdad 4000 to ‘GUAP’ I wanted to create something that spoke to my experiences and that highlighted the realities of my life across community, race, family, Oakland and more. ‘STOOP KID’ also acts as the precursor to my new EP GUAP, both edifying the man I am today. ” -GUAP

88rising is the pioneering global music & media company representing the best of Asian talent. 88rising was the first company to launch an Asian-centric music festival in the United States (Head in the Clouds Music & Arts Festival – now in its fourth year), the first to have an Asian artist top the Billboard R&B/Hip-Hop charts and Spotify’s Weekly Global Albums chart, and the first to launch an all-Asian radio channel reaching all of North America. In 2021, 88rising executive produced and curated the soundtrack to Shang-Chi and the Legend of the Ten Rings – Marvel Studios’ first Asian-American superhero. In 2019, they were awarded Label of the Year by NetEase, one of the largest music streaming platforms in China. With over 160 million followers across global social media platforms and over 40 billion total streams and views, 88rising’s global influence is undeniable.

Growing up in West Oakland provided the Grammy Nominated, Platinum recording artist GUAP, formerly known as Guapdad 4000 (born Akeem Hayes) with a vast treasure chest of invaluable inspiration, encouraging him early on in life to explore his innate talents as a multi-hyphenate creative and eager student of the game. Guap’s profound sense of humor, paired with his aptitude for commanding attention, translated organically into his lighthearted freestyles and ignited his interest in developing his well-rounded capacities as a vocalist.

While navigating an upbringing challenged by both parents being in and out of jail at often overlapping time frames, Guap began operating out of a necessity to both survive and take care of his siblings and grandmother. Driven by his greater desire to rise above such calamitous circumstances, he turned to illicit means to make money, such as credit card fraud and petty theft, a path accented by ups and downs that later provided ample material for his original content.

After releasing a slew of successful hits since, in the summer of 2019, Guap released his highly anticipated debut album, Dior Deposits in October of 2019. In addition to his singles setting the charts on fire and his solo album going viral, Guap also continues to build a buzz after his features on Dreamville’s Grammy Nominated RIAA Platinum Revenge of the Dreamers 3 album by performing at prominent festivals nationwide and touring with P Lo, Earthgang (Dreamville) and Denzel Curry.

Guap hasn’t just been releasing hit after hit, the music videos that accompany the internet savvy rapper’s singles go viral as well thanks to his eye for entertaining visuals. 2020’s track “Lil Scammer that Could” captures the rapper’s fun but serious personality perfectly and gives fans a look inside the rapper’s creative mind. Furthermore, Guap’s innovative visuals and vlogs ultimately earned him a selection for the YouTube Music Foundry.

With his 2020 release Platinum Falcon Returns garnering features from artists like Denzel Curry, Boogie, Deante Hitchcock and more, Guap released one of the most exciting and refreshing EP’s in Hip Hop that year. Guap’s talent, creativity and versatility marks him as one of the most promising budding stars of the music industry.

This reigns true in his latest collaborative album with !llmind, 1176. Labeled one of the best albums of 2021 by Uproxx, along with acclaim from the likes of Complex, Highsnobiety, HotNewHipHop, The Ringer and others, the album hones in on Guap telling his own story, with the help of some of his close friends Buddy, P-Lo and Tish Hyman and now Rick Ross on the special deluxe edition of the album.

19-year-old Florida rapper Smokingskul has just shared his new single and video “Nina”. Smokingskul is at the helm of a new era of plugg music known as “dark plugg”which substitutes the ethereal sounds of “plugg” with more tonal melodies that are accentuated by distorted percussion, producing a grimey, DIY sound. END_OF_DOCUMENT_TOKEN_TO_BE_REPLACED

Drake officially has more slaps than The Beatles. END_OF_DOCUMENT_TOKEN_TO_BE_REPLACED

Swizz Beatz and Timbaland have filed a lawsuit against Triller, claiming the company still owes them $28 million for the sale of their Verzuz series. END_OF_DOCUMENT_TOKEN_TO_BE_REPLACED

Two well-known Italian ‘trappers’, a type of rap music, have been arrested for a suspected racially motivated attack on a Nigerian factory worker near Monza in Rome. END_OF_DOCUMENT_TOKEN_TO_BE_REPLACED