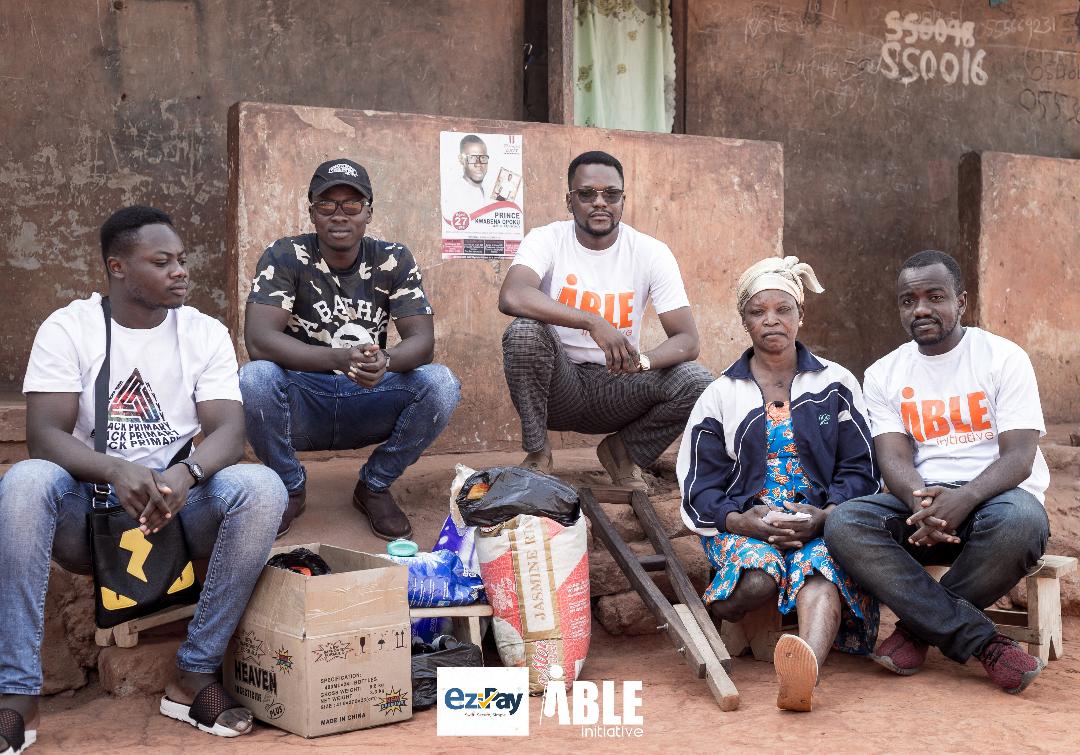 Madam Franscisca who actually hails from the Upper-West region but lives in Sansama in the Brong-ahafo region of Ghana is a widowed amputee who lost her leg when she was younger whilst climbing a tree. So severe was her fall that it affected her left eye in the process

With her already tough-looking predicament, giving up would easily be anybody’s choice but she however defied the odds and status-quo by taking up a work even wholly-fit people find tiring;Hawking.

It was during one of her routines that a video of her was recorded and shortly after it became ubiquitous online Nathaniel Mensah known in ShowBiz circles as Ajeezay chanced upon the video and deeply moved by the lady’s plight, he together with Samuel Awunor, founder of ABLE initiative (philanthropic NGO) powered by eziPay (an online swift, secure and simple payment platform) decided to reach out in what little way they could. An appeal for donation was made and it was met with a warm reception and in the space of a few days , an amount close to GHC 3000 was raised unknown to Madam Francisca.

On Sunday(19th January) upon returning from church, a bewildered madam Francisca was met by the team from ABLE initiative who made the journey from Accra to Sansama. Madam Francisca who was very surprised couldn’t hold back her emotions as it had all seemed to her “She was dreaming” .

She has two little kids she’s working hard to ensure they enjoy a good education and unfortunately she is widowed thus having no support from anywhere or anybody until ABLE initiative showed up.

Her goal is to give her girls a good education and get a provision shop to reduce the pain that comes with moving around whilst hopefully getting an artificial leg someday.

Related Topics:ABLE initiative
Up Next