Despite significantly higher credit impairments and the material impact of the lockdowns on transactional volumes, Absa Group, including all business units, remained profitable. In addition, revenue increased by 3% while cost-to-income ratio reduced from 56.7% to 53.9%.

The group also reported an 82% decline in normalised interim earnings after impairments increased four-fold to R14.7 billion. Impairment charges rose as customers and clients struggled to repay debt and as the Group took decisive action to increase impairment provisions against future potential credit losses. The Group expects a continued difficult environment for the consumer and heightened uncertainty is expected in the remainder of 2020.

“In the current economic climate, ensuring continued operational and financial resilience is paramount. We are therefore temporarily holding our growth ambitions in abeyance to focus on cost management and capital and liquidity preservation, while continuing to support customers,” said Daniel Mminele, Absa Group Chief Executive.

While the negative impact of the crisis on Absa’s earnings is clear, the interim results also highlight the resilience of the business. 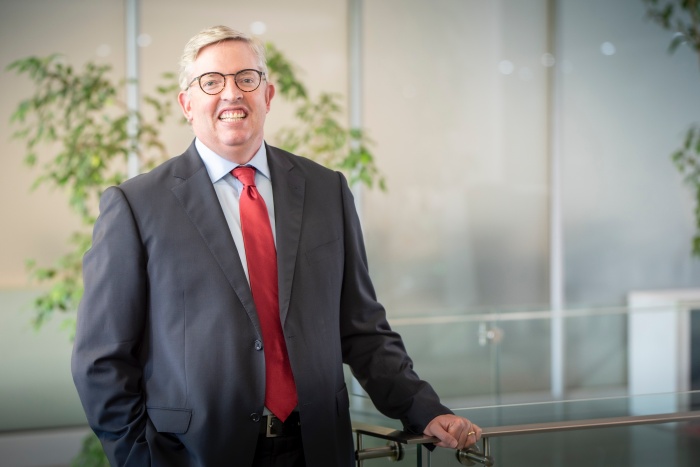 “Our revenue remained resilient and our operating costs were well managed and responded to the crisis, resulting in encouraging pre-provision profit growth of 9%,” said Absa Group Financial Director Jason Quinn. “Our capital and liquidity levels are strong and will allow us to further support our customers as we emerge from the crisis,” he said.

Absa extended significant support to customers and clients across its operating markets. In South Africa, the Group’s largest market, Absa implemented a comprehensive payment relief plan. Measures included credit payment relief, insurance premium relief, the temporary expansion of the Credit Life product to cover a wider definition of loss of income, the waiving of Saswitch fees, and supporting the distribution of social grants and pension payments.

Corporate and Investment Banking South Africa assisted clients on a one-to-one basis and granted payment relief on R37 billion of loans, 12% of their book.

ARO, which comprises the operations in Africa outside of South Africa, continued to show strong top-line growth during the period and now contributes 26% of Group revenue. These operations provide the footprint to support customers across the continent and provides diversification to the Group’s exposure.

Similar to the rest of the business, ARO was adversely affected by the crisis, manifesting as a five-fold increase to impairments. Despite this, the business remained profitable and contributed positively to Group earnings.

ARO highlights during the period included the successful completion of separation, specifically the brand and name change and migration of banking platforms and applications, as well as a notable increase in digital customer activity. The number of digitally active customers in the retail and business banking business grew by 28%, resulting in digital transactional volumes rising 77%.

Outlook
While uncertainty remains high, the Group is well-positioned with a strong capital and liquidity position allowing it to continue to support its customers. With the decisive actions that have been taken in the first half to improve balance sheet resilience, the Group expects the second-half impairment outcome and returns to improve.

Related Topics:Absa Group
Up Next

A little over a month after winning the “Female Songwriter of Excellence” award at the famous Maranatha Awards in the USA, Yvonne Asamoah-Tawiah popularly known as Minister Yvonne has been nominated by the Ghana National Gospel Music Awards for their upcoming Christian music awards. END_OF_DOCUMENT_TOKEN_TO_BE_REPLACED

The leadership of University of Ghana Students’ Representative Council are spearheading plans for the 64th UGSRC week celebration. END_OF_DOCUMENT_TOKEN_TO_BE_REPLACED

Experiencing acid refluxes once in a while is not too uncommon. However, when this problem persists and shows up every time you eat, it needs special attention and diagnosis. END_OF_DOCUMENT_TOKEN_TO_BE_REPLACED

Slots are the most attractive casino games, and have been so for a while, according to data from Statista. Studies show that 70% of real money casino games on the internet are slots, as of late 2019.  END_OF_DOCUMENT_TOKEN_TO_BE_REPLACED