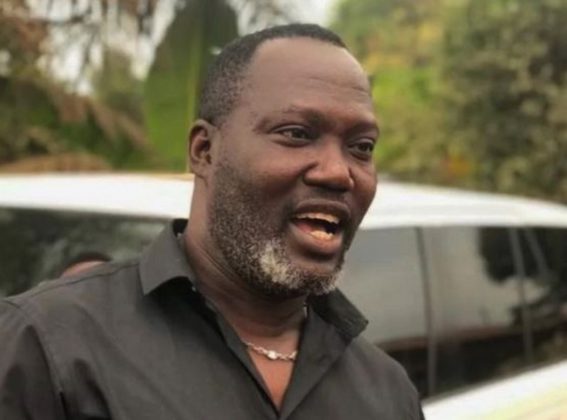 Later, radio presenter and DJ, Andy Dosty also posted on Instagram: “Oh Lord, I don’t want to believe you’re gone. God be with you my friend”

Oh Lord, I don’t want to believe you’re gone. God be with you my friend

Bishop Bernard Nyarko has been battling with an acute illness for the past few years. Exactly a month ago, he was reported to have said he has quit acting and nothing will make him rescind the decision.

He became a full-time pastor to spread the word of God and win souls for his Maker. According to reports, the actor ditched acting for the gospel after he was hit with an unknown illness.

Bishop Nyarko, in a viral video was heard telling his congregation that he has decided to follow the steps of actor Majid Michelle, stressing that the movie industry is full of evil.

Ghanaian actor and entrepreneur, John Dumelo has requested for the funds set aside for the Black Stars, had they qualified to the round of 16 in the FIFA 2022 World Cup, to be used to purchase desks for school kids. END_OF_DOCUMENT_TOKEN_TO_BE_REPLACED

END_OF_DOCUMENT_TOKEN_TO_BE_REPLACED

Accra’s biggest and only photo festival, “Wondaland” is back; this time bigger and better. END_OF_DOCUMENT_TOKEN_TO_BE_REPLACED