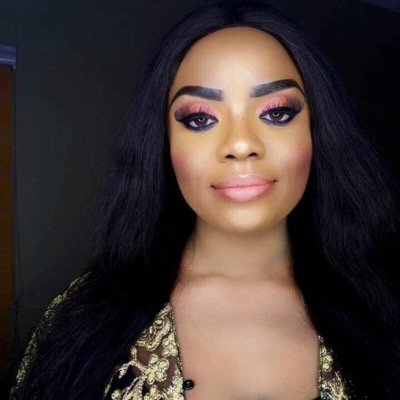 Ghanaian actress, Khareema Aguiar is alleged on the run after an Accra High Court ordered her to pay an amount of seventy-one thousand Ghana cedis to one unidentified friend of hers.

This friend of Khareema Aguiar who prefers not to be named gave a huge amount, a total of about 50,000 GHS to the actress somewhere in 2016.

When it was time for the actress to pay back the monies which she borrowed on the back of stories such as paying hospital bills of her child, she turned into a prolific ‘Kwaku Ananse’ storyteller.


Soon, it became a cat and mouse enterprise—to the extent that the friend had to sue Khareema Aguiar in court, and presented her evidence to the court.

GhanaCelebrities.Com reports that the moment the lawsuit was filed in Ghana, actress Khareema Aguiar turned into a ghost and flew to Canada, where she is currently hiding.

The notice of the claim was plastered on the wall of her house, and eventually, summary judgment of about 71,000 GHS (the amount borrowed plus interest) was issued against her by the Accra High Court in April 2019.

See photos of the court order below. 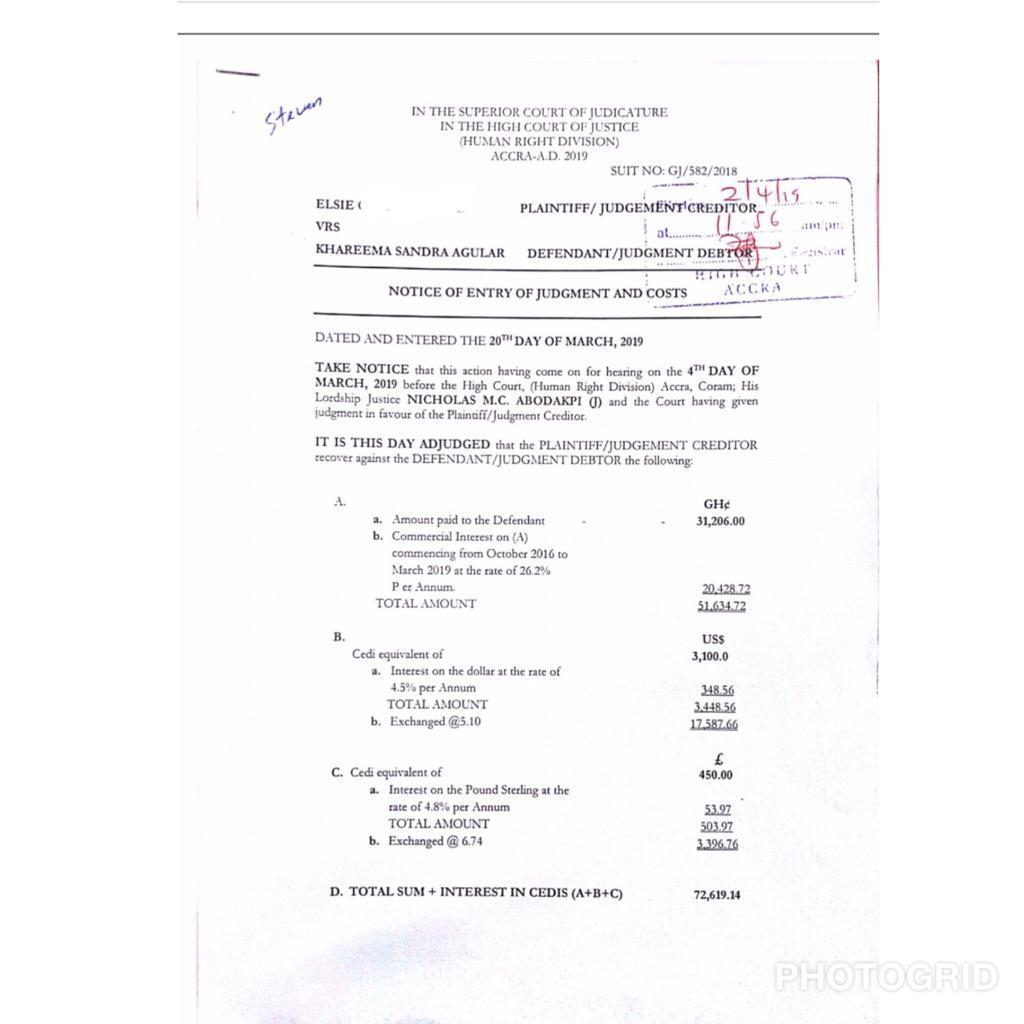 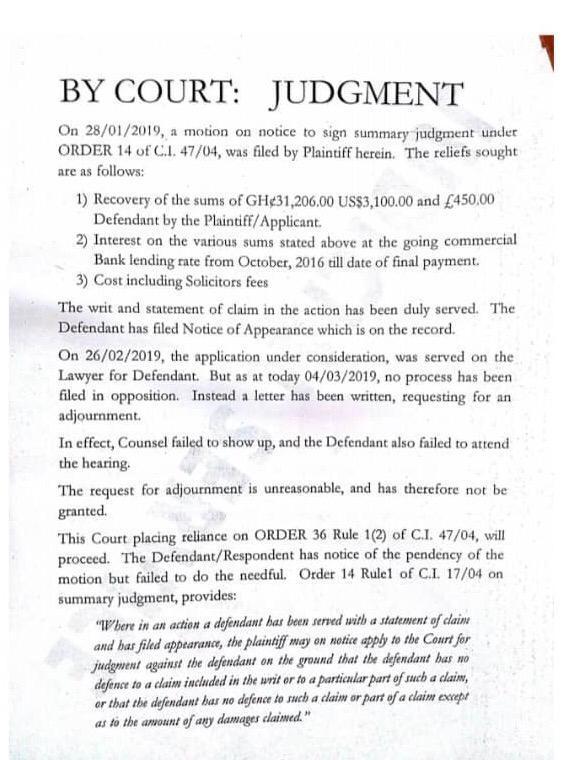 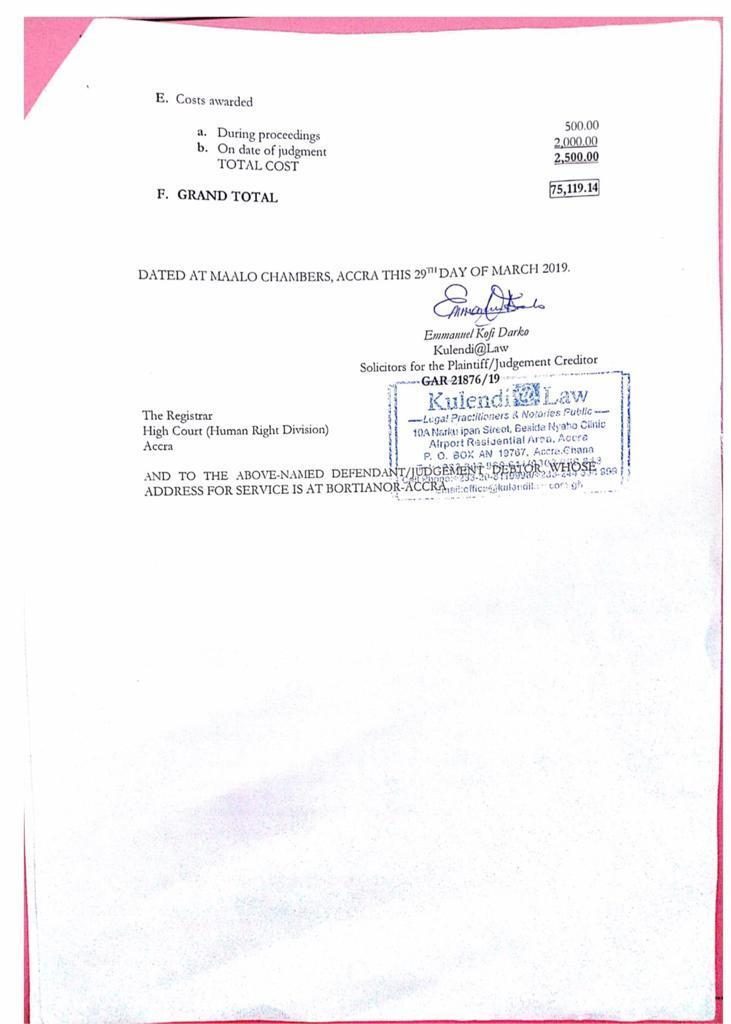