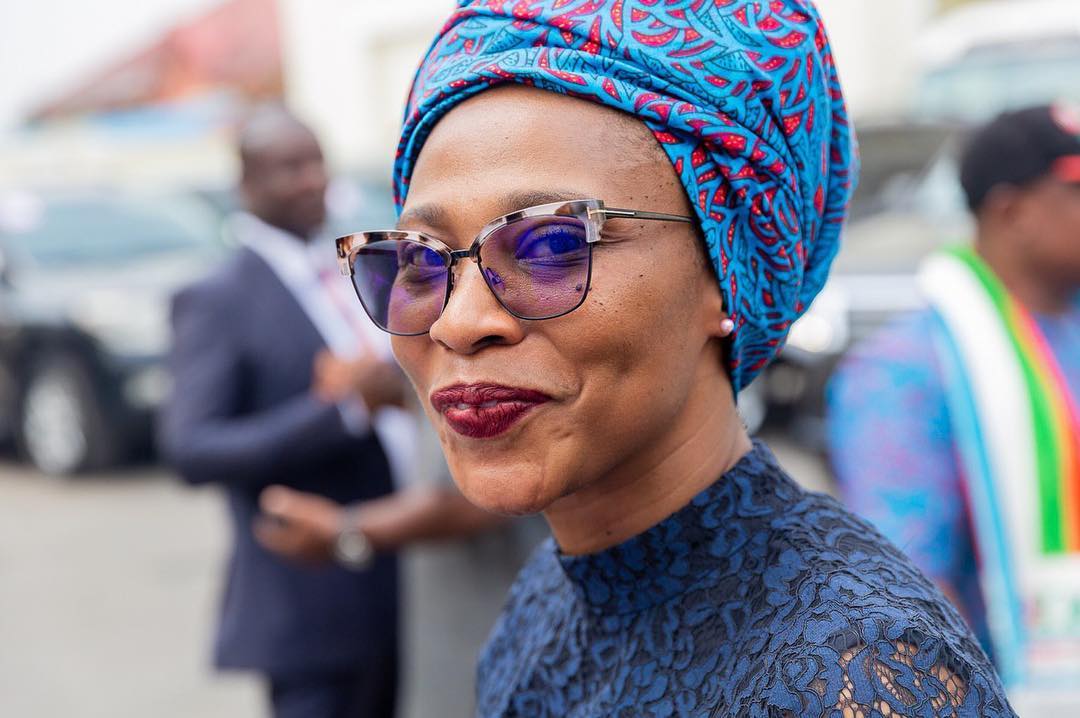 According to the Nollywood star, she blocked her husband on the gram after he created an account to check up on her over a post she shared.

The actress who was on Rubbin Minds with Ebuka also speaks about her plans for 2020, not making friends on movie sets and healing from troll attacks after opening up on undergoing a hysterectomy in a new interview she granted.

The multi-award-winning actress recently revealed that she was diagnosed with a condition called Adenomyosis which implies that the inner lining of her uterus breaks through the muscle wall of the uterus which left her with the only choice of removing her womb so as to have a normal life.

Etim said that she decided to open up on hysterectomy to make people see that life doesn’t just stop because of a challenge. She also revealed that her husband is happy that she has healed.

Also speaking on troll attacks, Nse said she is happy that she took control of her life and not being constantly drained by physical emotion and all kinds of pain.

On being unfriendly on set, Nse stated that she is only being professional at work as she is not there to make friends. She added that she lives her roles and her colleagues are meant to understand that because they are actors.

Related Topics:Nse Ikpe-Etim
Up Next

Cut female entertainers some slack, they work their butts off for their wealth- Mimi Andani Michaels

Black Stars Captain, Andre Ayew has spoken up after his penalty miss at the FIFA 2022 World Cup Tournament. END_OF_DOCUMENT_TOKEN_TO_BE_REPLACED

Ghanaian actor and entrepreneur, John Dumelo has requested for the funds set aside for the Black Stars, had they qualified to the round of 16 in the FIFA 2022 World Cup, to be used to purchase desks for school kids. END_OF_DOCUMENT_TOKEN_TO_BE_REPLACED