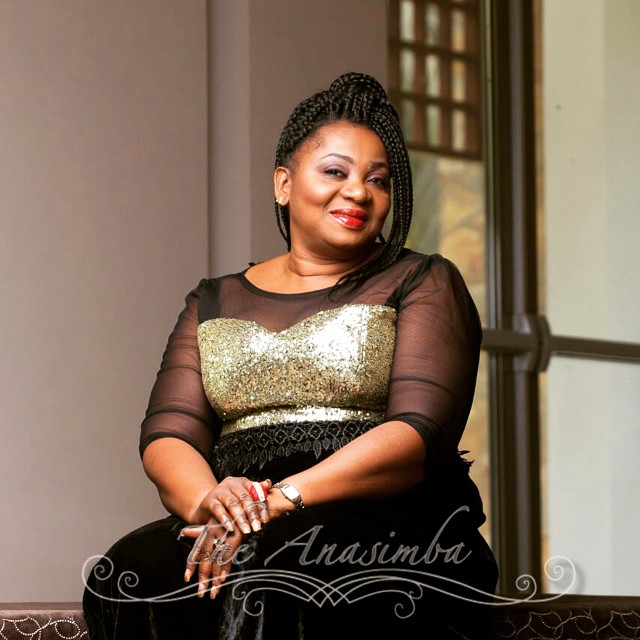 The 3G Awards 2017 announces that Vivienne Achor, one of Africa’s finest actresses will be honored in New York. She will join other nominees including the Legendary Pat Thomas, Gospel Duo; Willie & Mike for her great work in the movie industry.. She invites her global fans to join us celebrate this yearly event. Vivienne Achor is a movie star of repute, well known and loved in Ghana, much sought after in Nigeria and gaining ground in Hollywood. She brings to the table the simplicity of beauty and brain as she held the position of Vice President of Ghana Actors Guild from 2014 till 2016. She has won a number of prestigious awards some which include; The Best Female Actress ,TV soaps category at the Ghana Actors’ Guild Awards in 2007. She received nominations at the Africa Movie Academy Awards 2013 and also honors from; City People International Merit Awards in 2010 and 2013 for her Outstanding Achievement in the African movie industry. In May 2014, she received an award from IPMATIIC Africa in recognition for pioneering the African Movie Industry. The 3G Media Awards ceremony 2017 is in recognition of exceptional leaders and their contributions to the Ghanaian and Global communities. The event will be held on Saturday, November 11, 2017 at Pak Banquet Hall, 4229 Park Avenue Bronx, NY, 10pm to 4am. Get your tickets; $75 VIP Advance, $100 at the Door, Regular; $30 Advance, $40 at the Door. Group Table (VIP only, 10 ppl), Advance; $750, Late; $1000, 2 bottles of Moet & Chandon Champagne, Space is limited. The event is produced by 3G Media Inc; www.3gmediaonline.com , an online news platform promoting Ghanaian and African Affairs in the diaspora. Theme: Merging Afrobeat and Reggae Music, John Q and Dr. Knii Lante Collabo to Promote Diabetes. Executive Producer/Founder; Charles Nimmo Ntiamoah-Mensah(Mr. CNN). Media houses affiliated with the event include; Global Media Alliance Group, Graphic.com.gh ,Ghanaweb, Adonai Media, ModernGhana.com, Peacefmonline.com, Myjoyonline.com, Afrikan Post, Christian Journal, Adonai Media, Playbak Magazine, Irap TV, Highradio, Amenadoradio, Adonai Media, Amansanradio NY, TheAfricanDream.net and others. The event will be co-hosted by Bernard Aduse Poku of Kumawood Fam and Ageorgia. Red Carpet by Linda Asare aka Queen. Entertainment will be provided by Heavy hitters on the ones and twos; DJs expected to be present are; DJ Jeff, Prince, Prekese, Naasei and the legendary; Elove, a cut above the rest. A live performance by Akrofi and the Dynamic Band which include; music legend; Eric Agyemang. This year’s event sponsors include; KTA Moblien USA, “Keeping Technology. Affordable and Th Black man can do it too”, and Investigroup. Other supporting organizations of the event are; The Permanent Missions of Ghana in New York, the National Council of Ghanaian Associations, Ghana Chamber of Commerce USA, Vitalghradio1.com, Royal Olives Estates, Royal Estates Group, Highlife Radio, Golden FM Worcester, Anokyekrom and Club Noamesco.]]>

Related Topics:Vivienne Achor
Up Next

The list is out… meet Nigeria's kings of 'Baby Mamas'

Afia Schwarzenegger goes to Prophet One for counselling

Comic & satirical artiste, Wicked Queen J has intensified her beef with comic actor, DKB with a reply to his jabs following the release of her controversial ‘Ayew’ single. END_OF_DOCUMENT_TOKEN_TO_BE_REPLACED

Fast rising music star from Ghana: King Enam has never stopped being consistent with his craft since day one of his inception onto the music scene in Ghana.
END_OF_DOCUMENT_TOKEN_TO_BE_REPLACED

The First Vice President of the Nigeria Bar Association, John Aikpokpo-Martins, has dismissed reports making rounds that Beauty Turkura, a disqualified housemate of the Big Brother reality show, season 7, is a lawyer. END_OF_DOCUMENT_TOKEN_TO_BE_REPLACED