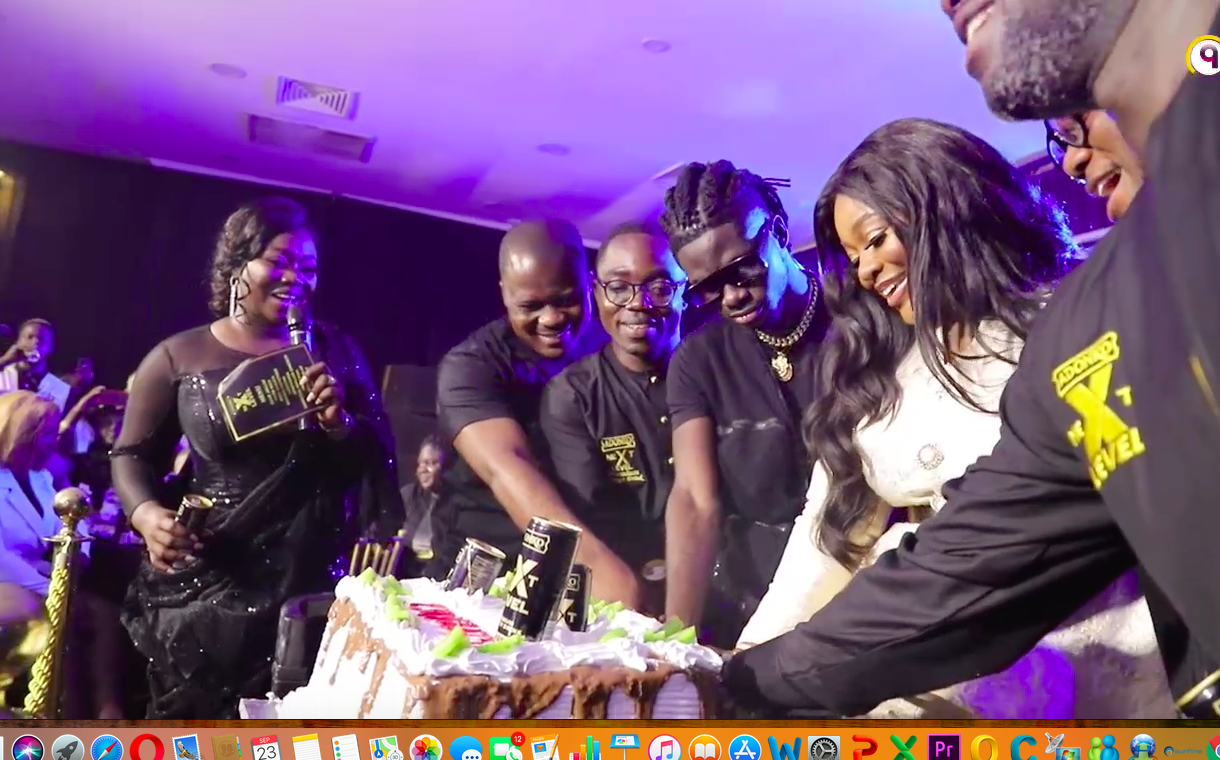 The management of Adonko Company Limited has officially launched their new product, Adonko Next Level Energy Drink with a star-studded ceremony at the Holiday Inn Hotel  in Accra.

Brand Ambassador for the drink, Kuami Eugune took patrons and the thousands of viewers via the live streaming by surprise, when he appeared on the stage in a palanquin to perform.

One hit song after the other, the reigning VGMA Artiste of the year entertained guests which included actress, Jackie Appiah, Afia Schwarzenegger, Xandy Kamel and musicians, Reggie Rockstone and Obrafour.

His award winning performance followed the launch of the premium energy drink which is filled with vitamins B6 and B12 and other important nutrients which boosts the immune system and also fight fatigue and revitalises the human body.

Adonko Next level has less caffeine content. It is also more energy filled compared to these energy drinks, has less sugar content and does not cause diabetes regardless.

For people who easily get tired and weary after a few hours of work, Adonko Next Level is the way to go. Adonko Next Level energy drink does not cause insomnia. However it’s not recommended for people below 18 years, pregnant women and lactating mothers.

Related Topics:Adonko Next Level Energy Drink
Up Next