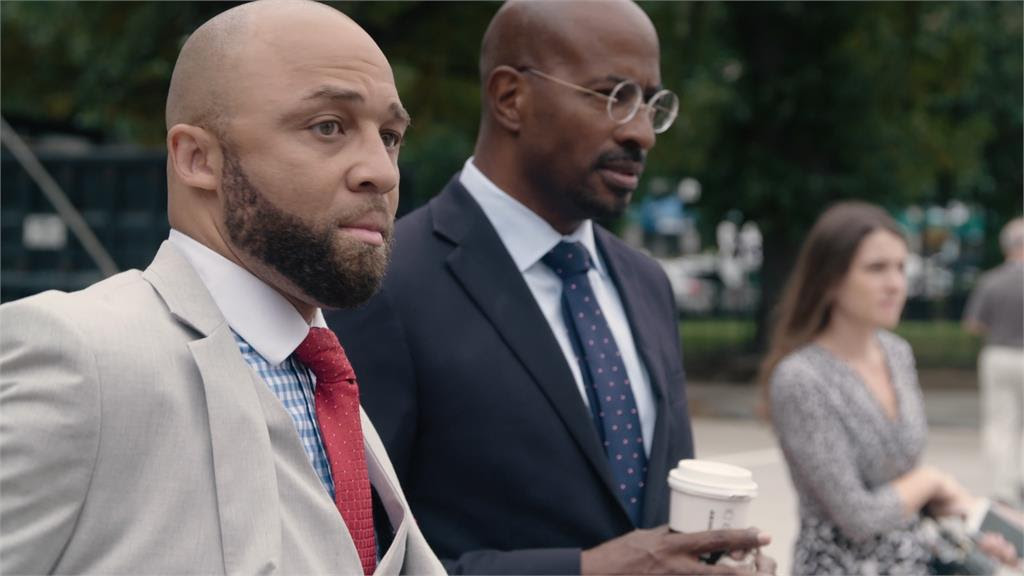 Following an outstanding world premiere at the recent Tribeca Film Festival, we wanted to follow up with you on a possible review of this incredible, eye opening documentary THE FIRST STEP – a film by Brandon and Lance Kramer. The film is extremely timely and one of the most important documentaries of this moment. The film will now make its DC premiere at AFI DOCS Film Festival starting this week with an in-person screening in addition to the virtual festival. Screener links and interviews with the filmmakers and subjects from the film are available to schedule now.


THE FIRST STEP is a unique verité/fly-on-the-wall deep dive into what it takes to reach across the aisles in these times of an extremely divided country and government. It follows CNN correspondent/Black progressive Van Jones, as he controversially crosses party lines to win bipartisan support for criminal justice reform and a more humane response to the addiction crisis during a divisive administration. Jones puts everything on the line and risks relationships on both sides, as he tries to achieve what is truly an impossible task.

Produced in collaboration with Kartemquin Films (Minding The Gap) and Big Mouth Productions (Dick Johnson Is Dead),  THE FIRST STEP goes deep behind the scenes as Jones overcomes the internal divisions within both parties and works with activists fighting for their communities to help get meaningful change done at a time when no one thought it was possible. In the middle of Trump’s Presidency, and at a time of extreme polarization, the film shows what was thought to be impossible – create meaningful change at a time of extreme political division. It is a prime example of how working together across the aisles can bring enormous benefits for all.
About the film THE FIRST STEP
In this revealing observational portrait, Black progressive activist and political commentator Van Jones faces a polarised society head on in an effort to reform a broken criminal justice system. Jones, known for calling Donald Trump’s election “a whitelash” live on primetime TV, navigates increasingly tense and isolating political and racial divides in his attempt to become a “bridge builder” during the Trump administration.

Condemned by the right for his progressive beliefs, and by the left for embracing conservatives, this fraught and cinematically captured personal journey questions his integrity from all sides, forcing him to consider not only his activism but his own identity. THE FIRST STEP takes us behind the scenes of these dramatic power struggles, from internal divisions within both parties, to the lives of activists fighting on the frontlines for their communities.  – Tribeca Film Festival