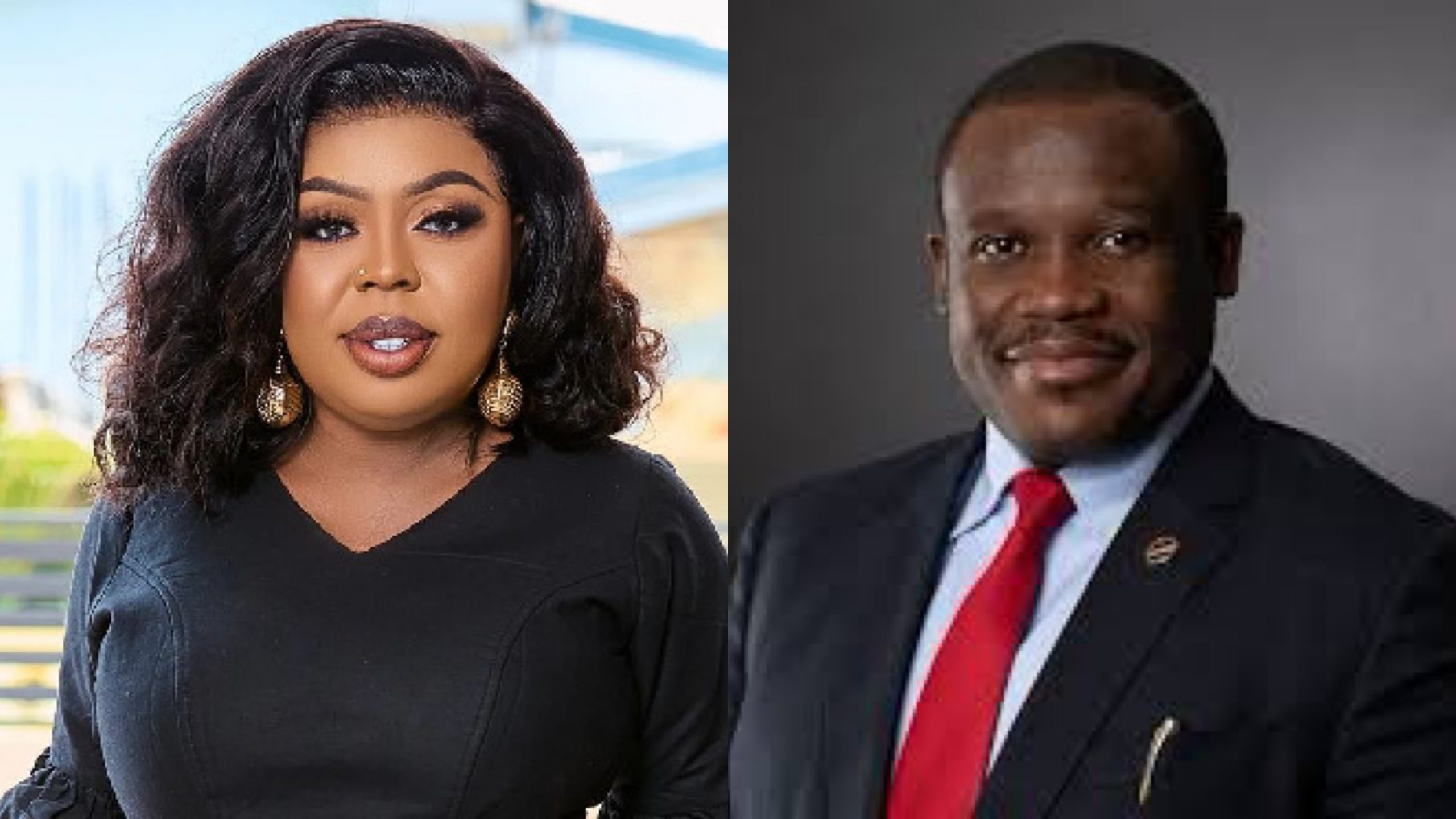 Member of Parliament for Ningo-Prampram, Sam Dzata George has waded in the on-going beef  between Afia Schwarzenegger and Delay Frimpong Manso, popularly known as Delay.

“None can be compared to me; whether the old or the new generation. I am second to none. My fans on various social media platforms are solidly behind me…Madam hater, based on your actions, I consider your brainpower to be as small as the shoes of Shatta Bandle,” Delay stated while hosting her show on Wontumi FM.

Afia Schwarzenegger has since responded to Delay’s comments, calling her barren and shaming her for failing to bring forth kids.

Reacting to Afia’s comments, Sam George queried whether her statements about Delay were factual. He also called the comments distasteful.

“But is she really barren? Is that a factual statement? Not as far as I know. Utterly distasteful commentary. Ah well, off to eat my chicken biryani with roti bread,” Sam George wrote on Facebook.

Afia Schwarzenegger has seen Sam George’s comments and is coming after him too.

Referring to him as a “social media MP”, Afia threatened to come for him if he doesn’t keep shut on the issue.

“Someone should warn and the word is warn Sam whatever George..As for me I will assist you to trend…I am warning you. If you don’t want a peaceful June try me!!!!.Social Media Mp,what’s your business in women’s fight?? Did you tell your wife before jumping in this gutter,? Its about to be a swimming competition in the gutters..TRY ME!!!
You see the slaps your mouth earned you…use that same energy on your fellow men who slapped the living day light out of you on national TV,” Afia wrote to Sam George.

Bose Ogulu has told her son Burna Boy to “tone down the madness” as she celebrated his birthday. END_OF_DOCUMENT_TOKEN_TO_BE_REPLACED

The Hewale Lala (Song Of strength) hit maker Perez Musik gets ready to have his first-ever major concert. END_OF_DOCUMENT_TOKEN_TO_BE_REPLACED

Kofi Sonny, CEO of 610Music, a direct representative for Universal Music Group in Africa, unveiled two of his newly signed artistes to the world over the weekend. The event pulled in dignitaries from all over the globe to witness what many have dubbed “the birth of greatness.” END_OF_DOCUMENT_TOKEN_TO_BE_REPLACED

GuiltyBeatz is ringing in the summer! The Grammy-nominated Ghanaian producer and DJ is back with another dazzling solo effort – an Amapiano-infused dance anthem ‘Universe’ featuring Pop sensation, Mr Hudson and buzzing Ghanaian singer, Twitch 4EVA. END_OF_DOCUMENT_TOKEN_TO_BE_REPLACED

The host of Joy FM’s Strong and Sassy, Animwaa Anim-Addo, has tied the knot in a private ceremony. END_OF_DOCUMENT_TOKEN_TO_BE_REPLACED