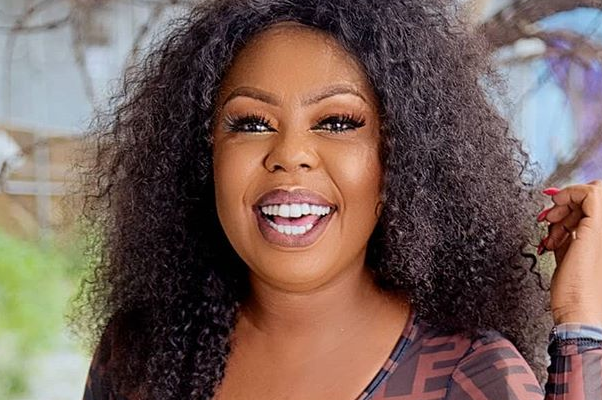 Ghanaian Comedienne, Ms Valentina Nana Agyeiwaa popularly known as Afia Schwarzenegger has sued KLM Royal Dutch Airlines for a number of reasons, following the viral video purporting that she was removed from a flight for boarding while intoxicated.

According to a copy of the Writ of Summons issued to the Airline, Ms Valentina Nana Agyeiwaa, is suing the company for the following;

See copy of writ below;

A couple of months ago a video showing Afia being removed from a KLM flight went viral.

According to sources the comedienne was removed from the plane after querying a flight attendant in the business class cabin for not assisting her to put her luggage in the overhead compartment. She made a complaint to the ground staff when she was removed from the flight and they put her in a hotel and arranged for a new flight for her, and wrote an apology letter to her.

However the airline failed to respond to reports in the media that she was removed from the flight for being drunk and bad behaviour.

How do you spend $50,000 on jewellery when you don’t own a house?- Delay asks King Promise

The Ghanaian singer and actress, Sister Derby has made her international film appearance in the yet-to-air Netflix original film, ‘RAINBOW’. END_OF_DOCUMENT_TOKEN_TO_BE_REPLACED

Ghanaian broadcaster, Kafui Dey is on a mission to combat illegal mining in Ghana and wants to use any means possible to bring the world’s attention to the problem. END_OF_DOCUMENT_TOKEN_TO_BE_REPLACED

Harvey Mason Jr, CEO of the Grammy Awards, has shared insights on the nomination process and how to win a GRAMMY with Ghanaian artists during a private dinner meeting. END_OF_DOCUMENT_TOKEN_TO_BE_REPLACED

Harvey Mason Jr., the Chief Executive Officer (CEO) of the Recording Academy, organizers of the Grammy Awards, has said there are some misunderstandings regarding the creation of an Afrobeats category in the Grammy Awards. END_OF_DOCUMENT_TOKEN_TO_BE_REPLACED

The Chief Executive Officer of Big Ideaz Consult, Kojo Poku has revealed that none of the artists who were billed to perform at the recently held Global Citizen Festival in Accra were paid a performance fee. END_OF_DOCUMENT_TOKEN_TO_BE_REPLACED

Ghanaian musician, Kirani Ayat has called out the Presidency for using some portions of his music video in an advertisement without his permission. END_OF_DOCUMENT_TOKEN_TO_BE_REPLACED