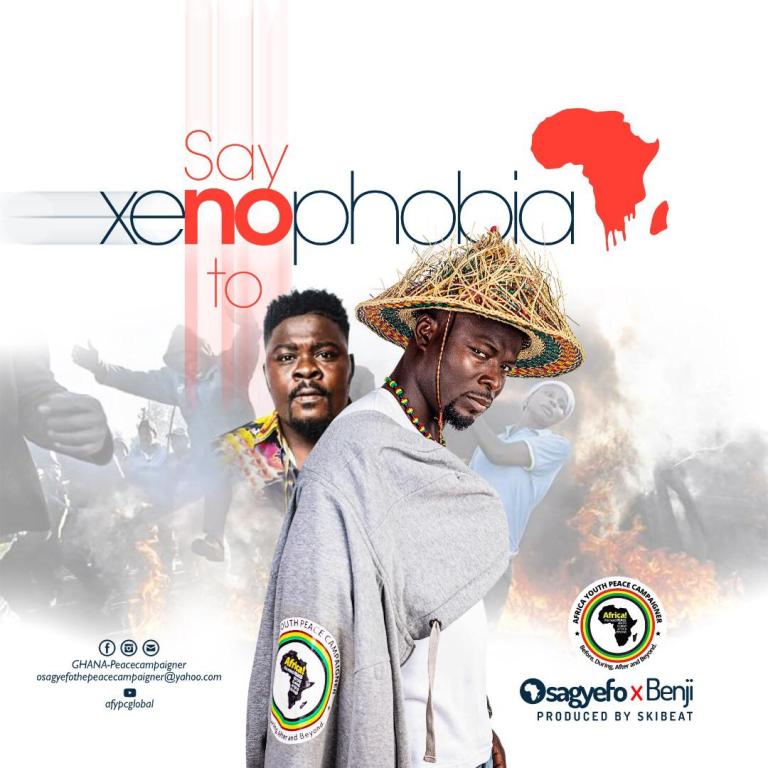 The Chief Executive Officer (CEO) of African Youth Peace Campaign and President of Pan African Alliance in the Middle East, Edward Osagyefo has launched his latest campaign for peace after the Xenophobic attacks in South Africa which sprouted across other African countries.

The Peace Campaign dubbed “SAY NO TO XENOPHOBIA” is an awakening call on Africans to stay United in peace for development.

In a theme song released to send the Peace Message across through the African continent, Edward Osagyefo who featured King D for that price of work, stressed the scourges of Xenophobia, Black Slavery and Racism.

Xenophobia, Black Slavery and Racism he said, are taken over the place of peace and unity in Africa and that it is time Africans stood up and say “NO” to what he described us evils.

Speaking to Edward Osagyefo in an interview, he indicated that Africa is bleeding and weeping as we fight ourselves and give room to Racism and Tribalism.

“Innocent children are dying to Xenophobia, mothers are crying whilst fathers are running and fleeing from their own beloved countries. Why must it be so?” he asked.

According to the African Youth Peace Campaign CEO, the bitter experiences of Xenophobia may live on forever, however the end to the attacks must be now.

Edward Osagyefo said Africans are one irrespective of one’s colour hence, living together in peace will not only bring development, but will also restore the dignity of Africa which must have been lost to the cold hands of Xenophobia, Racism and Black Slavery.

He said “Say No To Xenophobia,” is a music track he released to rally all towards the table of peace, unity and equality and expressed the belief that in no time, Africa will never hear of Xenophobia, Racism and Black Slavery, because all will be a thing of the past.

He also called on all to, in their own small ways, preach peace at all times and say “No To Xenophobia.”

Below is the Link to the Track https://audiomack.com/song/prosperkay/xenophobiaghana-peacecampainer