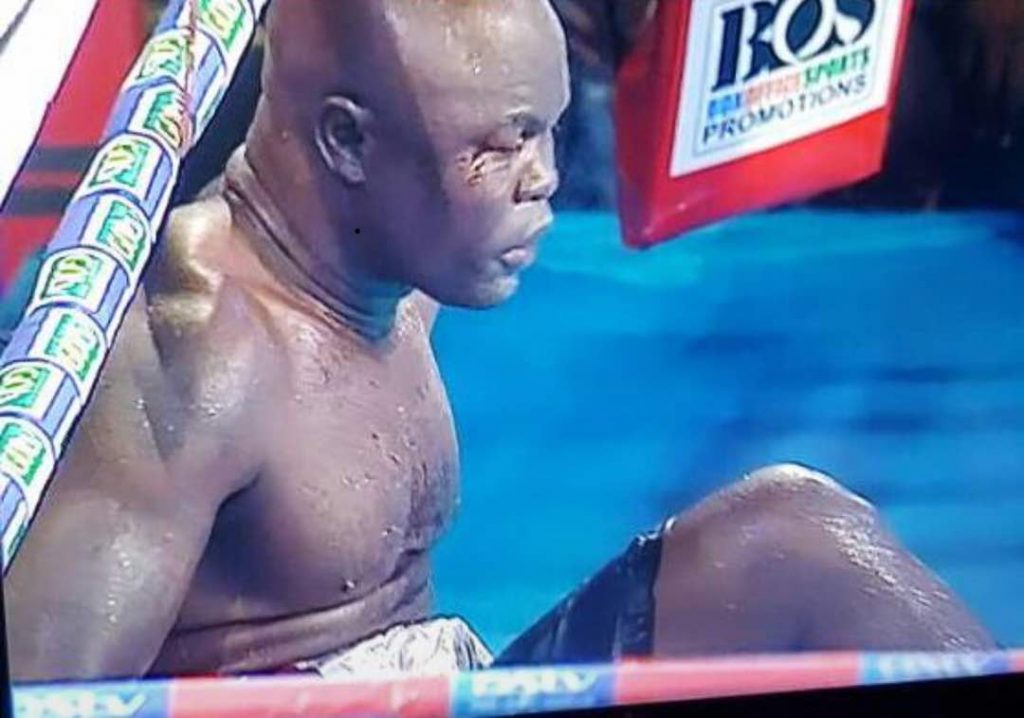 Ghana’s self proclaimed ‘African Mayweather’, Bukom Banku’s unbeaten record was shattered on Saturday after he lost for the first time in his career. Before the bout, Banku in his typical self claimed he would floor Bastie Samir, and asked Ghanaians  to call him ‘a foolish’ if he failed. Samir dominated the bout after a rocky first round, keeping Banku on his toes and flooring him in the third round. The seventh, however, proved to be the pivotal round, as Samir came out swinging and sent the brash Bukom star to the canvas. He was unable to answer the ten count, leaving the ref no choice but to declare a defeat via TKO. The loss takes Banku’s record down to 29-1 (22 KOs), whilst Samir improves to 17-0-1 (16 KOs). https://ameyawdebrah.com/blackbusters-score-successes-world-electro-dance-music/]]>

Is Migos a fruit? South Africa's Minister of Police asks

Viola Davis makes a stunning transformation in the new trailer for ‘The Woman King’, in which she plays Nanisca, leader of the all-female warriors known as the Agojie. END_OF_DOCUMENT_TOKEN_TO_BE_REPLACED

African-American businessman and jet broker Kelvin Mensah, popularly known as PJKev has added his voice to the many people against the building of the National Cathedral. END_OF_DOCUMENT_TOKEN_TO_BE_REPLACED

Nigerian hip-hop artiste, Eedris Abdulkareem has disclosed that he is battling kidney failure and will have a surgical operation at the end of July. END_OF_DOCUMENT_TOKEN_TO_BE_REPLACED

According to reports from Nigeria, unidentified gunmen have attacked an ‘advance team’ of President Buhari’s presidential aides leading to injuries to two people. END_OF_DOCUMENT_TOKEN_TO_BE_REPLACED

Sensational highlife/afrobeat artist KiDi has said that his dream is to collaborate with Daddy Lumba on a song. END_OF_DOCUMENT_TOKEN_TO_BE_REPLACED