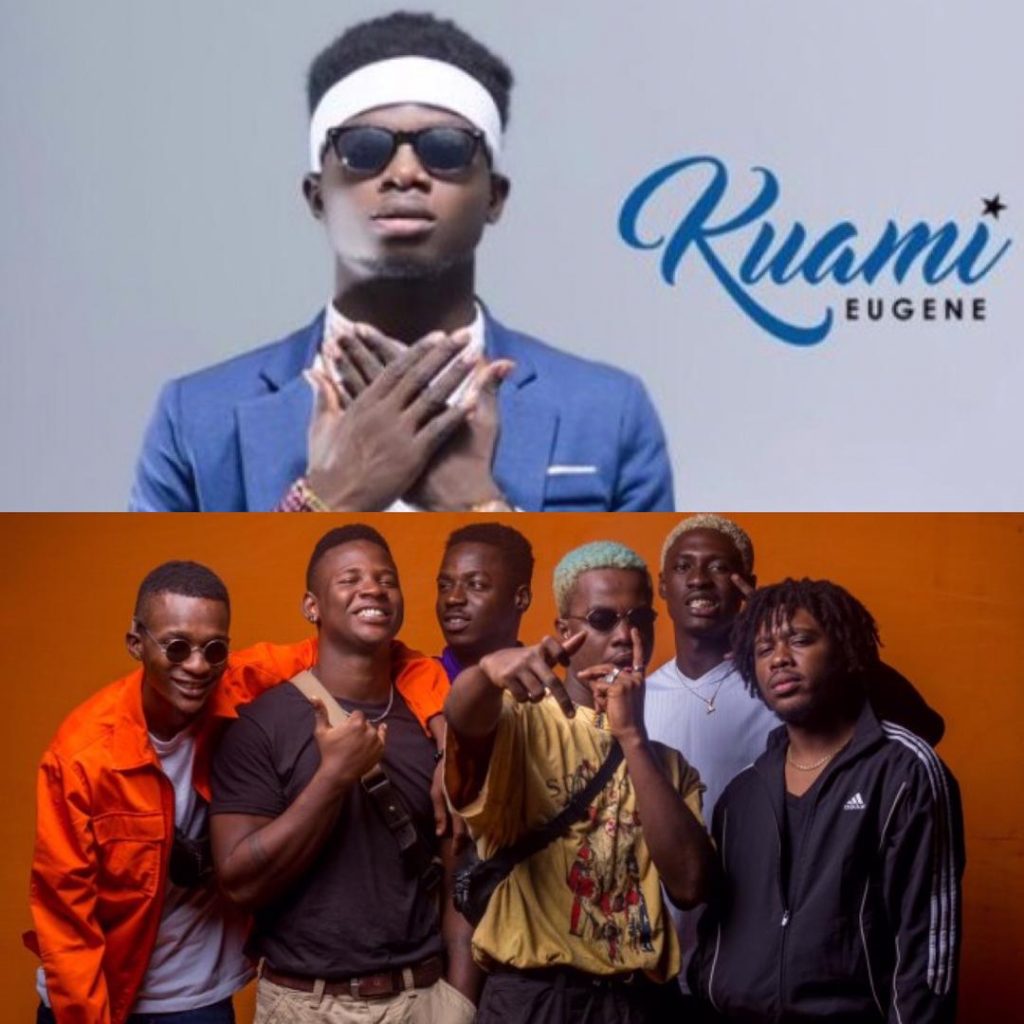 Ghana’s six-member group “La Même Gang” was not even nominated for this year’s All Africa Music Awards, AFRIMA held in Accra, over the weekend which saw Kuami Eugene win the “Most Promising Artist of The Year”  but it seems Nxwrth who happens to be a member and producer of La Même Gang was not in agreement with the victory.

Shortly after the win was announced, Nxwrth tweeted a comment that many Twitter users have deemed as a disrespect to the Lynx Entertainment signee, Kuami Eugene.

He then followed with;

“it’s sad, we live in a part of the world where singles matter more than projects”

The tweets above incurred the savagery of Ghana Twitter as many users subjected La Même Gang to disproportionate levels of trolling. As a rare occurrence, many mounted very solid reasons why it is “disrespectful” for La Même Gang to be put on the same level as Kuami Eugene

Below are a couple of tweets on the subject:

Nobody is hating on La Meme. Nobody is saying they’re not putting in the work. But that “laughs in La Meme Gang” in response to Kuami Eugene winning AFRIMA’s Most Promising Artiste is disrespectful. Are you not shy? Bomboclaat!

King Promise had Sark and Mugees on CCTV. He has 4.3 million views on YouTube. Kuami Eugene on a solo track comes out a month later and has 6.9 million views for Wish Me Well. The guy’s numbers are unbelievable!!!!

If you remove Twitter, legon, UCC den like 3 polytechnics, where La Meme gang be big for again? Sia

The La Meme Gang ankasa e check like Yaw Sarpong and the Asomafoɔ.

Darkovibes is the Yaw Sarpong

You dey Ghana dey figure you be migos secof you dey get legon girls chop.. Kuami Eugene take en own dey build worldwide fan base aa you wan come talk say he no deserve the award.. He no deserve gbemi

Currently, Kuami Eugene's genre of music is widely patronized across the continent and so a few songs can trend easily. He's still good but people shouldn't use this as a reason to trash the La Meme Gang cos they're really good artists in a different genre. They're very promising

You’re not even fighting Kuami Eugene for VGMA Discovery of the Year so say we fit talk some give you guys. Dude won AFRICA’s MOST PROMISING ARTISTE OF THE YEAR. AFRICA! Tell me what song La Meme has done that has even gotten to the years of a Yoghurt seller in Togo? Maifren!

After several backlash for his tweet, Nxrwth went on a blocking spree and later deleted all tweets from his account.

Watch: Efia Odo asks if Moesha is a Cow.