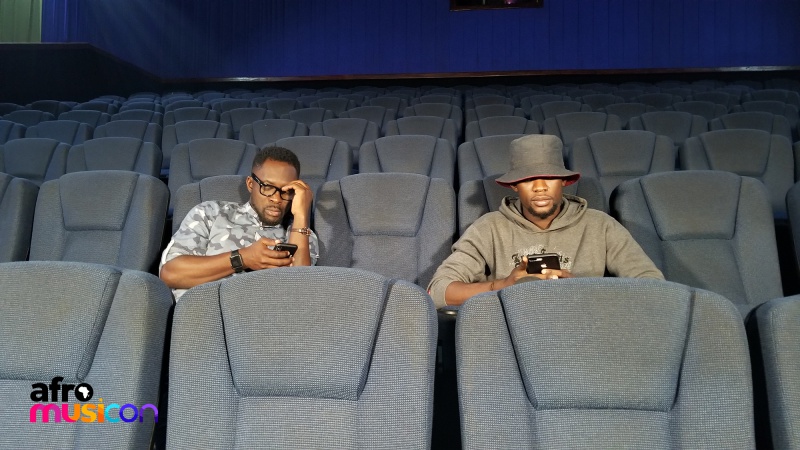 Musicians, video directors, and the videos they shoot often don’t get the deserved appreciation in these parts. The consumers, for years, have only been privy to the end product on TV and on the internet due to the absence of such materials for public consumption.   The blame can however be put on musicians, video directors and everybody involved in the musician’s welfare for not doing enough to tell the backstory of their own works.   Behind-the-scene footages and documentaries form a cognizant part of the whole business strategy for almost all international artistes. Behind-the-scene is basically the act of revealing or reporting on things that usually happen privately without being known or seen by the public. It is a very important marketing activity which can help create, keep and satisfy the consumer.   As part of its agenda to uncover the many elements of the business of music, AfroMusicon is collaborating with renowned and award winning music video director, Nana Kofi Asihene of NKACC, to direct and produce a video for budding altè musician, Worlasi under what is being called The AfroMusicon & Nana Asihene Project(The ANA Project).   Beyond seeing a video on any platform, the directors, producers and artistes etc. go through a chain of technical and practical processes to ensure that the best is put out. In the last decade, the art of making a music video has evolved and become one of the most influential artistic modules in the entertainment industry.   The ANA Project’s primary objective is to give consumers access to this process, and the many varied works that happen behind the scenes of the video, whiles understanding the rationale behind the concept, the creative process and the roles of the team on set.   The music video will be premiered at the launch of AfroMusicon later this year.   To further support artiste independence and growth of the local industry, AfroMusicon in partnership with Aftown Music and MiPromo (both locally owned) will monetize the video and all proceeds will go to the artiste.   AfroMusicon, the first music conference and festival to be held in Ghana, is being organized by the biggest 360 creative youth agency in Ghana, EchoHouse Ghana Limited.   EchoHouse is doing this in partnership with Innova DDB and Pulse Creatives with support from Trace TV, Kuulpeeps, Rogue Lens, digIT, Aftown, BBnZ, DGN, Ameyaw Debrah Media, NYDJ Live Media, George Britton Media, Ghud Music, Enewsgh, StarrBuzz and Talk Media Ghana, MiPromo and Ghana Music.   Join the conversation on www.afromusic.com and @AfroMusicon on social media.  ]]>

Related Topics:AfromusiconNana Kofi Asihene
Up Next

A Davido, Kelvyn Boy collabo could be on the way. END_OF_DOCUMENT_TOKEN_TO_BE_REPLACED

Eyinatayo Iluyomade, a 19-year-old Lagos-based comedian, has been arrested and charged to court for saying an expensive joke. END_OF_DOCUMENT_TOKEN_TO_BE_REPLACED

Despite the public not being privy to the romantic life of Ghanaian actress Salma Mumin, she has revealed her heart has been broken several times. END_OF_DOCUMENT_TOKEN_TO_BE_REPLACED

The Lioness of Africa, Wiyaala and the King of African Dancehall, Shatta Wale on Saturday, August 13, 2022, rocked the Summer Stage in New York City. END_OF_DOCUMENT_TOKEN_TO_BE_REPLACED

Legendary Ghanaian rapper, Tinny has descended heavily on Stonebwoy and Mercury Quaye over some comments they had made on radio concerning the confiscation of his car. END_OF_DOCUMENT_TOKEN_TO_BE_REPLACED