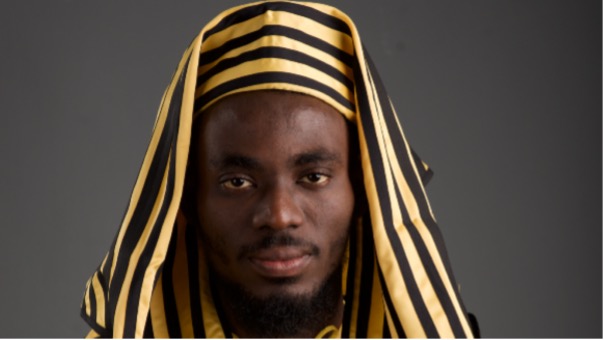 Coming off an impressive first edition, Ahokagya is set to headline the Snap Cinema for the second edition of “Moment With The Universe” show.

Acclaimed as “The Boy Who Knows” in his early days, Ahokagya is a Ghanaian master mentalist who wows his audience with his feats of mind-reading, telepathy, and other mental abilities. He also uses these to help people with various issues ranging from addictions to mental issues and the like. He has a striking ability to see the past, present and the future.

Read Also: Jupitar reveals how he came to be on “Ghost’s album

This year’s edition of the event seeks to “unveil an atmosphere of spirituality” while Ahokagya leads audience to have “an encounter with the past, present, and future,” according to the organizers. It will also feature prophecy and deliverance sessions but in a Dikaios way. The event is slated for the Accra City Hall Complex of SNAP Cinema on June 25th at 5pm.

I’m Unique In My Own Way-Says Charles Fanti

Viola Davis makes a stunning transformation in the new trailer for ‘The Woman King’, in which she plays Nanisca, leader of the all-female warriors known as the Agojie. END_OF_DOCUMENT_TOKEN_TO_BE_REPLACED

African-American businessman and jet broker Kelvin Mensah, popularly known as PJKev has added his voice to the many people against the building of the National Cathedral. END_OF_DOCUMENT_TOKEN_TO_BE_REPLACED

Nigerian hip-hop artiste, Eedris Abdulkareem has disclosed that he is battling kidney failure and will have a surgical operation at the end of July. END_OF_DOCUMENT_TOKEN_TO_BE_REPLACED

According to reports from Nigeria, unidentified gunmen have attacked an ‘advance team’ of President Buhari’s presidential aides leading to injuries to two people. END_OF_DOCUMENT_TOKEN_TO_BE_REPLACED

Sensational highlife/afrobeat artist KiDi has said that his dream is to collaborate with Daddy Lumba on a song. END_OF_DOCUMENT_TOKEN_TO_BE_REPLACED