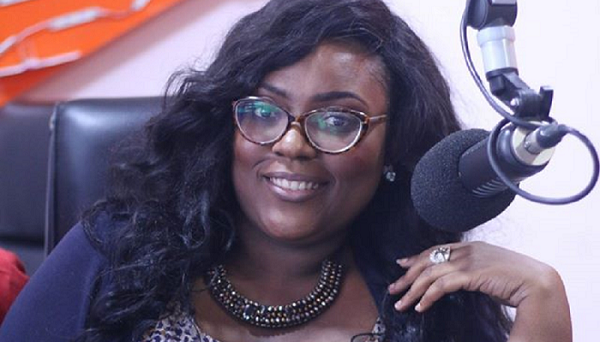 Radio and TV personality, AJ Sarpong has condemned Ayisi Boateng’s recent comments describing it as part of a bigger mindset problem that is entrenched among politicians in Ghana. Ayisi Boateng who is Ghana’s Ambassador to South Africa came under fire when he said at a public forum that he would put the interests of members of the governing New Patriotic Party (NPP), ahead of other Ghanaians in the discharge of his duties. After defending the comment and claiming he was taken out of context, the public bashing, chiefly on social media, intensified, causing him to apologise and retract the comments. https://ameyawdebrah.com/114141-2/ Addressing this issue last Saturday on Celebrity Fanzone, on GH One TV, AJ Sarpong argued that the troubling bit about Ayisi’s gaffe has little to do with his comments but the kind of mindset that thrives among people in power. She stated: “This is how Ghana in my honest opinion is right now. Every government comes in they place their people first. It’s not about the comment because he went on to say a lot of other MPs and people in power think the same way and they don’t say it but he will publicly say it. So it is not about his utterances but about the mindset of a lot of people in power.” Meanwhile, former President John Mahama has joined calls for Ghana’s Ambassador to South Africa, George Ayisi-Boateng, to be sacked for making comments condemned widely as undiplomatic. The former President says the apology from the embattled High Commissioner following the public condemnation was not sincere. He suggests the apology letter in which Mr Ayisi-Boateng says he regrets “the effect of my speech delivered to the young party members which has generated public outcry,” was not authored by the High Commissioner. “If you read the apology letter, it’s an apology of an apology letter.  He said ‘I apologise for the effect of my words, not ‘I apologise for my words’, ‘I apologise for the effect of my words’. That is the new government under which we are,” John Mahama said. It is still unclear whether the President will heed to calls that Ayisi Boateng should be relieved of his position as Ghana’s Ambassador to South Africa. Credit: G. K. Sarpong    ]]>

Related Topics:AJ Sarpong
Up Next