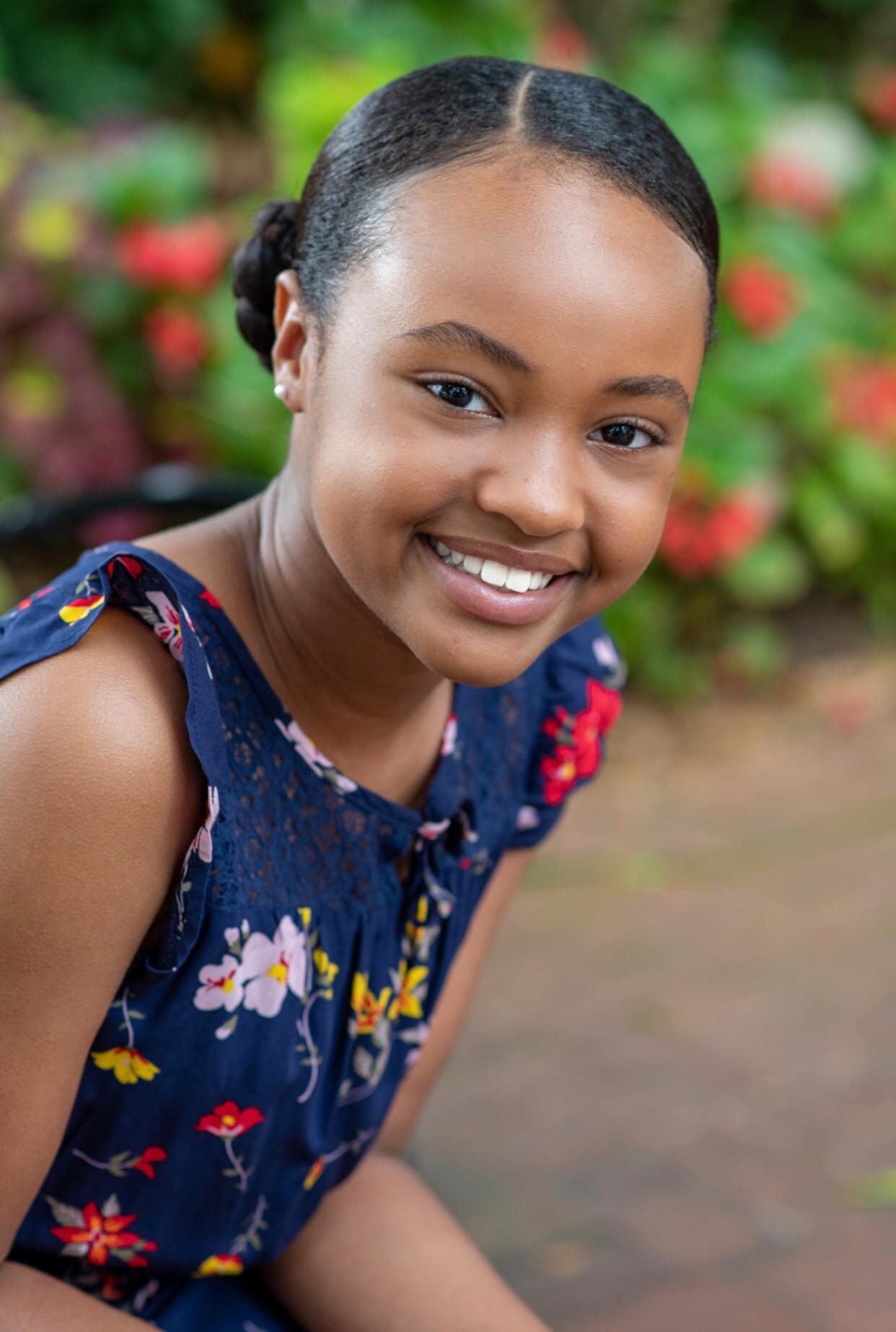 Akiley Love is 12-year old who loves solving complex math problems, competitive hula hooping and making people laugh through comedy and storytelling. So playing the role of   princess Tinashe in the anticipated upcoming comedy, ‘Coming 2 America’, was surely right up her alley.

“It was really fun doing this movie, walking around seeing all the big actors so casually. It was so much fun seeing all the amazing costumes on set, ” she recounted her days on set with me in an interview.

Akiley is no stranger to the iconic ‘Coming to America’ movie. She has seen it many times with her mother. “I love it because it is a hilarious movie in general. I like the part where they walk into the barbershop and they call them Mufasa… and when they steal their luggage on the street. It’s a hilarious movie. I love watching it.”

According to the young actress, getting to be a part of the sequel meant a great deal to her because she got to meet the people she had enjoyed watching on screen so many times. She describes her character is mischievous and funny  “ I love that because that is how I am in real life. She is also a warrior, small but mighty!”

When Akiley found out at the audition that she had to do a ‘Caribbean/African’ accent, she just had to fall on West African heritage. “ My grandpa is actually from Ghana so it was really cool growing up and watching them walk around with this heavy accent. I would just sit down next to my grandma while she was on the phone talking in this different language. I had no idea what she would be saying. And when my grandpa talks to me I talk back to him in his accent.  So I have had so much practice and the fact that I actually got to do that at the auditions was fun.  It was fun playing an African princess, and just putting Africa in a positive light and what it really is.”

Akiley wants viewers around the world to walk away with a smile on their faces after seeing ‘Coming 2 America’ which is available from March 5 on Amazon Prime Video. “It is a hilarious movie and I love watching it and being a part of it. Every single black person who watches it is going walk away feeling good because it shows him or her in a positive way, and it shows that they are really powerful. There is a lot of black excellence on screen.”

At the young age of five, she knew she wanted to bring her joyful presence to the big screen as an actor after studying and admiring comedy shows on Disney Channel. She asked her mother to “put me on the Disney Channel so my friends can see me making people laugh.”

As a professionally trained actor, Love has mastered a diverse range of skills. A great deal of her training was focused on improv, which became essential in gaining her the opportunity to host, write, produce and direct her YouTube show, Do It Yourself Girl! – DIYG with Akiley, for the tween retail brand, Justice.

Love continues to grow and evolve as she prepares for many exciting upcoming opportunities and projects. She hinted: “In the future I hope to go really far in the industry because this movie made me realize how much fun it is to be on set, and do all kinds of stuff like this. I hope to even get my own show one day and even be the main character. I have a lot of goals for myself that I am setting for the future, and I cant wait to achieve them.”

Wesley Snipes calls for an equivalent of Tyler Perry Studios in Africa, as he lauds his role in ‘Coming 2 America’