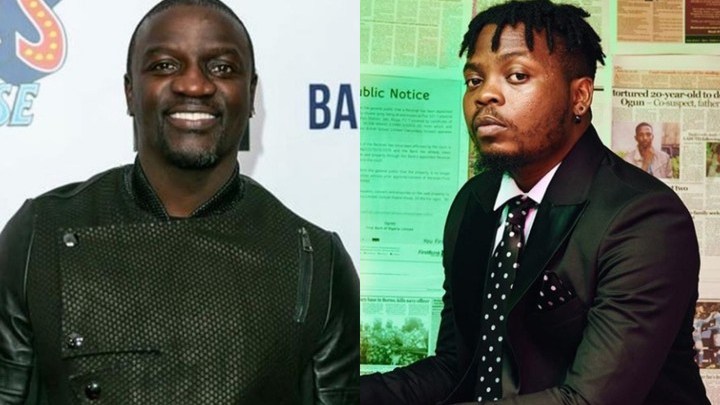 The singer made this interesting revelation during an interview with American radio show “The Breakfast Club” while speaking about Afrobeats and his involvement in the revolution of African music.

According to Akon, he has groomed several African artistes even though he does not get enough credit for that and further revealed that he signed Davido, Wizkid, and PSquare in the year 2011 when they were just upcoming artistes.

Unfortunately, nothing was written on paper hence the artistes were not able to honor the deal.

The Konvict Music boss also revealed in the interview that he currently has Nigerian rapper Olamide on his record label.

Olamide is yet to confirm this story as he is also a record label owner with several artistes under his YBNL label.

Government should drop case against Shatta Wale and I – Stonebwoy pleads

What a time to be an African! On the back of a successful Global Citizen Festival in Accra, and a visit of  Recording Academy CEO, Harvey Mason Jr to Ghana, his first trip to West Africa, it appears that Afrobeats may soon get its individual shine at the Grammys! END_OF_DOCUMENT_TOKEN_TO_BE_REPLACED

The School of Graduate Studies of the University of Professional Studies (UPSA) has honoured Ghanaian musician, Rebecca Acheampong known popularly as Becca for her outstanding academic achievements. END_OF_DOCUMENT_TOKEN_TO_BE_REPLACED

Platinum selling artist, KiDi has reacted to the resurfacing of his old tweets on the social media platform. END_OF_DOCUMENT_TOKEN_TO_BE_REPLACED