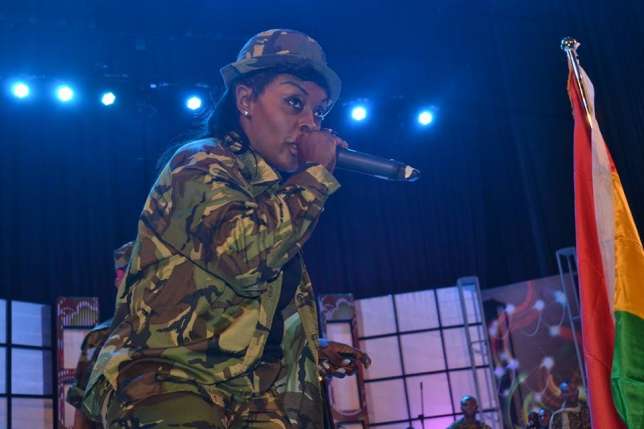 Highlife musician, Akosua Agyapong, has been granted bail to the sum of GHS 160,000 with two sureties. She was hauled before the Accra Circuit Court for allegedly conspiring with another person to defraud a businessman of GHS 105,000 in a land deal. Accra News’ Ama Brako Ampofo reported that Akosua Agyapong “was so calm and kept shaking her head throughout as the facts were being read to her in court”. The prosecution claimed the musician and a man identified as Frank Agyemang, also known as Killer Boss, sold a land which apparently did not belong to them to the businessman. The two have therefore been charged with conspiracy to commit crime and fraudulent transaction of land. At the hearing on Tuesday, October 24 Akosua Agyapong pleaded not guilty to all the charges. She was subsequently granted a GHS 160, 000 bail with two sureties, with one to be justified. The court, presided over by Mrs Cecilia Dapaa Mireku, adjourned the hearing to 13th November, 2017.]]>

Related Topics:Akosua Agyapong
Up Next