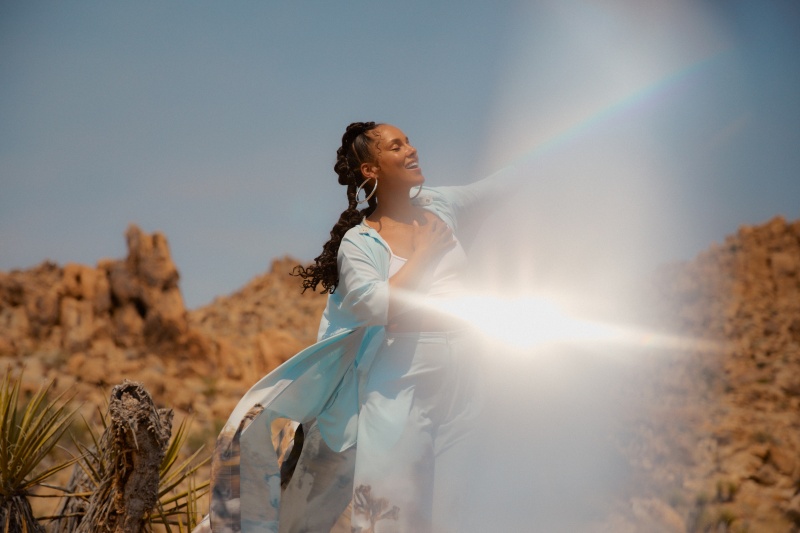 Alicia Keys has released the music video for “Love Looks Better” from new self-titled album, Alicia, which is about making the time to “be present for each other.”  The video was directed by acclaimed filmmaker Gina Prince-Bythewood.

The introspective track was co-written and co-produced by OneRepublic’s Ryan Tedder.

In a statement, Keys said: “This song has such an energy! It really talks about how busy we’ve become, how fast we got used to moving, and now we realize that my love looks better on you. It’s time to really be present for each other. It feels like something we can all understand now. It’s the perfect energy heading into the release of my new album Alicia.

“It’s a sneaky melody. It’s going to get caught in your head and you’re not going to be able to stop singing ‘Can we touch for a second / Be us for a second / No matter what I give it to / My love looks better on you.’”

The upcoming record also features “So Done” with Khalid, the smash hit, “Underdog,” and the Miguel-featuring “Show Me Love.”

In June, Keys released “Perfect Way To Die,” which was released in the wake of the Black Lives Matter protests and explored a “system of racism that looks at Black life as unworthy” and “the culture of police violence.”

It’s a busy time for the “No One” singer as it was also revealed that she is producing an untitled romantic comedy for Netflix via her AK Worldwide banner.

The movie will star Jay Pharoah and Sinqua Walls and focuses on aspiring pop star Erica, who reluctantly takes a gig on a luxurious island while suffering a career meltdown – only to discover that it is her former fiancé Jason’s wedding.

Alicia was released on Sept. 18.