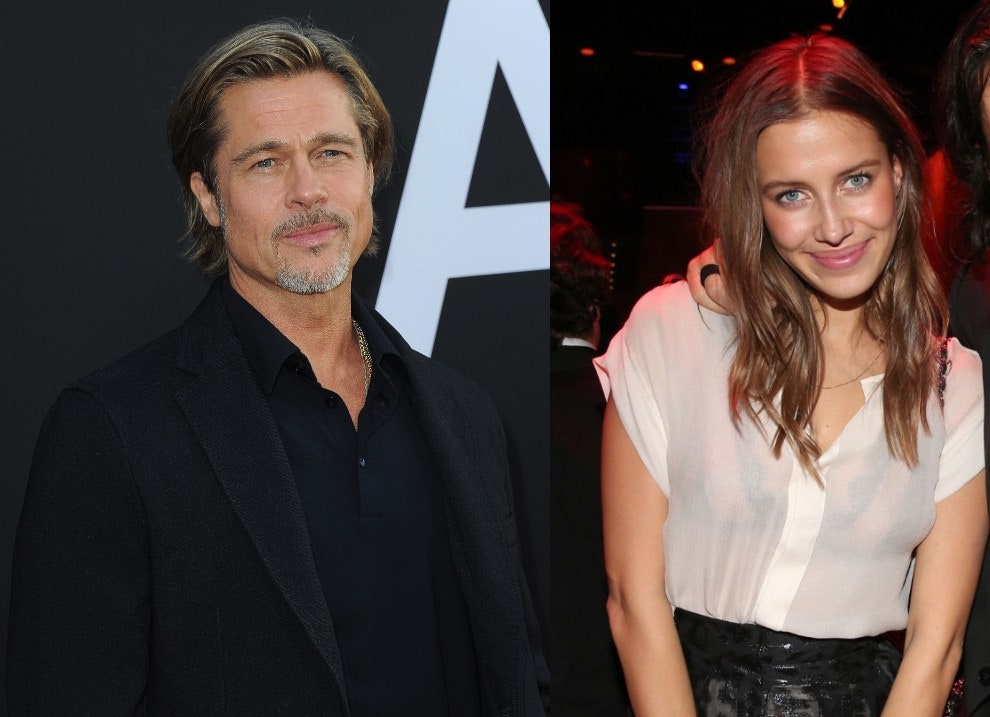 Brad Pitt and Nicole Poturalski were first linked in 2019 and reconnected in August as they were reportedly vacationing in the South of France, which is “Totally Over.”

When did Brad Pitt and Nicole Poturalski first Meet? The duo first met back in November 2019, they spotted together sitting at the Hollywood Bowl, then in August of this year, they spotted in France chateau that Brad and his ex-wife Angelina Jolie currently share.

Moreover, fans were surprised to know that their relationship had become much more serious after they reportedly meeting in Germany at the restaurant Borchard, the restaurant is owned by Nicole’s current husband Roland Mary.

Nicole was already married to her 68-year-old husband, Roland Mary before meeting Brad. According to Walikali, she first met the Actor at Roland’s restaurant in Germany.

Curently, Nicole and her husband have agreed to open marriage and yes they do see other people while they are still married.

After few months of casual dating, Nicole and Brad have called it quits, the 27 years old Nicole has officially broken up with the Actor, Brad relationship with his Ex-Girlfriend occurred while he and Angelina are in the midst of an ongoing legal battle, as they continue to try and work out custody agreements for their six children.

Since news of her relationship with Brad broke, she spotted out with her husband Roland again at his restaurant. After her breakup with Brad Pitt she took to Instagram stories and wrote “Hey guys, I have been wondering since forever. why people leave hateful comments? Because I don’t get it. it’s just so rude and sad for those commenting.”

Last month, she was involved in the drama between Angelina and Brad after one social media user asked why Brad and she “hate Angelina,” to which she responded by sharing a quote “Happy people don’t hate.”

She and her husband Roland of eight years have an open marriage. At the same time, Nicole’s Husband has been married several times and has five children from his previous relationship. According to Nicole Poturalski Biography, she was born on January 2, 1993, and her age is 27 years old.

Recently, Brad Pitt spotted out doing charity work in South Central Los Angeles, he was seen distributing boxes of groceries for the families in need. Earlier, in the US election, Brad had been actively endorsing Joe Biden during the presidential election.

In a minute-long campaign video, he narrated “America is a place for everyone. Those who chose this county, those who fought for it, some Republicans, some Democrats, and most just somewhere in between.”

One of the three men charged in relation to Mac Miller‘s 2018 death from a drug overdose has been sentenced to 17 years and six months in prison. END_OF_DOCUMENT_TOKEN_TO_BE_REPLACED

The 2022 Billboard Music Awards took over the MGM Grand Garden Arena in Las Vegas on Sunday (May 15), with Sean “Diddy” Combs hosting and performing. END_OF_DOCUMENT_TOKEN_TO_BE_REPLACED

Listen UP: Gracious K returns with ‘This Side’

Is It Wise To Buy Dabs In Bulk?

Can You Drink Premium Kratom Tea To Cure Flu?