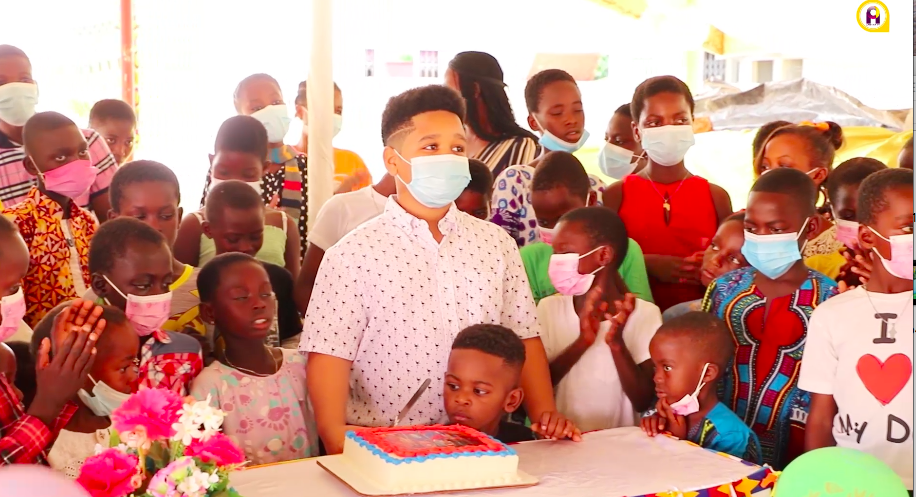 Businesswoman and political activist Amanda Atuobi celebrated the 10th birthday of her son, Isaiah Atuobi at the Potters Village Home for orphans and abused women, located in Dodowa.

Isaiah Gianni Nana Yaw Atuobi turned 10 years on April 17 and ahead of his birthday, his mother granted his wish to spend the day, doing charity.

Speaking to AmeyawTV at the event, Amanda revealed why she chose The Potters Village for her son’s celebration.

“My Son Isaiah told us he wanted to do charity for his birthday this year. I made it a goal to make his wish occur. He specifically told us he didn’t want just a regular donation. He wanted to do something touching that the kids would remember  and he wanted to be family with them. We made it happen. My goal is to use my platform and attain more exposure to the Potters Village. “

She also wrote on Instagram: “Mama Jane Adu, the founder & I have been in communication for a while now. I told her what Isaiah wanted, and she did her best on her end. He’s very grateful & wants to thank everyone involved. Isaiah used money HE saved & donated a Microwave, Groceries & some funds to the Potters Village today. I’m so blessed we raised such a kind-hearted boychild. He purchased exactly what the kids actually told us they wanted.”

Watch Highlights from the birthday celebrations at The Potters Village:

The Potters Village is a charitable organization established to provide care and support to women and children who suffer domestic violence and abuse. It is incorporated under the laws of Ghana (Companies Code, Act 179) as a non-profit, non-governmental organization, and is also registered with the Department of Social Welfare.  To donate to The Potters Village, visit https://thepottersvillage.org/