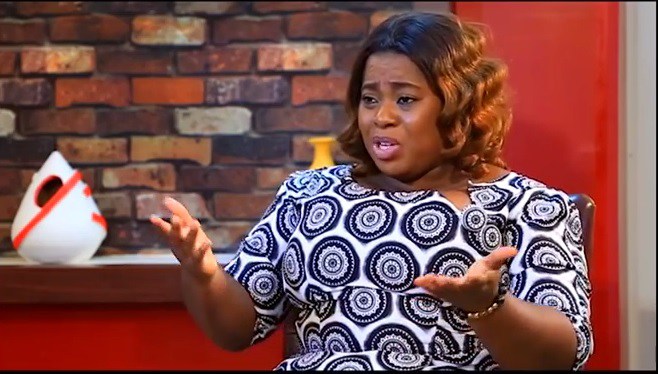 Radio and TV host, Amanda Jissih has opened up about how being plus-size affects her relationships and career. She told Stacy Amoateng on the RWS TV Show that making it to the screens came with some challenges including some popular TV stations rejecting her on their networks with excuses that her arms and legs are too big. According to Amanda, who is affectionately called Mandy J, she used to be a regular guest on one of the stations and a time came for her to host a show but that was abruptly cancelled for reasons she didn’t know. She added that a worker at the Station later informed her it was because of her body size and advised her to try and slim down a bit in order to get that opportunity. “ I had an auditioning for a Tv Show that was coming on, they loved it, everything was awesome until someone called me from the office and said that you know why they didn’t pick you? They think your legs are to big, your arms are too big … this is a very popular TV Station” she said. The Hitz Fm Radio Presenter has said she ever tried pills to slim down before but she won’t advise anyone to try it because it comes with heartbreaking side effects like bleeding for 30 days. The E-Talk host on GhOne Tv says she loves her body and any man that comes knocking on her door and says anything little about her size gets blacklisted immediately. She believes such man will keep coming at her with such complaints later against her peace and self-love. Amanda revealed that was why she once said: “Thanks for giving the fat girl an award” during her acceptance speech when she won an RTP Award; because she saw the mic and cameras of that particular TVStation at the event.]]>