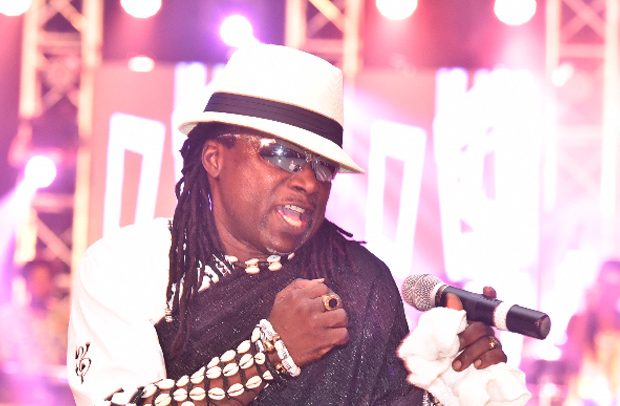 
He announced at a press conference in Accra on Friday, January 10, 2020, that this year will mark the 20th year following the release of the song.

As part of the celebrations, Amandzeba said a remix of ‘Wogbe Jeke’ will be released on January 28.

This year [August] also mark his 30 years of existence in the Ghanaian music scene.

The celebrated musician disclosed that an album will be released in August this year to climax this remarkable feat in his musical career.

‘Don’t be mad, let’s try to organize a meeting with the government to legalize weed’ – Popcaan to Kwaw Kese

What a time to be an African! On the back of a successful Global Citizen Festival in Accra, and a visit of  Recording Academy CEO, Harvey Mason Jr to Ghana, his first trip to West Africa, it appears that Afrobeats may soon get its individual shine at the Grammys! END_OF_DOCUMENT_TOKEN_TO_BE_REPLACED

The School of Graduate Studies of the University of Professional Studies (UPSA) has honoured Ghanaian musician, Rebecca Acheampong known popularly as Becca for her outstanding academic achievements. END_OF_DOCUMENT_TOKEN_TO_BE_REPLACED

Platinum selling artist, KiDi has reacted to the resurfacing of his old tweets on the social media platform. END_OF_DOCUMENT_TOKEN_TO_BE_REPLACED