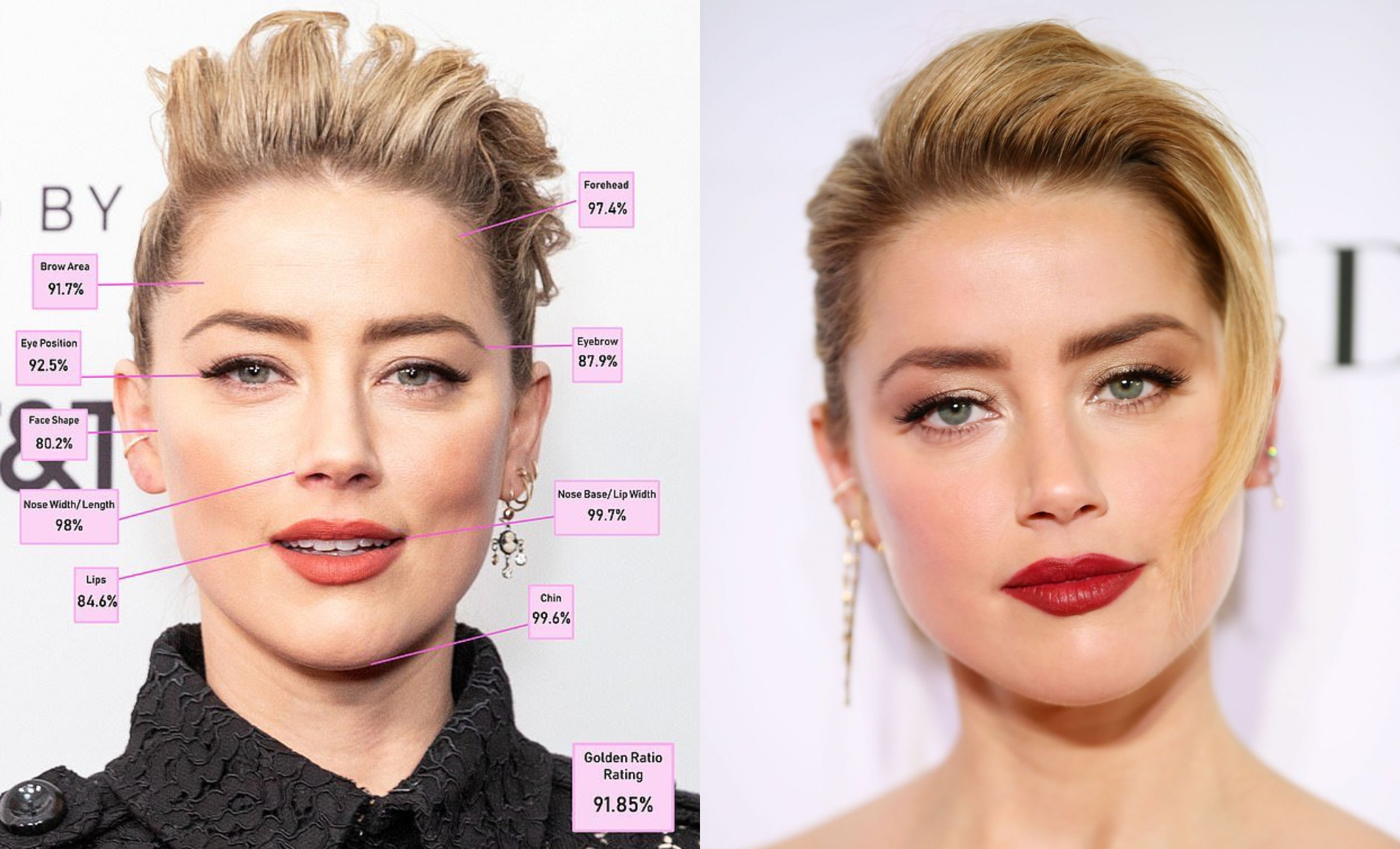 The world may have divided opinions about Amber Heard’s personality but it can be safely said that she has the most beautiful face in the world. Well, if we go by science.

Heard dominated headlines in the recent past for her highly publicized defamation case against ex-husband Johnny Depp and while the verdict was declared mostly in favour of Depp, Heard did gain a lot of unwarranted attention. A special mapping formula found that the actress has a perfect face. The technique considered various features- and the distance between them to draw the perfect face. Features like eyes, lips, and face shape are measured and analysed to draw conclusions.

Heard’s face analysis reportedly apparently reveals how close a face it is to the Greek Golden Ratio of Beauty Phi, which is 1.618.

Earlier in 2016, Heard’s face was examined in a picture and Harley Street’s Dr Julian De Silva found that her features were the closest at 91.85%.

Dr De Silva while speaking to a journal said that after a new computer mapping technique was set in place and algorithms for the key marker points on a face were created, he decided to test the system on some of the world’s most beautiful women.

“The Greeks discovered that the ratio occurs everywhere in nature and for thousands of years it has been thought to hold the secret formula of the world’s most beautiful faces,” he was quoted in Us Weekly.

“The Phi ratio of 1.618 has long been thought to hold the secret for beauty, but now with the computer mapping we can calculate how it applies to real women,” he added.

Using the same algorithm it was discovered that Johansson had the perfect eyes, model-actress Emily Ratajkowski had the most beautiful lips, Kim Kardashian had the best eyebrows, and singer Selena Gomez was hot on her heels.

Videos have emerged of the moment a Russian ice hockey star who signed a million-dollar contract with an American team was rounded up by Russian policemen and taken to an army enlistment office before he is sent to fight in the war in Ukraine. END_OF_DOCUMENT_TOKEN_TO_BE_REPLACED

A woman who flashed a gun before attempting to make her way into Diddy’s BET after-party was arrested outside the mogul’s house. END_OF_DOCUMENT_TOKEN_TO_BE_REPLACED

Andy Goram has died at the age of 58 after a short battle with cancer. END_OF_DOCUMENT_TOKEN_TO_BE_REPLACED

A woman who went viral 2 years ago for marrying the man who caught the garter after she caught the bouquet at their friends’ wedding, has shared an update on their marriage. END_OF_DOCUMENT_TOKEN_TO_BE_REPLACED

Liverpool star, Mohamed Salah has committed his future by signing the biggest deal in the club’s history. END_OF_DOCUMENT_TOKEN_TO_BE_REPLACED