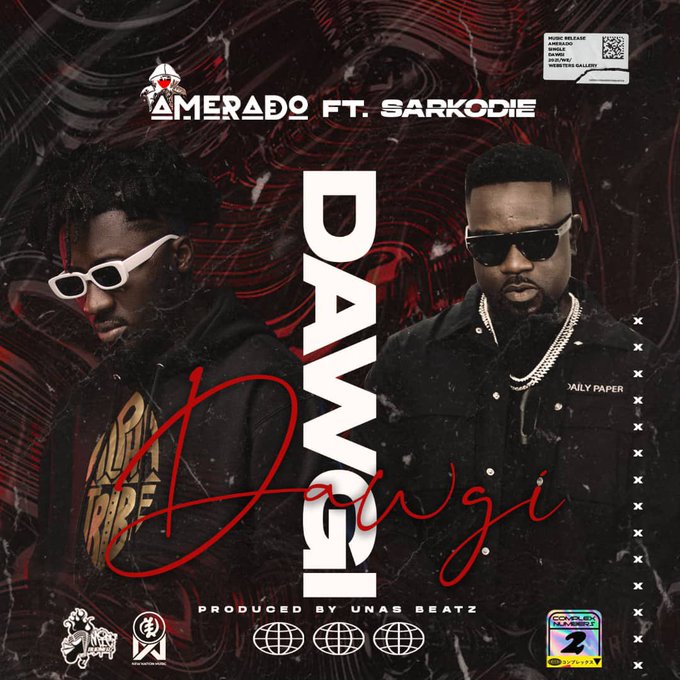 He paired up with Africa’s heavyweight rapper and Sarkcess Music headline artiste, Sarkodie who did justice to deliver an outstanding output. The new joint “Dawgi” serves as his first official release of the year.

The song was produced by Unas Beatz.

Listen UP: Kuami Eugene and Medikal featured on DJ Nore’s “Shower Me” 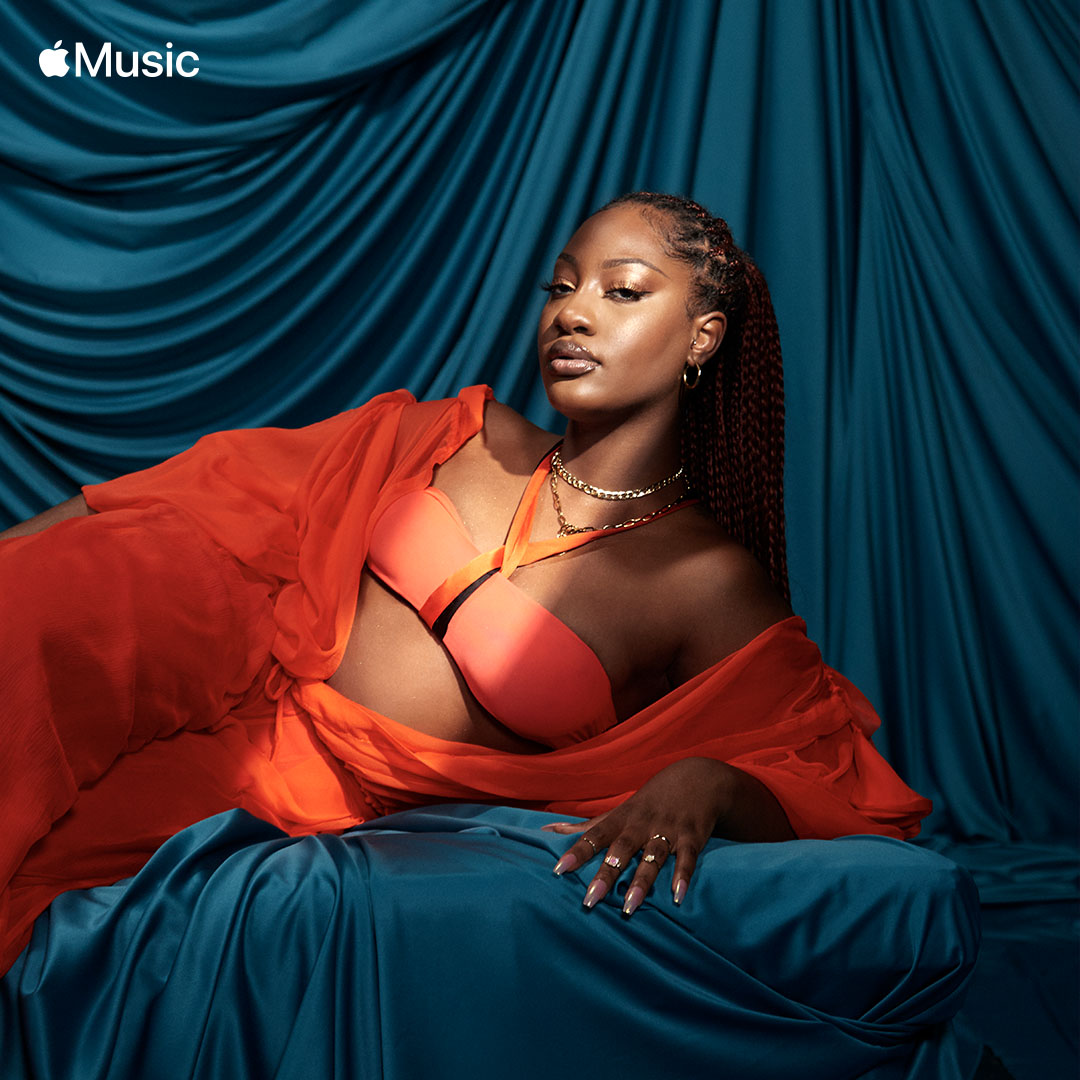 Apple Music today announced artist/producer Tems as the latest addition to its Up Next program, Apple Music’s monthly artist initiative geared towards identifying, showcasing and elevating rising talent. The artist just announced her signing to Since ’93/RCA Records, following the release of her new single, ‘Crazy Tings.’

Tems is a dynamic songwriter and producer who is bringing a new energy to the Nigerian music scene. The Isale Eko native boasts a blend of R&B and Soul paired with African nuances to create her unique sound. Last year, Tems released her first EP, For Broken Ears, which was the top R&B album in 43 countries, receiving nods from artists like Brent Faiyaz, Chris Brown, Drake, and more. Tems also appears on Drake’s newest album, Certified Lover Boy, as well as Wizkid’s standout single, ‘Essence,’ which has held the #1 position on Shazam’s Top 200 Charts. Dubbed the “song of the summer” by critics/fans, the track went #1 at Urban Radio and #1 on Billboard’s R&B/Hip-Hop Airplay chart, with a new version recently released with Justin Bieber. Tems’ songs have been prominently featured on Apple Music playlists such as Afrobeats Hits, Africa Now, Top 100: Nigeria, she was deemed an Apple Music ‘Africa Rising‘ artist, has curated exclusive guest playlists for Apple Music Africa Month and Holiday Sounds, and contributed to Apple Music’s Exclusive Original Playlist: Juneteenth 2021: Freedom Songs.

“I’m so so excited to be selected as the Apple Music Up Next artist,” says Tems. “I’m happy that I can share my story and the story of where I am from. Sending huge love to Apple Music for encouraging artists, and providing the visibility needed to impact societies on a global scale.”

“Tems once told me that ‘being yourself actually takes more courage than people would imagine,” said Apple Music 1 host Nadeska. “In her career that has meant ignoring opinions and pressure to compromise her music, while constantly defying expectations. Her debut EP was raw and addictive, leaving fans hungry for her next release. And no matter how her songwriting evolves, her unique and captivating vocal tone will bring her the spotlight on any original or feature record she touches.”

In her Up Next film out today, Tems shares details of her journey, growing up with a single mom in Lagos, Nigeria, being extremely introverted, and afraid to use her regular singing voice because it was too “textured.” She also talks about getting a job right out of university because she thought she had to provide and that’s what her family wanted. She tells Apple Music: “My decision to quit my job, that leap that I took, literally everything was just coming together. Just off ’Try Me’ alone I had a lot of shows. I couldn’t go out anymore, I couldn’t go to the supermarket anymore, I was like, ‘ok something is happening.’ ’Try Me’ came out of that strife, and I really wanted it to mean something, especially for Nigerians, people that live in this country, because things are hard.”

Additional Up Next campaign moments include a Jimmy Kimmel Live! performance on September 29 and a sit down interview with Apple Music 1’s Nadeska, where she discusses her highlights from the last year, working with Wizkid on ‘Essence,’ as well as its remix with Justin Bieber, and the new music she has coming.

Watch the Apple Music Tems Up Next film HERE

Check out her Apple Music 1 interview with Nadeska HERE

Stream the If Orange Was A Place EP today and add the Apple Music Up Next Playlist into your listening rotation. 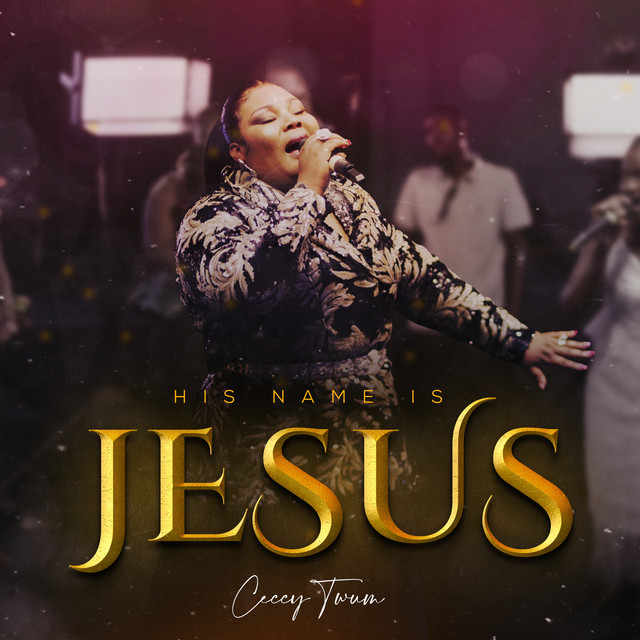 Multiple award-winning gospel soloist Ceccy Twum has finally unveiled the much-anticipated single dubbed  ” His Name is Jesus ”.  The song highlights resorting to God for all solutions to your prayers. His Name is Jesus is also a musical portrayal of the Hegemony of God as He is all-powerful enough to be your strong refuge in times of trials.

The gospel sensation delivered some incredible vocals on this new soul-lifting and fascinating single. The video was directed by Piccolo Mondo.

Ceccy Twum born Ceccy Abena Ampratwum is a celebrated Ghanaian gospel singer. She released her first album Me Gyefo ne Yesu in 2005, which brought her into the limelight.

Ceccy has many hits songs including Victory, Di Wo Hene, Your Grace, Jehovah, Amen, and many more. In 2018 her major hit single Jehovah earned her a nomination at the Vodafone Ghana Music Awards as the Gospel song of the year. She was also nominated for Artiste Of Excellence West Africa at the African Music And Media Awards. 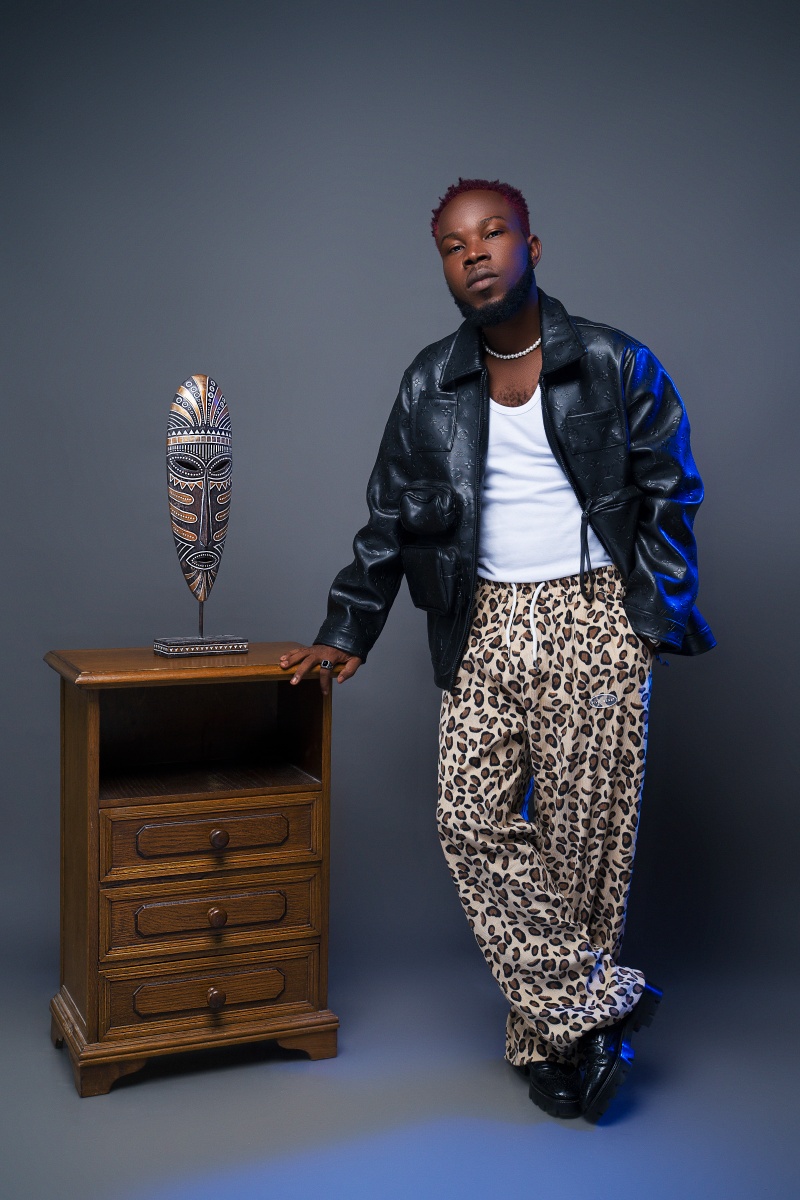 Talented songwriter and singer, Amos Nii Yartey known in the music industry as Shade O once again justified his godlike abilities, as he has brought a new spectacular genre of music never heard of before. He calls this, the “Afrocarribean sounds.” Being a creative music maestro, the hit maker has conjoined African sounds with Caribbean tunes to create a harmonious blend. This worldwide appeal genre, he believes, will be a rooted feat, emulated by all musicians and loved by all and sundry.

Shade O, signed under Altmost Entertainment has released earlier, hit songs like ‘criminal,’ ‘crazy,’ ‘where dem dey,’ among several others. He also released the L’amor Ep which was a masterpiece cluster of songs, featuring renowned artists such as Kelvyn Boy, Dr. Cryme, Ephraim, Yaw Berk and several others. On 15th October 2021, Shade O will drop a love banger titled, “Low.”

Cruise along with this music gem, Shade O and enjoy his sensational Afrocarribean songs yet to spice the music industry. 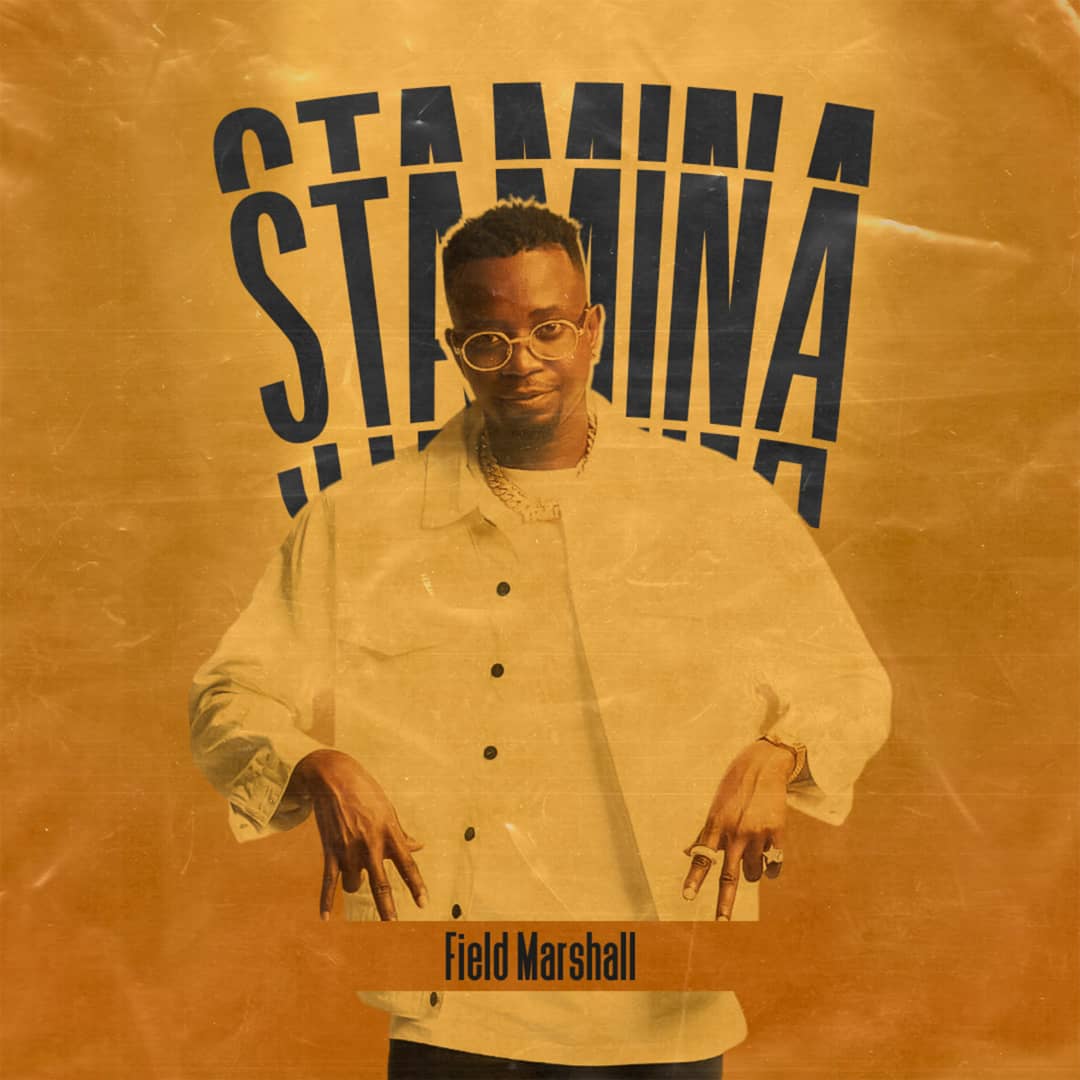 Field Marshall returns again for the ladies. This time he brings “Stamina” in different forms he expresses in the song which is quite relative.

Though a clean lyric song, it connotes very raunchy language with sweet melodies to grab the attention of the ladies.

MOG Beatz who produced the record seem to have a great synergy with Field Marshall whose real name is Abubakar Ibn Sawyer. He is a prolific songwriter who holds prowess over African sounds and the Reggae genre; he boastfully fits in all genres with his silky voice and melodies with which he does with so much ease, as exhibited in this latest song “Stamina”.

According to him, “the song expresses how African Men are sexually fit and don’t need any boring woman during sex. As an African man you need to be fit and service a woman nicely to feel good.”

Listen to the song here on Digital Stores: https://fieldmarshall.lnk.to/StreamStamina

Field Marshall is a Ghanaian Afrobeats & Reggae/Dancehall crooner; he belongs to Team Unify and runs Field Marshall Music under his arm. 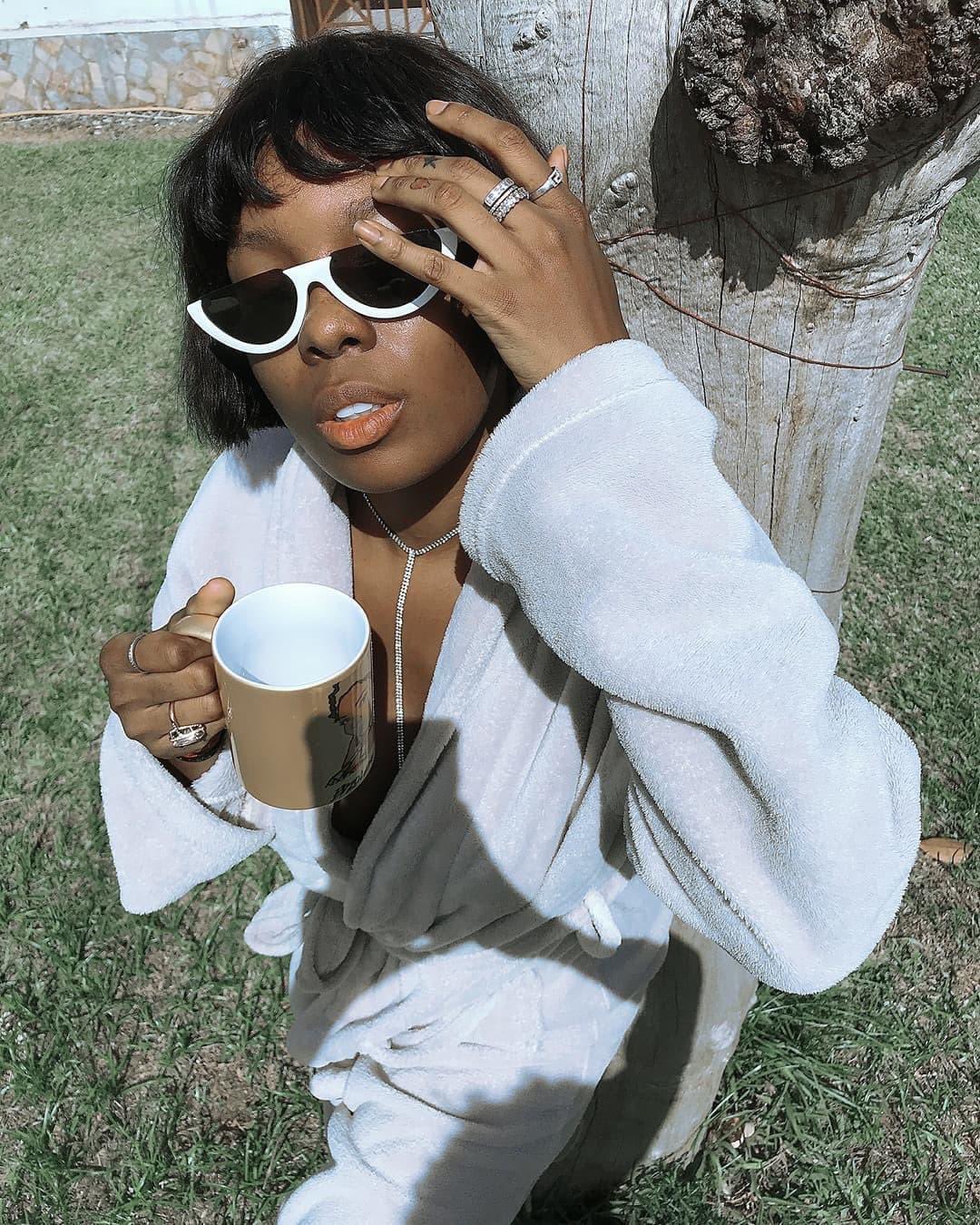 Off Da Ground Ghanaian-based singer “Feli Nuna” is one of the best talented African descendants who have been making waves locally and internationally with every single release.
Following her hit-single “Wanted” which came with a smash visual, Feli Nuna has released a new song.
Titled “Anadwo” which means “Tonight” it implies how lovers express themselves together during the night as it goes on to talk about deeper stuff.
The song was produced by Lex.
Take a listen and enjoy the beautiful “Anadwo” below.
https://fanlink.to/Anadwo
Feli Nuna signed to Off Da Ground record label broke into the Ghanaian music scene in 2012. An alumna of Coke Studio Africa 2016, she is known in Ghana for a number of singles including ‘I Like Am’, ‘Lose Control’, ‘Afro Magic’, ‘Dream’ and ‘Azumah’. She has worked with Pappy Kojo, Stonebwoy and Kuami Eugene, and performed at international events including the Yaws Fashion Show in the Gambia and the Asia-Africa Youth Festival in China.L
Continue Reading

Larruso and M.anifest share their candid thoughts on new song ‘The Truth’ 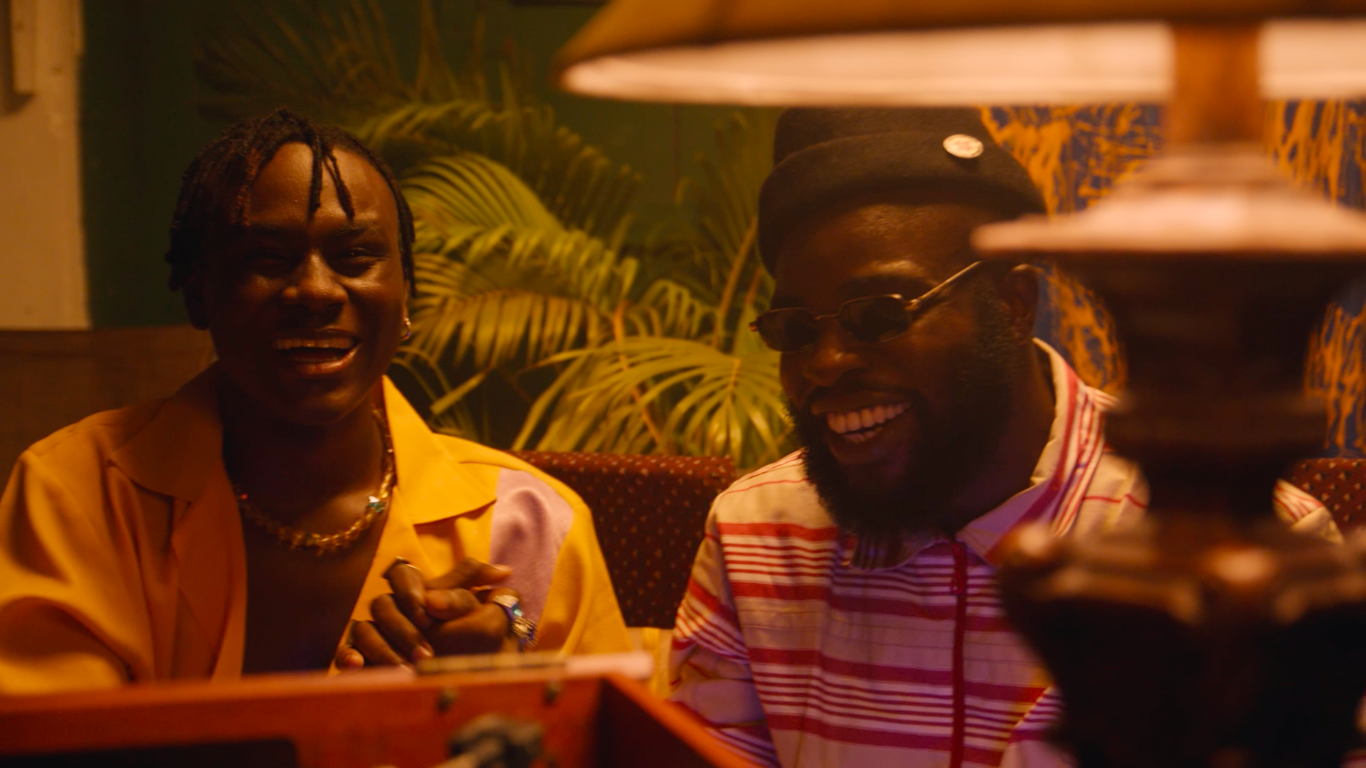 Larruso’s latest release has the Afro-Dancehall prodigy enlist Ghana’s very own god MC, M.anifest, as the two represent the voice of the streets and give an account that is by every means engrossing. Listen here: https://onerpm.lnk.to/Larruso-TheTruth

Titled ‘The Truth’, Larruso offers an Afro-fusion thrill charged with a sweet blend of guitar strings, drums and a deep-toned backdrop courtesy of producer, Phantom, while drawing attention to his impeccable delivery and M.anifest’s entertaining verse. Both artists give voice and much character to their undiluted truths about life in a country that grows increasingly hellish, embracing impending success, as they conveniently touch on Ghana’s mounting economic woes.

It’s a soothing 3-minutes from the Ghanaian dancehall star, one that listeners will have no trouble bonding to as they make their way through their respective weekly grinds.

Listen to ‘The Truth’ by M.anifest here: