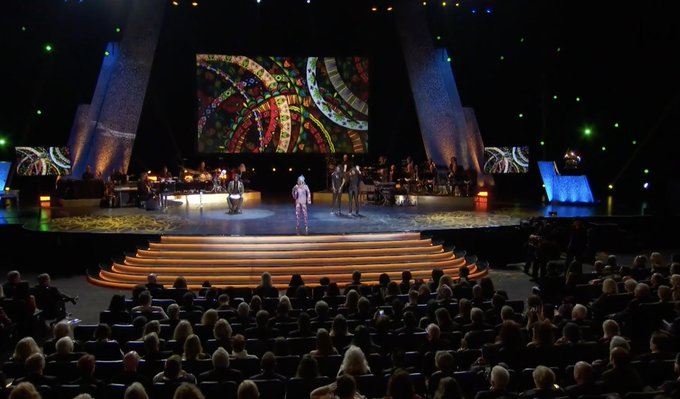 Angelique Kidjo has won the 2020 Grammy Award for Best World Music Album, announced at the Grammy Premiere event ahead of the televised TV show on Sunday. This was her 4th win and 9th nomination at the Grammys. She won with her album ‘Celia’.

During the show, Angelique Kidjo performed her song, ‘Afrika’

Related Topics:Angelique Kidjo
Up Next

Ghanaian actor and entrepreneur, John Dumelo has requested for the funds set aside for the Black Stars, had they qualified to the round of 16 in the FIFA 2022 World Cup, to be used to purchase desks for school kids. END_OF_DOCUMENT_TOKEN_TO_BE_REPLACED

END_OF_DOCUMENT_TOKEN_TO_BE_REPLACED

Accra’s biggest and only photo festival, “Wondaland” is back; this time bigger and better. END_OF_DOCUMENT_TOKEN_TO_BE_REPLACED