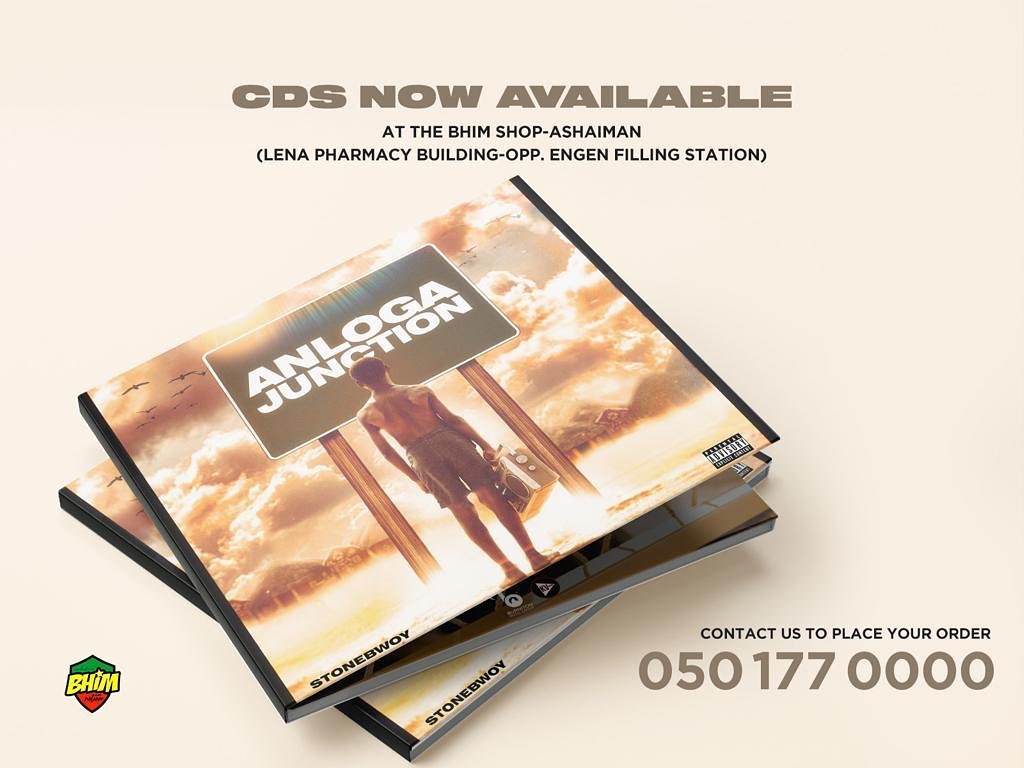 To cushion patrons and fans who are not abreast with how to stream via digital stores, in perspective, patrons who are less tech savvy than the mainstream, Burniton Music Group (BMG) – The official Powerhouse for Nickelodeon &amp; BET Winner| 3-Time Best Reggae/Ragga &amp; Dancehall Artiste in Africa, Stonebwoy, has made the chart topping album, Anloga Junction, accessible on CDs.

The Anloga Junction CDs which is currently in stock at the “BHIM Shop – Ashaiman”(Lena Pharmacy building, opposite Engen Fueling Station) will salvage fans who don’t have direct access to the internet, although many people choose to stream the the reggae/ragga &amp; dance-hall artiste’s fourth studio album digitally for the convenience and access to lots of different songs from his catalogue, there are still lots of audiences who prefer the “old-school” method of playing a physical CD.

The album was released on April 24, 2020 and has since then been setting overwhelming records and standards on all major digital stores across the globe. The compilation became the first Ghanaian project to garner 10 million organic impressions on Audiomack in the first week of its release. It became the first Ghanaian studio collection to top iTunes world album chart and three videos extract off the project also topped Apple Music video chart in the first week of its release.

On Anloga Junction, the Afro-dancehall don pulls off an ambitious task by folding his collaborators’ varied styles into his signature sound. Fellow Ghanaian Kojo Antwi fits the reggae feel of “Nkuto”, and the bass rhythm of “Bow Down” flows in sync with Nasty C’s energy. Frequently singing in his Ewe language, particularly on the Keri Hilson collab “Nominate”, Stonebwoy always finds his way back to the unique style that has made him special.

For the 6th time in 2022, Chief One has copped another major nomination! END_OF_DOCUMENT_TOKEN_TO_BE_REPLACED

Nigerian singer Kizz Daniel has been reportedly arrested by the Tanzanian Police for refusing to perform at an event. END_OF_DOCUMENT_TOKEN_TO_BE_REPLACED

Member of Parliament for the Dome-Kwabenya Constituenc, Sarah Adwoa Safe has penned a sweet message to her partner as they celebrate four years of marital bliss.  END_OF_DOCUMENT_TOKEN_TO_BE_REPLACED