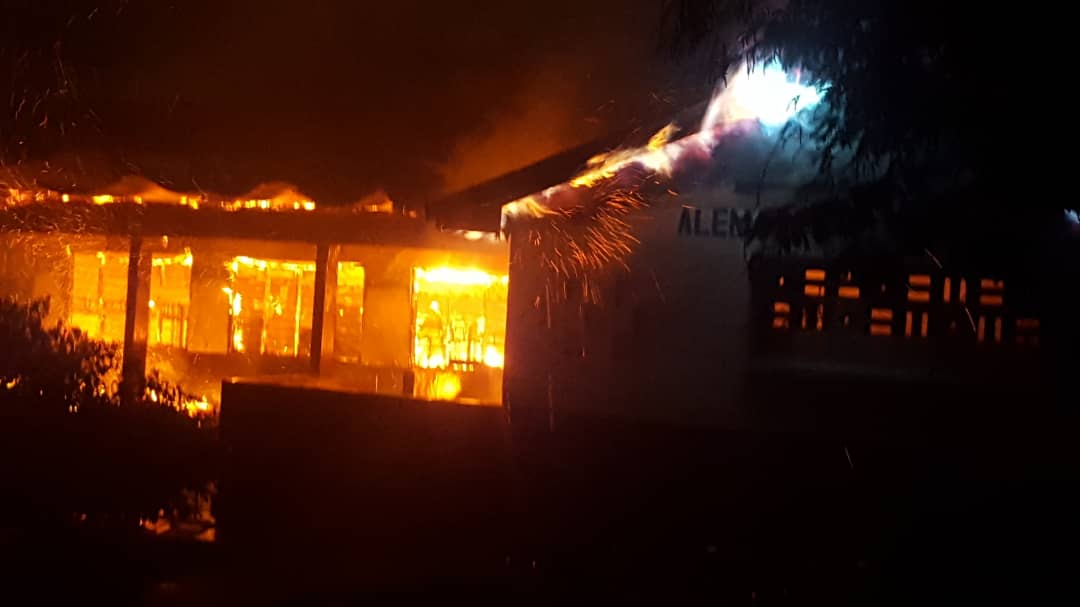 There is another fire outbreak on the campus of Accra Academy, a few days after a similar incident on the campus.

Graphic Online’s Emmanuel Bonney reports that the fire outbreak is at Alema Hall.

Two fire tenders have responded to the distress call and fire personnel are battling the fire.

All the students have been evacuated from the hall.

Social media has been buzzing with photos and videos of the fire outbreak.

Just heard that Accra Academy is on fire again!!!!!!eiiiii what is happening to my school?? 😱😭😭😭😭 💜💚 pic.twitter.com/Fg6lmkTpej

I attended Accra Academy for 3 years and I don't even know which part of the school burning is this😂😂🤔 pic.twitter.com/KGC0XTRUlA

After the last fire, which took place on January 15, authorities at the school appealed for support to rehabilitate the dormitory that was gutted by the fire.

Related Topics:Accra Academy
Up Next

10 Things You Should Know Before Backpacking To New Zealand