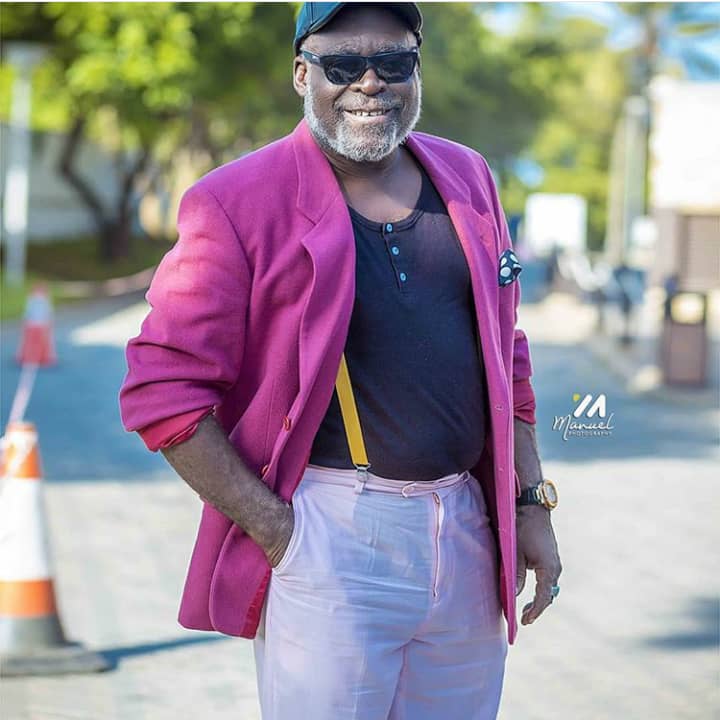 The Film Producers Association of Ghana (FIPAG) has asked Veteran actor, Kofi Adjorlolo to render an unqualified apology to the association for denting the image of its members in his recent interview.

The veteran in an interview with Joy Prime lost his cool over unpaid jobs he had done for some Ghanaian movie producers, describing their posture as unfair.

According to him, he quit his broadcasting career after 17 years to venture into acting, only for movie producers to engage him without fulfilling their parts of the deal.

What irks him the most is the fact that he is said to be worth $800,000 when in actual fact, he has been starved for years.

While stating that many Ghanaian movie producers do not pay actors for their roles in movies, the veteran intimated that a number of actors are still in the business because of the passion they have for it.

He said: “Some of the producers in Ghana here, they should respect themselves…old man like me, they call me to come and work and they can’t pay me…”

“About seven producers in this country owe me monies…why? And then I’m sitting at home, I’m hungry, and then when I’m sick too nobody pays attention…Look we have elderly people lying down on their sickbeds and these producers owe them. Actors in Ghana here know what I’m talking about, these producers don’t pay!”

Mr. Adjorlolo’s outburst has touched the nerves of FIPAG as the association says the veteran has “cast a slur” on members.

President of the association James Aboagye in an interview with GhanaWeb said Adjorlolo failed to “use internal structures”, adding that his suggestion that up and coming actors are not paid is false.

“You’ve not reported to Actors Guild nor FIPAG, neither did you mention names… Then at the end of the day, you come out to make unnecessary complains and say negative things.

“He should have mentioned names to solidify his point. Make your claims concrete, come with evidence so we know how to solve it instead of making wild allegations. Who told you up and coming acts are not paid? Who told you? Have you spoken with any of the artistes? It’s in bad taste,” Mr. Aboagye fumed.

According to him, Adjorlolo has been asked to apologise within 14 days – “failure to do so would see the association advice itself on his status and positioning in the film industry.”

On what that means, the filmmaker said “We will meet and collectively take a decision.”

Ghanaian rapper, Eno Barony has stated that it has never been her intention to make”controversial” music. END_OF_DOCUMENT_TOKEN_TO_BE_REPLACED

The MELCOM Group of Companies has opened its newest branch, a three-story Superstore at East Legon on the Boundary Road, opposite the Gethsemane Cemetery in Accra. END_OF_DOCUMENT_TOKEN_TO_BE_REPLACED

Ghanaian actress, Nana Ama Mcbrown has recently shared a post on her Instagram page with a caption that has infused worry among her followers. END_OF_DOCUMENT_TOKEN_TO_BE_REPLACED

Popular Nigerian media personality, Toke Makinwa has disclosed that she was robbed in London, Uk. END_OF_DOCUMENT_TOKEN_TO_BE_REPLACED