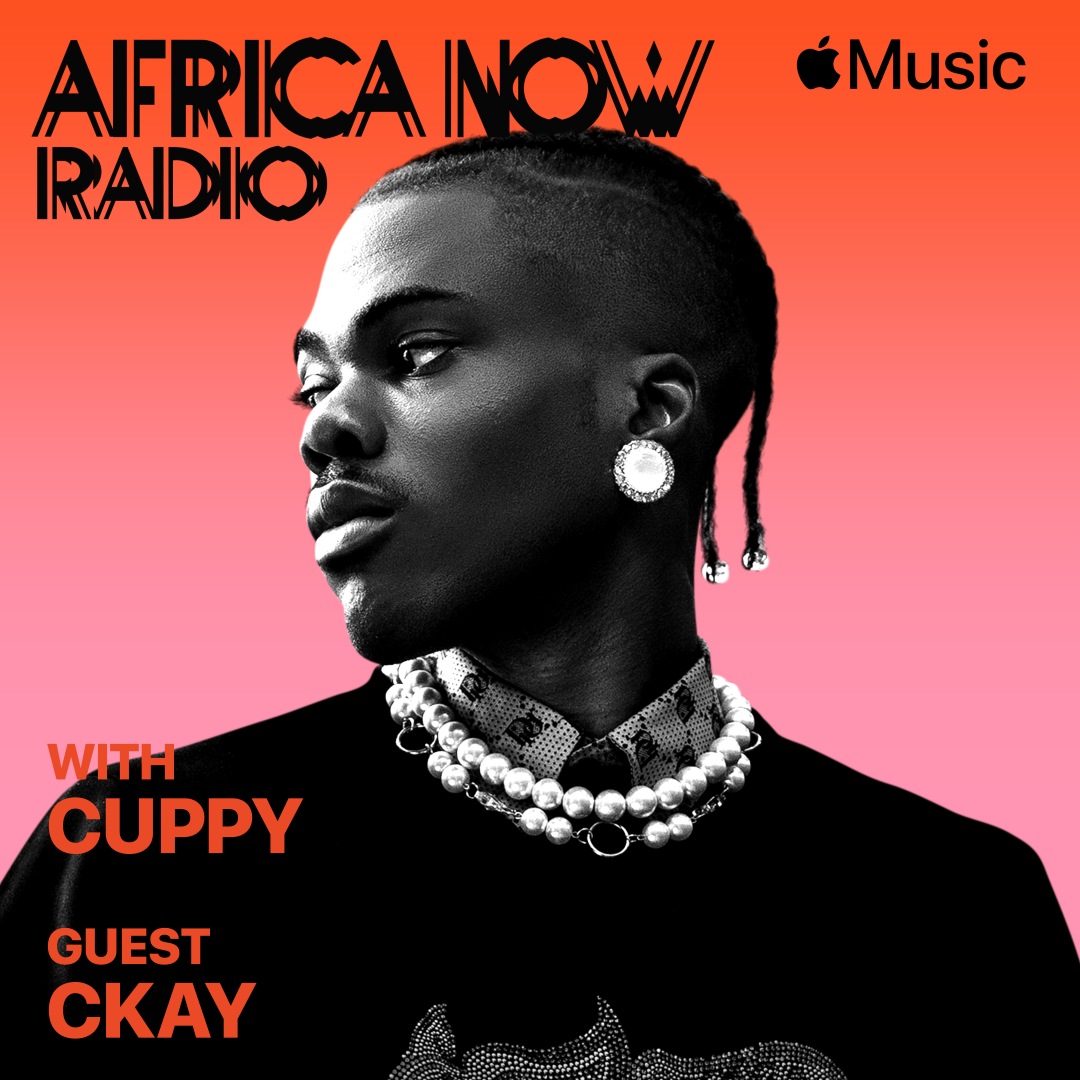 This Week’s Episode Features a Conversation With CKay, the 5 Hottest Tracks of the Week, and Moe Musa’s Favorite African Proverb!

Tune in to Africa Now Radio With Cuppy This Sunday, February 21st at 2p Lagos/London / 3p Johannesburg/Paris / 6a LA / 9a NYC Only on Apple Music 1

Cover Star Interview
Nigerian singer CKay is this week’s cover star, and joins Cuppy via FaceTime on Apple Music 1 to talk about his latest track, “Felony.” He also discusses his new EP, ‘Boyfriend,’ a personal “diary” which tells the story of past relationships; being hands-on; and the impact of his oft-remixed 2019 single, “Love Nwatiti.”

Africa Rising
South Africa’s Musa Keys is the latest Africa Rising cover star, a campaign which shines a light on the next generation of African superstars. https://apple.co/3qxKP2i

Proverb of the Week
Nigerian film and music video director Moe Musa shares his favourite proverb: “He who sees an old hag squatting should leave her alone; for who knows how she breathes?” The proverb reminds us to respect everyone’s individual journey.

Tune in and listen to the full episode this Sunday, February 21st at 2p Lagos/London / 3p Johannesburg/Paris / 6a LA / 9a NYC on Apple Music 1 at apple.co/_AfricaNow.

Ckay on title of EP ‘Boyfriend’

Ckay on his hands-on approach to his work

Cuppy: “Oh, my gosh. You guys, my listeners need to go and check out her artwork because it’s amazing, and then you have that number plate with ‘boyfriend’ on the back.”

Ckay: “I designed it myself, actually, the artwork.”

Cuppy: “Oh. Not, you being the artist, the instrumentalist, the producer, the songwriter, the graph… Is there anything you don’t do?”

Ckay: “I’m not the best dancer. Maybe when they were sharing dancing skills I wasn’t around.”

Ckay on the success of “Love Nwatiti”

Ckay: “Crazy story how that song [“Love Nwatiti”] happened, man. I literally freestyled that song in my living room. Right?”

Ckay: “At 1:00 AM just before I slept. The plan was to come back in the morning and the chorus… Sometimes, when I record, I just lay melodies, then put words to them later. So I was like, [sings] ‘I’m going to put words to it in the morning.’ We all realized that, yo, this is actually perfect the way it is, so that’s how that song happened. It’s so crazy that that song went so crazy.”

Moe Musa’s proverb of the week

“I think this goes out for the social media gang because there’s a lot of hearsayers and dosayers around. So I think the proverb I’m going to use is, ‘He who sees an old hag squatting should leave her alone, who knows how she breathes.’ The meaning of that is we should never interfere in someone’s issues, particularly when you don’t know anything about them.”

Mr Eazi joins Nadeska on Apple Music 1 to talk about his latest EP ‘Something Else’ and ‘Life is Eazi, Vol. 3.’