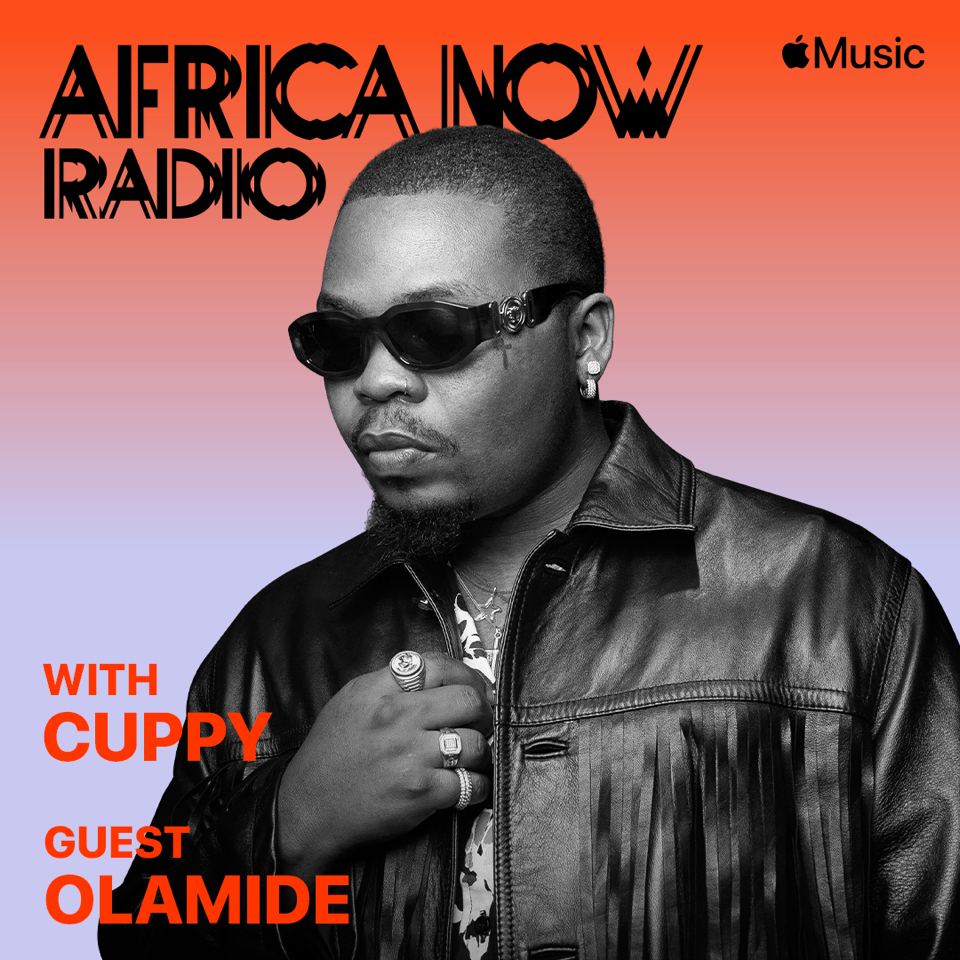 This Week’s Episode Features a Conversation With Olamide, the 5 Hottest Tracks of the Week, and Del B’s Favorite African Proverb!

Tune in to Africa Now Radio With Cuppy This Sunday, October 11th at 2p Lagos/London / 3p Johannesburg/Paris / 6a La / 9a NYC
Only on Apple Music 1

Africa Rising
Big Brother Naija Season 5 winner Laycon is this week’s Africa Rising artist, a campaign and companion playlist which shines a light on the next generation of African superstars.

Proverb of the Week
Renowned Nigerian producer and sound engineer, Del B, who has worked with the likes of Wizkid and Davido shares his favorite African proverb: “If you think you’re too small to make a difference, try spending a night as a mosquito.”

Tune in and listen to the full episode this Sunday, October 11th at 2p Lagos/London / 3p Johannesburg/Paris / 6a LA / 9a NYC only on Apple Music 1 at apple.co/_AfricaNow

Olamide on being an exec for Fireboy DML

Cuppy: Look at you. You’re just so much more than an artist. And talking about that, everyone knows you are a music exec, possibly the hottest music exec in Africa right now. You are responsible for one of our biggest artists right now, Fireboy. What is it like just seeing the phenomenal growth? It’s like planting a seed. Now you haven’t made a tree. You’ve made a forest. So tell us what it’s like?

Olamide: To be honest with you, I’m 100% happy with the growth of the brand Fireboy so far. And I hope and I pray this won’t be the last, because it’s something that I just, I feel like it’s my only true way of giving back to the society. Because I don’t want to wake up in the morning or wake up the next day and be, not like I have issues with people that wake up and complain about the government, but I don’t want to be part of those people. I want to be part of the people that just speak up and find solution.

Before we got into the whole video thingy, I had to set up a meeting with CP, Clarence Peters, to have a listen to the project. I painted my own picture for him. Like, “Yo, this and this is what I want the visuals to look like.” Then when he listened to the project, he saw the possibilities of bringing that into reality. He just went back to his drawing board and come up with the treatment, and everything was exactly the way I painted the pictures in my head.

My proverb of the week goes like this: “If you think you are too small to make a difference, try spending a night with a mosquito.”